Big Idea 7: Remembering the Veterans of the Revolutionary War

How do we remember, celebrate, and honor the diverse people who fought in the Revolutionary War? The answer to this question has changed over time and has depended upon just who is doing the remembering.

In the decades after the war, the United States Government and the various states issued pensions to Revolutionary soldiers who were still alive as monetary compensation for their service. But the veterans of the Revolutionary War have been rewarded and remembered in many more ways. Beginning during the war, and continuing through to today, monuments have been built to commemorate those who fought in the war and participated in the important events that shaped its outcome. Lineage groups have been created to celebrate people's family connections to Revolutionary War veterans. And artists like Don Troiani call attention to Revolutionary War veterans through paintings that feature men and women in scenes both on and off the battlefield.

In 1783, at the end of the Revolutionary War, the Continental Army discharged its soldiers and disbanded. Soldiers who shared tents, cooked together, and battled the British Army and its Hessian and Native American allies parted ways and returned home. These soldiers were the first veterans of the United States of America.

Most men returned home with little more than a worn-out uniform and a signed paper discharge. Since the government lacked funds to pay the soldiers at the time of their discharge, most returned home with uncertainties about the future. Would they receive land, as promised by the Continental Congress, as a reward for their service? Would they receive the back pay owed to them? Would the paper currency or promissory notes (promises of future payment) they had in their pockets retain their value, or would they now be considered worthless? Would they receive a pension in the form of payment for their service? Would there be employment opportunities back home?

Don Troiani’s painting The Veteran’s Return captures the moment when a Continental Army veteran returns to his New England home. His parents, wife, and children greet him with excitement and happiness. The veteran is wearing his uniform and his knapsack contains his few belongings, including a blanket. He is without his musket, bayonet, and cartridge box. Most of the Continental Army’s weapons and items remained government property after the war. While Congress granted some men their weapons and equipment as partial compensation for their service, some penniless veterans were forced to sell these items before they reached home.

When the country had drained the last drop of service it could screw out of the poor soldiers, they were turned adrift like old worn out horses, and nothing said about land to pasture them upon.

Many soldiers arrived home with no money. They often did not own land and lacked the skills necessary for jobs. Before the war, most men in their late teens or early twenties learned skills to practice a trade, became farmers, or sought higher education. Fighting in the war meant the time to develop these opportunities was lost. As a result, some veterans were forced to become tenant farmers or manual laborers. Other soldiers borrowed money to make a new start, but then struggled to pay their debts. Many people — veterans and civilians alike — wondered how the government of the new United States of America would take care of these men who fought to establish the nation.

From Pay to Pensions for the First Veterans

When soldiers were discharged from the Continental Army, they received promissory notes instead of being paid. Low on funds during and after the Revolutionary War, the states and Continental Congress issued these notes as government IOUs to soldiers because the government had no money to pay them. In the years following the war, these IOUs lost value in the struggling economy, making the money soldiers were promised worth less. Many poor veterans had a difficult choice to make: wait for their pay slips to reach full value, which could take years, or sell them for cash at a reduced value.

Many poor veterans chose to sell their pay slips to buy food and clothing. As a result, the little money they had was not enough to pay for their rent. Some veterans took matters into their own hands. Daniel Shays, of Massachusetts, led a rebellion of farmers who demanded better treatment. As the pay that veterans received for their service lost its value quickly, many looked to the government for further assistance in the form of a pension.

As early as 1776, Congress began promising pensions to officers of the Continental Army. However, it was not until 1818 that Congress and President James Monroe, himself a veteran of the war, passed the first veterans’ pension legislation to benefit common soldiers. By this point, thirty-five years after the war’s end, many of the eligible veterans had already died. Those still alive in 1818 had to meet certain requirements: they needed to have served at least nine months in the Continental Army or Navy and needed to be in “reduced circumstances.” Therefore, veterans of the state militias, men who served only a short term, and those who were not struggling with poverty were not eligible to receive support with this act.

Even with these barriers, so many men applied (about 20,000 by November 1818) that Congress added a new requirement in 1820 that pensioners had to reapply and prove their financial need by providing a list of their possessions and explaining why they could not earn enough to support themselves and their families. Many, however, refused to complete this process. Some may have felt that the request to demonstrate their poverty was humiliating. Others may simply not have had the time to complete the lengthy requirements. However, the applications from those who applied revealed that tens of thousands of former soldiers were extremely poor.

In 1832, Congress passed the first pension act that provided a yearly sum to every man who had served for six months or more. This was due to the efforts of Henry Hubbard, a member of the House of Representatives from New Hampshire. Hubbard argued that the government was now in a better position to pay the remaining veterans. As a result of the 1832 Pension Act, all former soldiers were eligible, regardless of their economic status, health, or branch of military service. To receive the pension, a soldier would have to come before a court of law to prove beyond a reasonable doubt that he — or, in a few cases, she — served in the war by providing detailed testimony and gathering support letters from fellow soldiers, neighbors, family members, or others who could vouch for them. Widows who were married to soldiers during the war were also eligible to receive pensions if they could prove their wedding date. Some widows like Martha Bonner even submitted needlework with her marriage date as part of her husband’s pension application to prove the date of their union.

Over the next few decades, over 80,000 people, including male and female soldiers, widows, and even one widower, applied for pensions. After the 1832 Act, thousands of applications were received with detailed accounts about the experiences of soldiers during the war. These applications describe conditions during battles and campaigns, challenges soldiers faced, like food and water shortages, locations of army headquarters, and army movements. They detail small moments, like what soldiers did in their spare time and the tricks they played on their officers.

Even though thousands received pensions, many applications were rejected. Often, this was due to missing discharge papers and lack of proof of service. The war had ended at least 35 years before common soldiers were first able to apply. Many had lost their paperwork as life went on. Veterans of African descent and Native Americans were often rejected by judges who refused to see them as equally deserving of pensions as white men. Widows were also frequently rejected when they were unable to provide proof of their marriage date. The pension acts represented the nation’s recognition that caring for their aging revolutionary generation was important, but many veterans did not receive the funds they deserved. 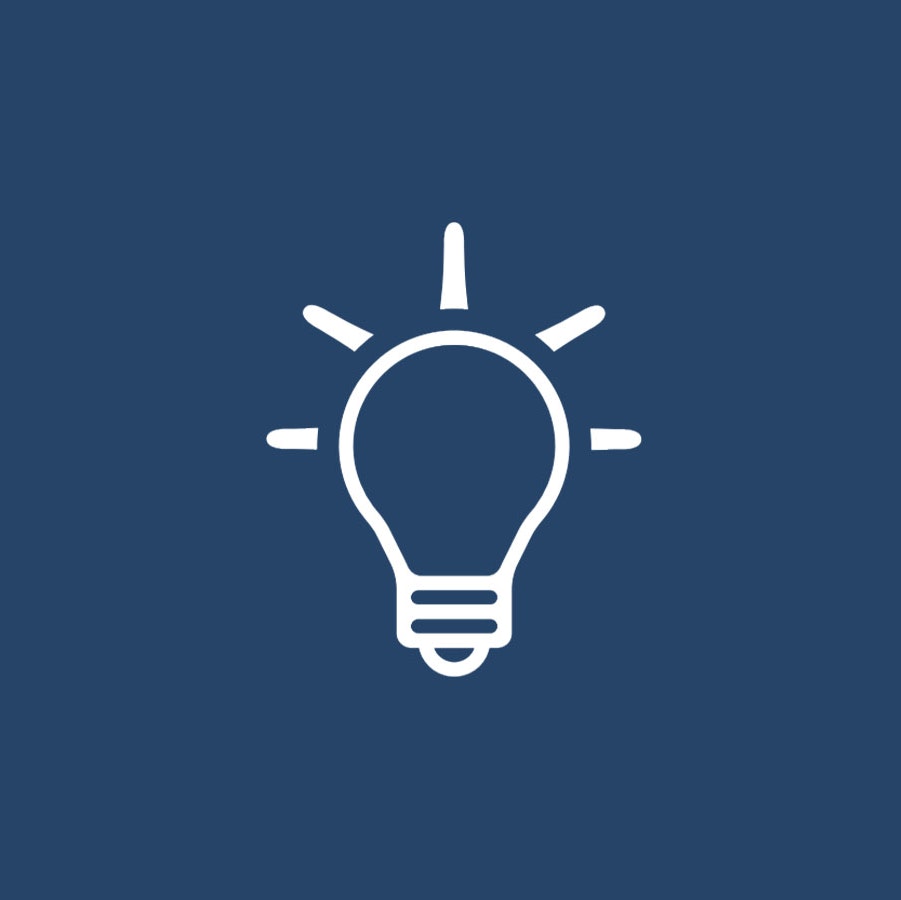 Many families of veterans, and others, have started private collections of artifacts from the Revolutionary War including weapons, uniforms, and private letters. Sometimes, collectors lend or donate part of their collections to museums. Along with displaying artifacts, museums, like the Museum of the American Revolution in Philadelphia, feature live first-person performances that tell the stories of veterans like Joseph Plumb Martin and James Forten. Museums have also created exhibits that share stories of Revolutionary War veterans, such as the Museum of the American Revolution’s exhibit, Hamilton Was Here: Rising Up in Revolutionary Philadelphia which shared the story of how Alexander Hamilton’s military service influenced his later career as a politician and government official.

These live performances and exhibits call attention to veterans' struggles and achievements before, during, and after the war to help us consider the American people’s ongoing and evolving relationship with the nation’s veterans. In addition, academic studies on veterans of the Revolutionary War have shed light on the challenges and opportunities that veterans faced when they returned home, as well as documenting their pension applications that give us an insight into their daily lives during and after the war.

Monuments are structures, such as statues and buildings, created to celebrate the memory and achievements of a person or event. Since even before the Revolutionary War’s end, Americans sought to remember the war and its participants by creating monuments. But their desire to do so and their views of the war and its participants have changed over time.

Throughout these time periods, monument themes have largely remained the same, emphasizing the patriotism, unity, and sacrifice of veterans who fought for liberty.

The Revolutionary War and its veterans have also been remembered through works of art. Early artists like Charles Willson Peale and John Trumbull were veterans themselves and celebrated fellow veterans through their paintings. Later artists like William Trego remembered the critical moments of the war. Trego’s The March to Valley Forge, for example, portrays the Continental Army at one of its darkest moments, limping into the encampment at Valley Forge in 1777. Modern day artists such as Don Troiani create paintings to help us imagine what the war looked like through depictions of famous battles and lesser-known moments. Explore the Museum of the American Revolution’s virtual exhibit, Liberty: Don Troiani’s Paintings of the Revolutionary War, to get a sense of what the war looked like, based on the latest research, for the diverse groups of men and women who experienced it.

We can remember those who experienced the Revolutionary War today in various ways. Visit a monument to the war, read a pension application or biography of a veteran, or even thank a modern veteran for their service to defend the ideals of the United States established as a result of the Revolutionary War. The 250th anniversary of the Declaration of Independence is to be celebrated in 2026. Celebrations from coast to coast are being planned today. How can you help remember the veterans of the Revolution?

Big Idea 7: Remembering the Veterans of the Revolutionary War

Explore modular activities and ready-made worksheets to help your students dig deeper into the complexities of the Revolutionary era through the work of nationally renowned historical artist Don Troiani.
Read More

Explore these short framing essays to discover how the works of historical artist Don Troiani bring the compelling stories about the diverse people and complex events of the American Revolution to life.
Read More

This glossary provides definitions that may be useful as you explore the Liberty: Don Troiani's Paintings of the Revolutionary War Teacher Resources, Big Ideas, and Primary Sources.
Read More