Not every colonist supported independence from Great Britain. Resistance to independence was present throughout the colonies and the decision to separate was not a certainty even as the Second Continental Congress prepared to vote on it. Revolutionaries who supported Independence from Britain had never achieved a majority and there were still many colonists who attempted to remain neutral on the matter. Loyalists were firmly opposed to independence and wished to remain part of the Empire. They outnumbered Revolutionaries in several areas and supported the crown for a variety of reasons. Some of them had spent years criticizing the Empire’s treatment of the colonies, but ultimately disagreed with separation. The complexity of colonial resistance to independence shows an American community that was often fiercely divided, with the topic of independence being argued about throughout British North America.

For King and Country: Loyalist Perspectives on Independence

Some of the resistance to independence came from officials who had strong ties to the British government. These individuals, used to working within the system to achieve their goals or benefiting from the system of government itself, were more likely to support British policy given their roles. One such person was William Allen, former mayor of Philadelphia and a longstanding Chief Justice of the Supreme Court for the Pennsylvania colony. He wanted colonists to work within the boundaries of the British Constitution and seek an agreement with Parliament. He and others like him had faith in British government. They were also more cautious about taking on the risk of overturning a political system that had given them opportunities for wealth or political power. Doing so just to start again with a new government that was not yet defined created a great deal of uncertainty about their futures.

Others valued the peace and order that the British Empire brought to their lives. American colonists enjoyed the protection of Britain’s military, especially its powerful navy which guarded American overseas trade. They had also historically paid far less for government services and military protection than those living in Great Britain. Taxes in Great Britain were far greater than those in British North America and the British military had shouldered a larger burden than Colonial forces during the recent French and Indian War. Independence would mean sacrificing those benefits.

Besides the high stakes of leaving the Empire, the behavior of Revolutionaries seeking independence could also be worrisome to some. Those that suffered harassment or violence at the hand of Revolutionaries often disagreed with their fiery nature and became more opposed to the independence movement as a result. Nicholas Cresswell, a native of Derbyshire, England, visited the colonies and was disgusted by the behavior of Revolutionaries. He documented their rebellious activities in his journal, where he expressed shock and dismay at loyal subjects of the crown being tarred and feathered or having figures representing them burnt in effigy. From his perspective, Revolutionaries were infiltrating every corner of the colonies and encouraging dangerous, treasonous behavior. For him and others, the extreme tactics that Revolutionaries used to advance their goals meant that they could never support the movement for independence.

Early protests against British policy had often been focused on economic issues affecting colonists, but not all colonists who struggled economically were convinced that independence would improve their situations. Parliament’s attempt to maintain control over colonial economies caused many merchants great distress. However, for some of the wealthiest merchants, independence still brought the tremendous risk of being shut out of British markets for trade. Though many of them had disagreed with Parliament’s direct taxation of the colonies, even that often wasn’t enough reason for them to support changing the economic system that had made them their fortunes.

Not everyone who opposed independence did so for economic reasons. Just like Revolutionaries, the ranks of Loyalists included farmers, shopkeepers, and artisans, but some of them were distrustful of the movement for independence. They felt that it was being led by wealthy gentry that they had little in common with. When the time came, Flora MacDonald and her family answered the call from the Royal Governor of North Carolina to support the crown against the rebellion. They had spent the preceding years living in the interior of the southern colonies and were suspicious of the independence movement that had grown along the coast.

Just as Revolutionaries enjoyed more support in certain colonies, so did Loyalists. Larger numbers of Loyalists existed in New York, Pennsylvania, and the southern colonies, but even Revolutionary strongholds like Massachusetts contained some Loyalists. During the spring of 1776, numerous Massachusetts towns voted on the question of independence. Many, but not all, voted to support independence. One town that voted to oppose the idea was Barnstable, Massachusetts. Edward Bacon, a loyalist, successfully argued that his fellow townspeople in Barnstable already enjoyed free trade, as if they were independent. War against Britain would only disrupt that freedom. Though Barnstable was just one town within a larger colony, officials in the colonial governments of Pennsylvania and Maryland slowed the speed of the independence movement by restricting their delegates’ ability to vote in favor of separation. When delegates expressed support for the removal of officials who were obstructing independence, their colonial governments gave in, finally providing them with instructions to pursue independence if other colonies proposed the measure.

Those in British North America were not the only ones concerned about the possibility of American independence. Others across the Empire watched these developments with great interest. A challenge to British authority had the potential to be felt not just in the colonies, but in Britain itself. British merchants and some members of parliament had initially been sympathetic to colonial resistance, but rebellion was far more serious than their earlier political resistance. Support for American colonists in Britain had fallen when American militia shed the blood of British Regulars. Attacking these soldiers was considered by many in Britain to be an attack on the King himself.

Many of Britain’s other overseas colonies were located closer to the rebellious American colonies than Britain itself was. The Continental Congress had attempted to reach out to other British colonies in North America in the hopes of gaining allies to create a more powerful resistance. Colonies in the Caribbean were hesitant to support the American colonies. They feared that joining in rebellion would bring economic consequences and possibly encourage a revolt among the enslaved population. Jamaica’s colonial assembly made their official position on American independence known by issuing a statement of loyalty to Great Britain.

The developing situation in North America offered a unique opportunity for the former French subjects living in the British colonies of Quebec, Nova Scotia, and New Foundland. They had been absorbed into the Empire after Britain’s victory in the French and Indian War. Allying with other American colonists had the potential to let them escape from British rule, but they distrusted the Americans to their South. Cultural differences existed between them, especially in terms of religion. These former French subjects were largely Catholic, while religion in the other American colonies was largely dominated by different types of Protestant faiths. Their distrust became stronger when American military forces attempted to preemptively conquer them. This military operation overestimated the amount of Revolutionary support in the region and was easily defeated at an ill-advised Siege of Quebec. The attack badly damaged support from the colonies to the north, with many of those colonists being content to stay under British rule rather than ally themselves with the American colonies to the south.

As the conflict with Revolutionaries grew, Britain began searching for allies and supporters within North America. 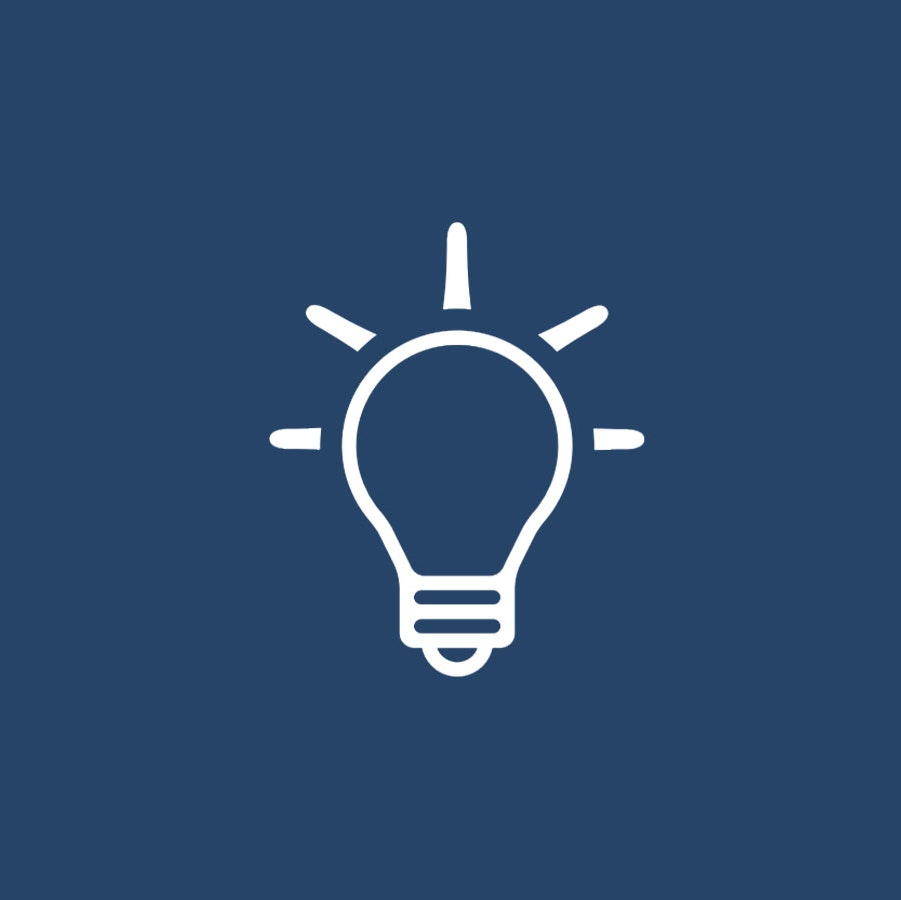 Thomas Paine’s pamphlet Common Sense was published in January 1776, making an argument for independence that helped steer some colonists toward embracing the idea. For other colonists, his words had the opposite effect. The pamphlet inspired responses from Loyalists, with some publishing pamphlets of their own. James Chalmers authored his own pamphlet to offer counterarguments to Common Sense, in March 1776. It was called Plain Truth.

James Chalmers argued, among other things, that Britain’s Constitution had protected it from the tyranny of Kings in the past, so Thomas Paine’s complaints against the monarchy were invalid. Another author, Charles Inglis, stated “I find no Common Sense in [Thomas Paine’s] pamphlet, but much uncommon phrenzy.” He made the practical argument that the American colonies could never defeat the British Empire in a military conflict and independence would bring only ruin.

The argument for an alliance with foreign powers, specifically France and Spain, was a central idea of Common Sense. Though the logic that independence would secure an alliance appealed to some, it repelled others. Many American colonists were still upset that Parliament had allowed those in the formerly French colonies to retain their customs and religion with the Quebec Act in 1774. Entering an alliance with the largely Catholic nations of France and Spain was unthinkable to some.

Additionally, Paine’s rough around the edges writing style may have appealed to some people, but it was disturbing to others. His language was brash and forceful. Some colonists who read it may have been reminded of zealous Revolutionaries harassing those that didn’t agree with them. In these cases, some colonists who had previously protested British policy were convinced not to heed Thomas Paine’s call for independence.

Independence proved to be a step too far for some colonists. For some living in British America, the smart choice seemed to be to back the British.