Our understanding of history comes from many different sources. This includes artwork, which has the power to help us imagine historical events and what it was like to experience them firsthand. Examining work by artists who personally participated in the war, such as Charles Willson Peale, or artists living today, such as Don Troiani, challenges us to deeply explore each image in detail to appreciate and analyze their complex stories. Using examples of artwork from various artists and from the Museum’s latest exhibit, Liberty: Don Troiani’s Paintings of the Revolutionary War, we can investigate how artwork, specifically paintings, can help and perhaps hinder us, as we seek to better understand the war.

Artists have always created images of historical wars. But when using art as a means to understand the past, we must be careful not to assume that everything these artists depict is accurate. Careful consideration must be given to understand why the artwork was created. For example, a representation of a battle may have been glorified to elevate the popularity of the military leaders or make the victory appear more one-sided. Oftentimes, artists focus more on the impression a painting will make rather than accurately portraying the details. So, we must ask ourselves, what was the artist’s motivation? Who were they creating it for? And what reactions did they hope to inspire? As we explore a few of the artists who painted the Revolutionary War, we will ask and try to answer these questions. 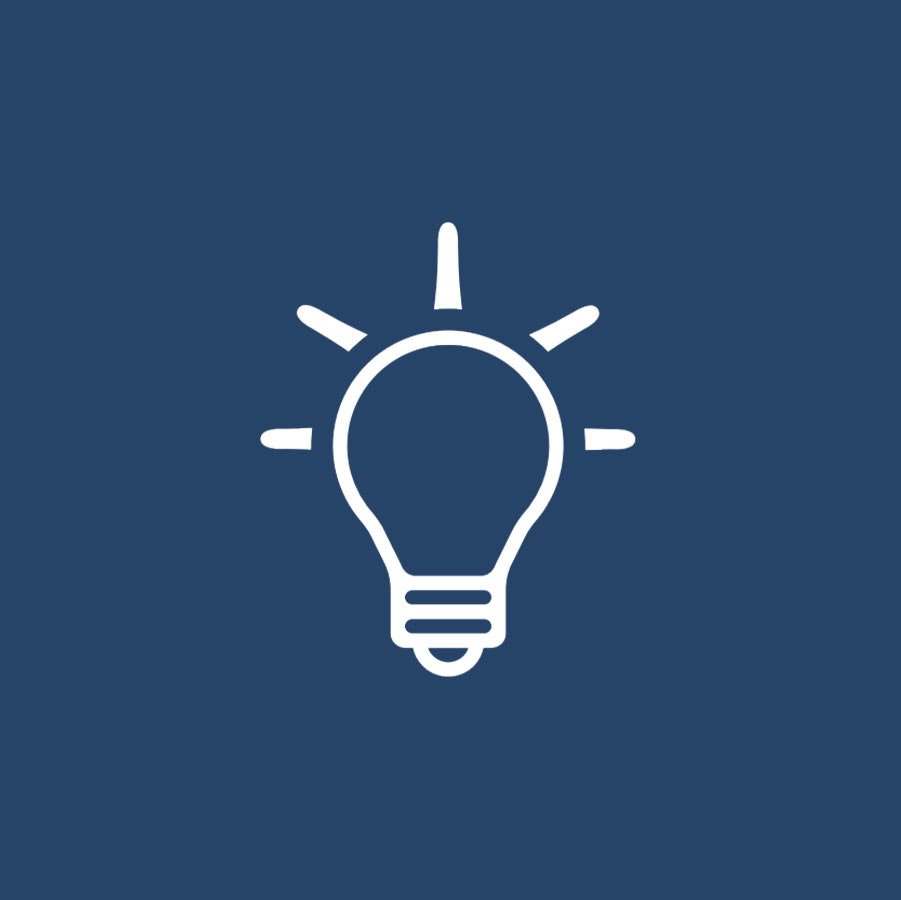 Charles Willson Peale had 17 children, 11 of whom survived to adulthood. He named his first several children after famous artists, including Raphaelle, Rembrandt and Rubens. In 1794, he began to name them after famous scientists, reflecting his changing interests from art to the sciences. This included Charles Linneaus and Titian Ramsay.

Artists who experienced the war first-hand were the first to paint scenes from the Revolutionary War. Directly participating in the war allowed them to become eyewitnesses to the events they looked to portray.

CHARLES WILLSON PEALE (1741-1827)
Charles Willson Peale began his career as a saddlemaker before deciding he wanted to become a painter. He studied in London in the 1760s under the prominent American painter, Benjamin West. Returning to Maryland as a trained artist, Peale painted his first portrait of George Washington in 1772. He then served in the Pennsylvania militia for three years during the Revolutionary War. During this time, Peale was able to observe Washington in many crucial situations, including during the Battle of Princeton where Peale himself fought.

During the Revolutionary War, John Hancock commissioned Peale to paint Washington’s portrait to celebrate driving the British out of Boston in March 1776. Washington sat for Peale six other times and using these images, he was able to paint over 50 portraits of Washington! These portraits provided people in the new nation and around the world with real life images of Washington. Peale’s paintings celebrated Washington's leadership during the Revolutionary War and as the nation’s first president. After the war, Peale settled in Philadelphia and founded one of the nation’s first museums called the Peale Museum. He also founded the Pennsylvania Academy of the Fine Arts, where artists such as William Trego, Howard Pyle, and Don Troiani studied.

JOHN TRUMBULL (1756-1843)
If you are standing in the rotunda of the United States Capitol Building today, you can look up and see eight huge historical paintings. Four of these paintings were created by John Trumbull, a veteran of the Revolutionary War. Like Charles Willson Peale, Trumbull was an eyewitness to many of the events of the Revolutionary War and was personally acquainted with many of its leaders. Trumbull briefly served in the Continental Army alongside George Washington. After the war, again like Peale, Trumbull studied painting in London under Benjamin West. Trumbull returned to America as a successful painter during a time of increased patriotism.

After the War of 1812, a wave of national pride swept the country as the new nation celebrated its ability to defend itself against the British a second time. As the government considered ways to rebuild the United States Capitol, which had been destroyed by the British in 1814, Trumbull was hired to create four large paintings to decorate it. These paintings were meant to celebrate important moments from the American Revolution: the signing of the Declaration of Independence, the surrender of General Burgoyne, the surrender of Lord Cornwallis, and General George Washington resigning his commission. The subjects of these paintings were chosen deliberately to include two military victories and two political moments.

For the painting Declaration of Independence, which shows the presentation of the draft of the Declaration to the Continental Congress on June 28, 1776, Trumbull consulted John Adams and Thomas Jefferson about details such as who was present and what they were wearing. Since many of the congressmen from 1776 were still alive, Trumbull was able to paint their images from life. The painting was highly celebrated when it was installed in the Capitol in 1826, but the painting has been criticized for its inaccuracies. For example, it includes men who were not in attendance at the presentation of the draft of the Declaration. However, Trumbull's paintings have continued to symbolize the spirit of the American Revolution in history textbooks up to the present and continue to be seen in the nation’s Capitol Building.

Artists of the 1800’s: Emanuel Leutze and William Trego

During the mid-late 1800s, many Americans began to realize that the memories of the Revolutionary War were fading. Veterans of the war were passing away and the war was becoming erased from living memory. Artwork about the war created during this period was symbolic and tended to focus on romanticizing events and leaders to inspire a new generation of Americans to remember their revolutionary past.

EMANUEL LEUTZE (1816 – 1868)
Emanuel Leutze’s Washington Crossing the Delaware, completed in 1851, is probably the most famous painting of the Revolutionary War. Leutze created this painting in 1848 during a period of revolutions that were spreading across Europe. These revolutions attempted to overthrow the monarchs in several countries like France, Italy, and Germany, where Leutze was born. None of these revolutions were successful, however, and many Europeans began to feel disillusioned. They weren't sure that revolutions could be successful in their own countries.

Washington Crossing the Delaware celebrated the spirit of the American Revolution by highlighting the heroism not only of George Washington, but of the diverse group of men that accompanied him across the icy Delaware River separating Pennsylvania (and the Revolutionary capital of Philadelphia) from the Hessian and British soldiers planning to attack it. While this painting has been criticized for inaccuracies, Leutze used his artistic license to create a patriotic painting that celebrated the success of the Continental Army with the help of men from all backgrounds. The crossing led to victories in Trenton and Princeton, resulting in a huge morale boost for the Revolutionaries. Leutze’s painting captures the significance of the event, and embodied a message to his contemporaries that revolution was possible even when the odds seemed slim.

WILLIAM B. T. TREGO (1858 – 1909)
William Trego was born the son of artist Jonathan Trego. At the age of two, Trego suffered a debilitating illness — possibly polio — that left him unable to move his fingers and hands. Despite this, he learned to paint by gripping a brush between the thumb and forefinger of one hand while moving it with the other. Trego was a young boy at the end of the Civil War and heard tales of wartime adventures from relatives and neighbors, inspiring his interest in armies and battles. After studying art in Philadelphia, Trego became a celebrated artist known for his paintings of the Revolutionary War and the Civil War. In his attempt to recreate scenes from these wars, Trego studied artifacts used by soldiers, as well as their surviving uniforms. He then commissioned costuming for models.

Trego was inspired to paint his most famous work, The March to Valley Forge, after reading a passage from Washington Irving’s Life of Washington, an extensive biography of George Washington. It read: "Sad and dreary was the march to Valley Forge.... provisions were scant, clothing was worn out, and so badly were they off for shoes, that the footsteps of many might be tracked in blood." Trego chose to bring this passage to life by painting Washington leading the Continental Army as they limped into their winter encampment at Valley Forge in Pennsylvania, several miles from British occupied Philadelphia. Trego emphasized the wintery conditions experienced by the Continental Army in December 1777. However, historians believe he may have exaggerated how much snow was on the ground that day and how cold it was based on the diaries of those present with Washington. Despite this, Trego’s The March to Valley Forge remains an iconic image of the Continental Army at one of its darkest moments.

DON TROIANI (b. 1949)
From the 1900s to the present day, artists have continued to paint images of the Revolutionary War. These artists have had more access to various research tools and primary sources that have allowed them to paint a wider range of images focusing on different perspectives. In addition, more histories of the war are being written that share the experiences of people whose stories have been forgotten or excluded from earlier histories. These images can help us consider how the war looked for different groups, rather than focusing solely on the leaders of the war during epic moments.

Based in Connecticut, artist Don Troiani is an active painter of historical scenes and has dedicated much of his decades-long career to imagining and recreating what the Revolutionary War looked like. Troiani’s paintings reflect his passion for researching, which often begins over five or six years before he puts a paint stroke on a canvas. Troiani uses primary sources (documents, artwork, objects found at archaeological sites), secondary sources, field study, and models as research for his paintings. Troiani has chosen to base his work on a commitment to historical accuracy, while portraying little known moments as well as important battles. His paintings also include some of the diverse groups of people who were involved in the war. For example, in his painting The Oneida at the Battle of Oriskany, August 6, 1777, Troiani highlights the role of the Oneida Nation, who allied themselves with the United States, battling against Seneca, Cayuga, and Mohawk allies of the British.

All of these artists (and many more!) have created images that place us in the Revolution and allow us to imagine what the war looked like. Through their artwork, we can explore important moments before, during, and after the war and consider the opportunities and challenges it presented to diverse groups of participants. As you examine the war through artwork, with a critical eye, how can you see the war and the Revolution in new ways, from new perspectives?

Explore modular activities and ready-made worksheets to help your students dig deeper into the complexities of the Revolutionary era through the work of nationally renowned historical artist Don Troiani.
Read More

Explore these short framing essays to discover how the works of historical artist Don Troiani bring the compelling stories about the diverse people and complex events of the American Revolution to life.
Read More

This glossary provides definitions that may be useful as you explore the Liberty: Don Troiani's Paintings of the Revolutionary War Teacher Resources, Big Ideas, and Primary Sources.
Read More