The poll list includes the names of 260 total voters. At least 38 of these voters are women, accounting for nearly 15 percent of the voters on the list.

While we do not know the partisan majority in Burlington County in 1806, we can assume it voted Democratic Republican, as there were no other Federalist-majority counties in New Jersey in 1806. Chester Township, however, did vote Federalist in the 1806 election. Most voters in the township supported Federalists William Irick, William Coxe, Caleb Earl, and William Stockton for State Assembly and George Anderson for Legislative Council. We do not know who they supported for county sheriff or coroner. See it on the Map
Sarah Sharp
Jesse Lynch

It is possible Jesse Lynch was a female voter.

Explore Women Voting Together
A Pair of Women Voter 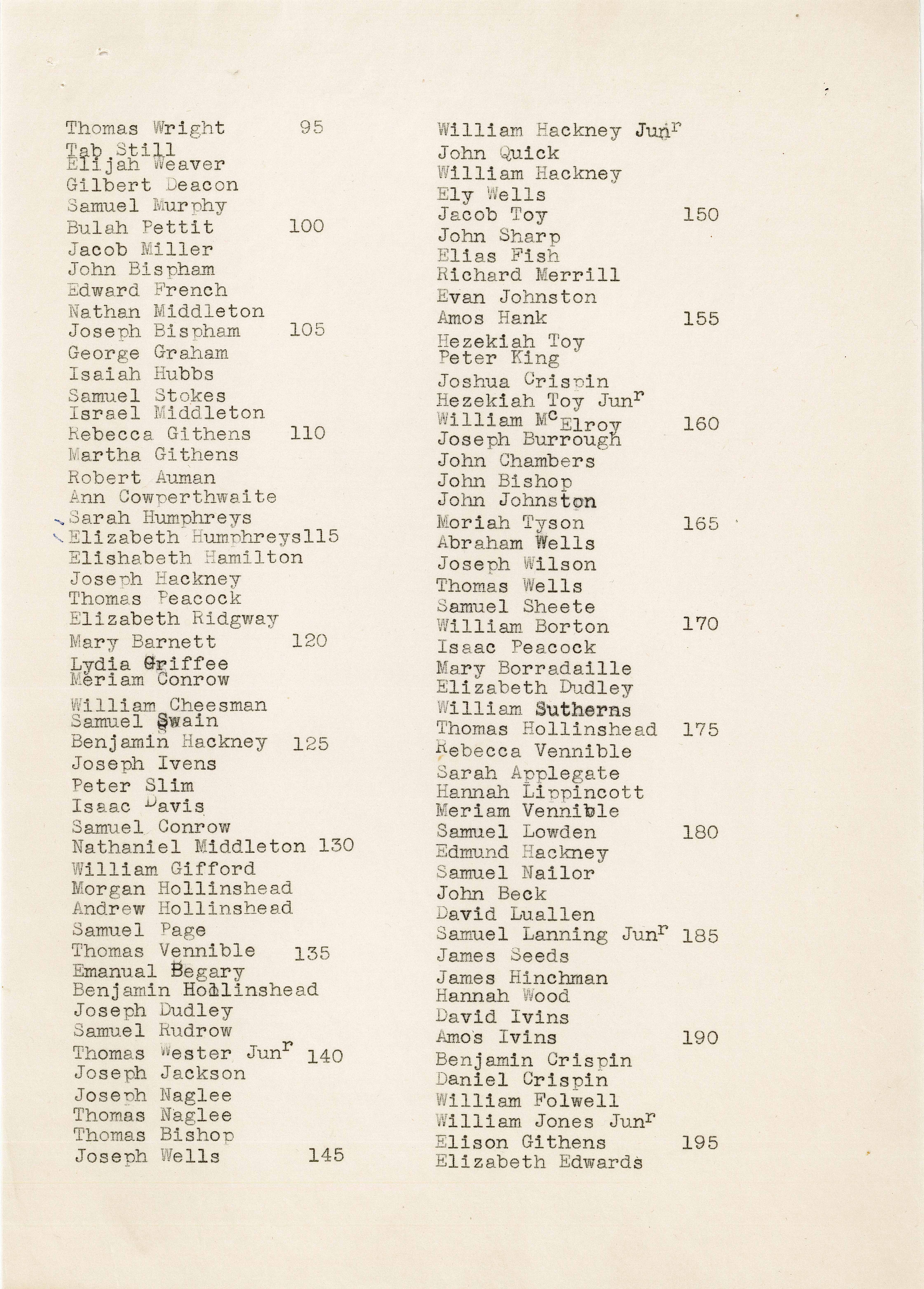 Rebecca and Martha Githens voted together. 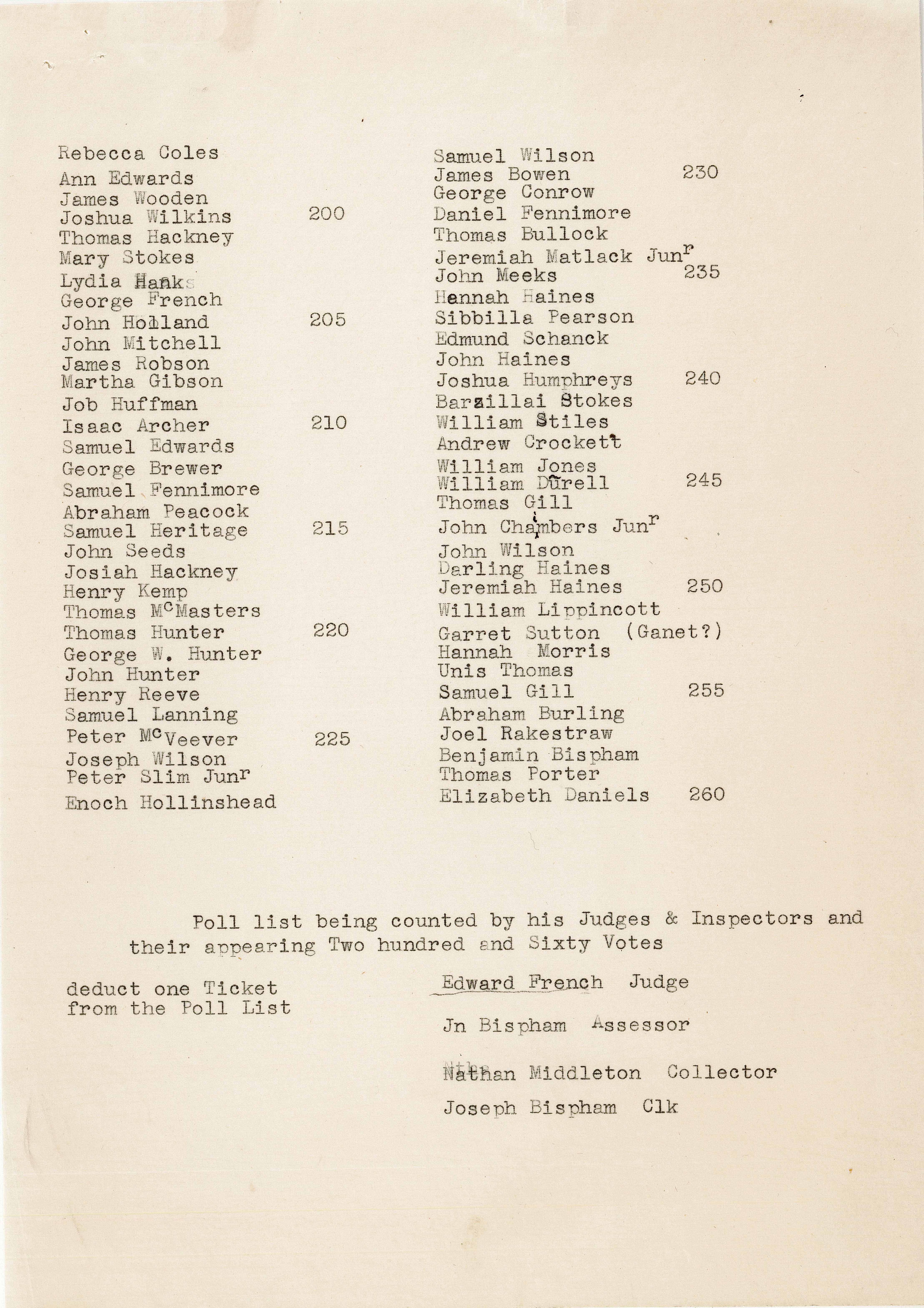 A Group of Women Voters

Explore Women Voting Together
A Pair of Women Voters

A total of 260 voters cast their ballots in this election. What happened next?