Anne Cowperthwaite grew up just south of Moorestown, New Jersey, as a member of a prominent Quaker family. She voted along with her father, grandfather, and uncle in 1807. 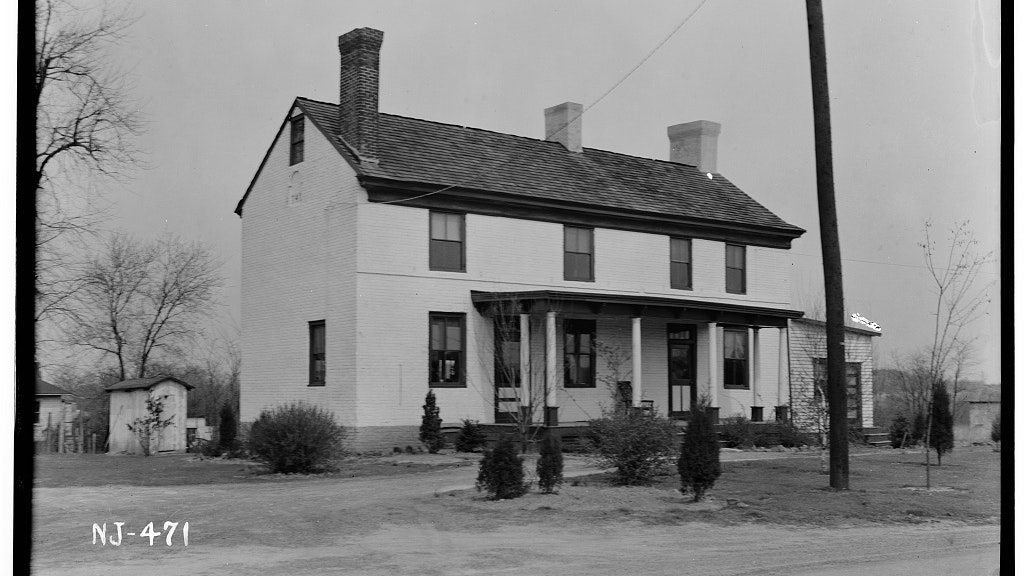 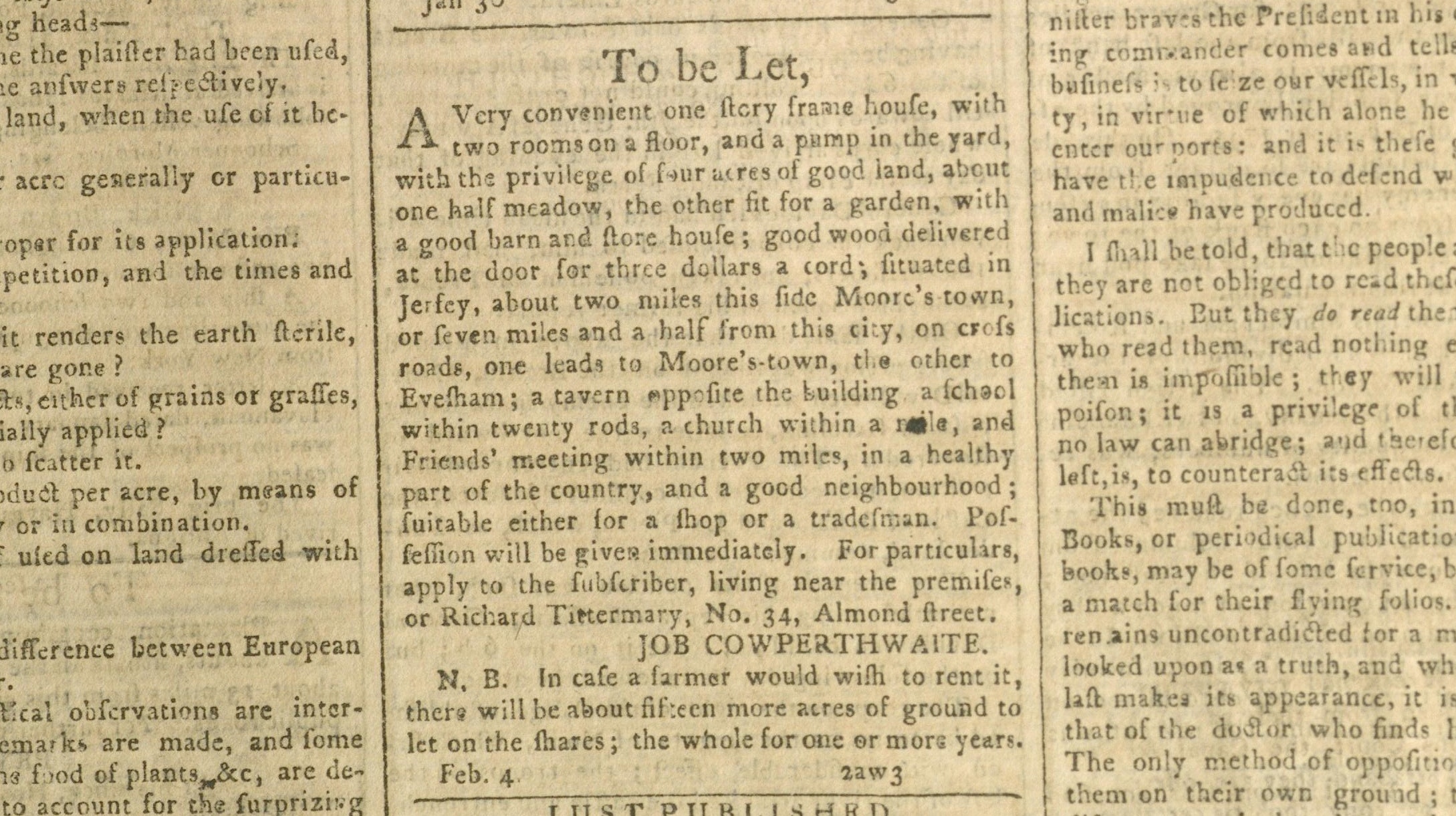 Job Cowperthwaite, Anne Cowperthwaite’s father, placed this advertisement in the Philadelphia newspaper “Claypoole’s American Daily Advertiser,” printed on February 10, 1797, to let his community know that a house he owned was available for rent. Serial & Government Publications Division, Library of Congress.

At the age of 23, Anne Cowperthwaite voted along with her grandfather Peter Vickers, her father Job, and her uncle Hugh Cowperthwaite in October 1807 to choose members for Council, General Assembly, Sheriff, and Coroner for Burlington County. The election was “held at the schoolhouse in Moorestown,” which may have been the same schoolhouse that Anne’s parents sold for land in 1784. It is believed that the Anne listed on the poll list is the younger Anne Cowperthwaite rather than her mother Anne Cowperthwaite (who was still married in 1807).

In September 1810, Anne declared her intention to marry fellow Quaker Asahel Moore of Sadsbury Township on the border of Chester and Lancaster Counties in Pennsylvania, before the Moorestown Monthly Meeting in their meeting house, which was built in 1802 and still stands. Two months later, the Moorestown Monthly Meeting declared Asahel Moore and Anne Cowperthwaite to be “at liberty to accomplish their marriage according to our rules.” Asahel and Anne Moore settled in Sadsbury Township and Asahel is listed in both the 1820 and 1830 United States Census. Anne is not listed by name, but a woman of her approximate age is tallied in both census documents. In 1818, Asahel and Anne Moore helped to settle the distribution of her father’s land after his death in 1818. Anne Moore passed away after 1830.

Built in 1802, the Moorestown Friends Meeting House, where Anne Cowperthwaite declared her intention to marry Asahel Moore, still stands. Photograph by the Museum of the American Revolution