At the age of 23, Martha Githens voted in 1807. She voted along with her father, older brother, and older sister. Martha Githens was the daughter of George Githens, the prosperous owner of a mineral spring resort hotel.

In October 1807, Martha Githens cast her ballot in an election in Moorestown, Chester Township, New Jersey. She was one of 38 women listed as having voted to choose new representatives and public officials for Burlington County. At the time, Martha Githens was 23 years old and single. She cast her ballot along with her father George, her older brother Allinson, and her older sister Rebecca, who was also unmarried.

George Githens, originally from nearby Gloucester County, rose in prosperity as the owner of a tannery in Colestown, Chester Township. In 1803, Burlington County appointed Githens to be a justice of the peace. He later found another source of income when a mineral spring was discovered on his property in 1810. Advertisements placed in Philadelphia, Boston, Rhode Island, and New York newspapers shared word of the spring’s “medicinal qualities of which are said to be very powerful.” The water was said “to contain saline matter, and iron, which renders it both diuretic and tonic, and therefore generally useful in disorders of the stomach.” Soon after, Githens established the Fountain Hotel, a resort based on the “celebrated” medicinal qualities of the spring that was “so much esteemed by the citizens of Philadelphia and New Jersey.”

When George Githens passed away in 1814, his will dispersed his estate to his wife Mary, who received her traditional “widow’s third,” and 11 children, who each received an equal share. His oldest son Allinson received an additional $500. Githens’s estate was valued at $3,128.54 and his executors put his real estate, including his “mansion house” and the Fountain Hotel, up for sale in 1814. 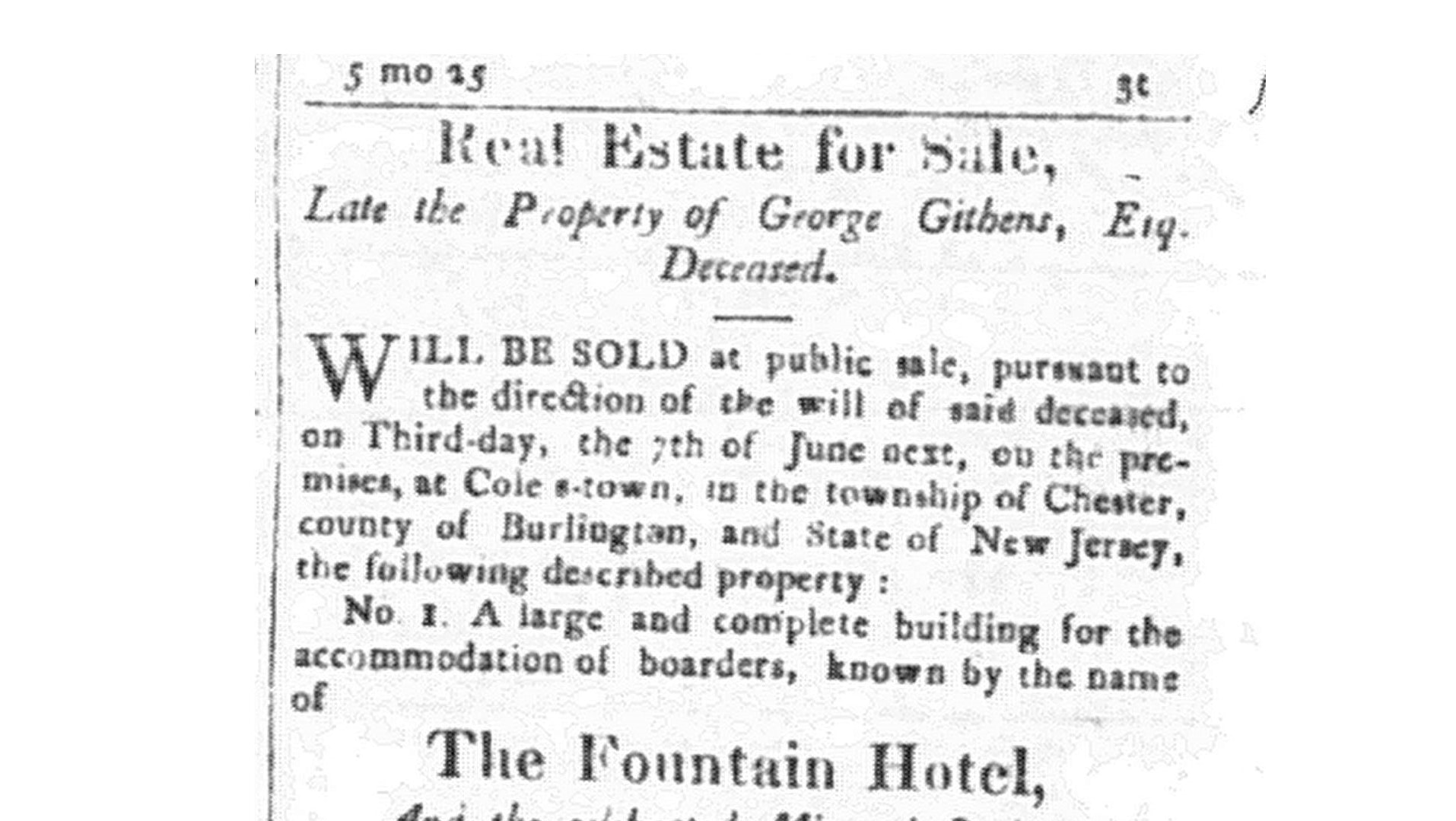 Martha Githens was unmarried when she voted in 1807 due in large part to a tragedy that took place roughly two years earlier. In 1805, Martha Githens was engaged to Jacob Rowan of Haddonfield, New Jersey. As a gift to her fiancé, Githens posed for a miniature portrait by Philadelphia artist Raphaelle Peale, the son of Charles Willson Peale. She also gave Jacob Rowan a hair bracelet as a token of her affection. However, before their wedding, Jacob drowned. He was wearing the hair bracelet at the time of his death. Martha added a lock of Jacob’s hair inside the case of her miniature and held onto the bracelet. Both the portrait and the bracelet survive, as does a letter recalling this tragedy, written by Martha’s niece. After Jacob’s death, Martha never married. 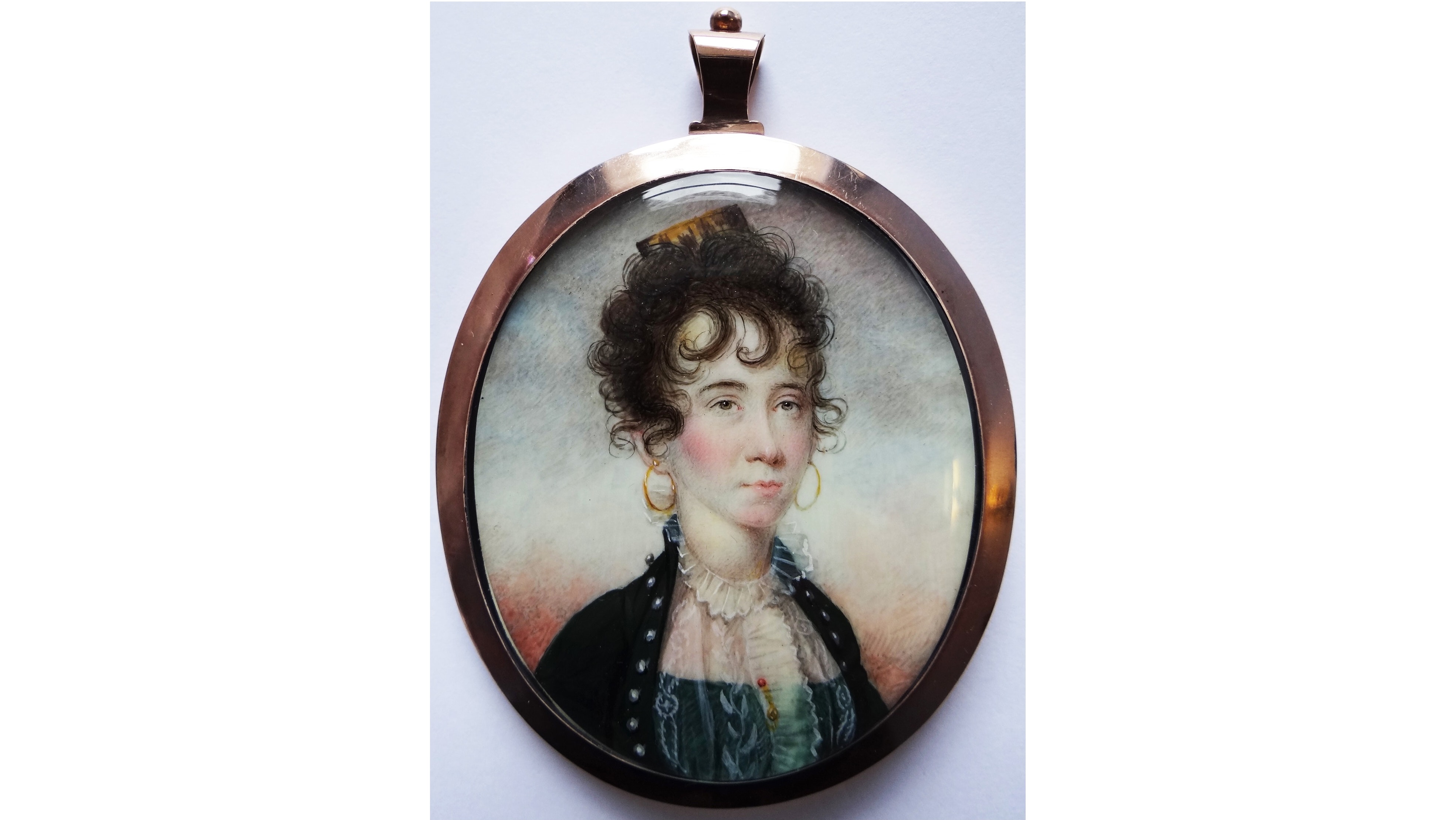 Philadelphia artist Raphaelle Peale painted this portrait of Martha Githens in about 1805. Image courtesy of the photographer