Women Voting Together in New Jersey

Poll lists from 1800 to 1807 in New Jersey reveal that women often voted together with female family members and friends.

Rebecca Venable, for example, voted with her daughter, Miriam Venable, in an October 1807 state election in Chester Township, Burlington County. In an October 1801 state election in Montgomery Township, Somerset County, a group of sisters and possibly their mother, Ann, Catherine, Sarah, and Rebecca VanDike, voted together, and at least ten other groups of women voters cast their ballots in clusters of three or more. 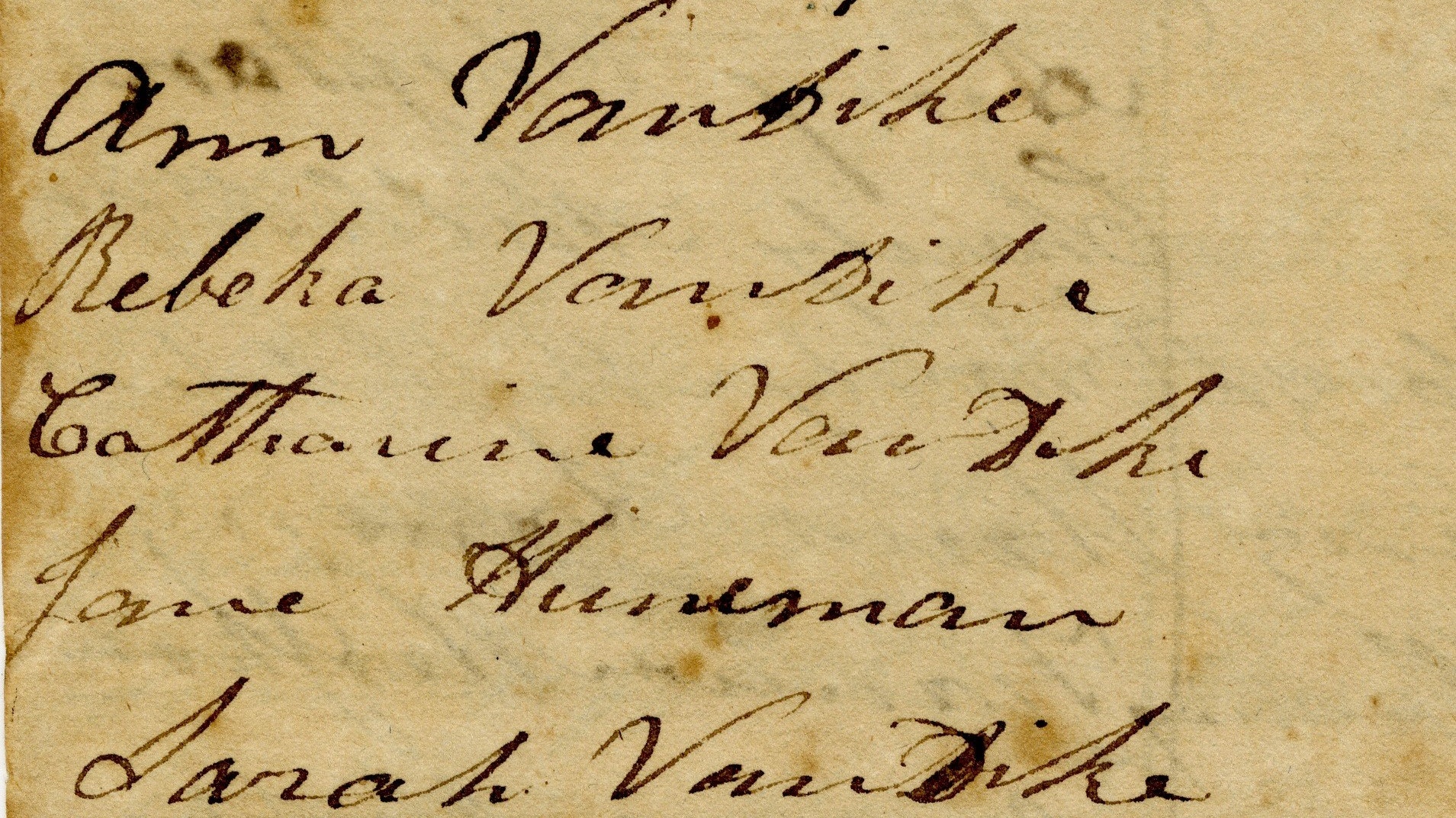 Why might these early women voters have voted with other female family members and friends? We cannot be sure. Perhaps they used safety in numbers to combat the vulnerability women may have faced at polling places. Many elections at this time were taking place in taverns and other male-dominated places. Going to the polls as a group may have provided women with a sort of “buddy system” that kept them safe or made them more comfortable.

Perhaps women voted in groups to protect their self-interest from an ardent and increasingly contentious two-party system. The 1790s saw the emergence of America’s first national political parties, the Democratic-Republicans and the Federalists. In New Jersey, partisan rivalry between the two parties sparked intimidation and accusations of voter fraud that resulted in both sides deploying prejudiced ideas that women were easily manipulated or controllable as voters. Each party used women voters as scapegoats to cast the opposing party as illegitimate. The partisan press often satirized women voters, casting them as “petticoat electors” or mindless pawns of male candidates. One common belief held that women were inherently uninformed politically and would tacitly vote with their household or as their male family members did. In an effort to combat these stereotypes, women may have chosen to vote alongside other women, who were eager to exercise and exhibit their own agency and independent thought.

Or, maybe these women simply accompanied their friends and family to the polls as part of a routine social outing, such as going to church. Some women, for example, voted with the same friends they attended church with. Grace Little, Mary Norris, and Hetty Gaw (or Garr), who voted together in Montgomery Township in 1801, also appear listed alongside each other as communicants of the Presbyterian Church of Princeton a few years later in January 1807. It was common for women in the 18th and 19th centuries to spend time with one another outside of the home and in public places. These friendships likely could have led to alliances and sisterhoods among women that bonded them together. 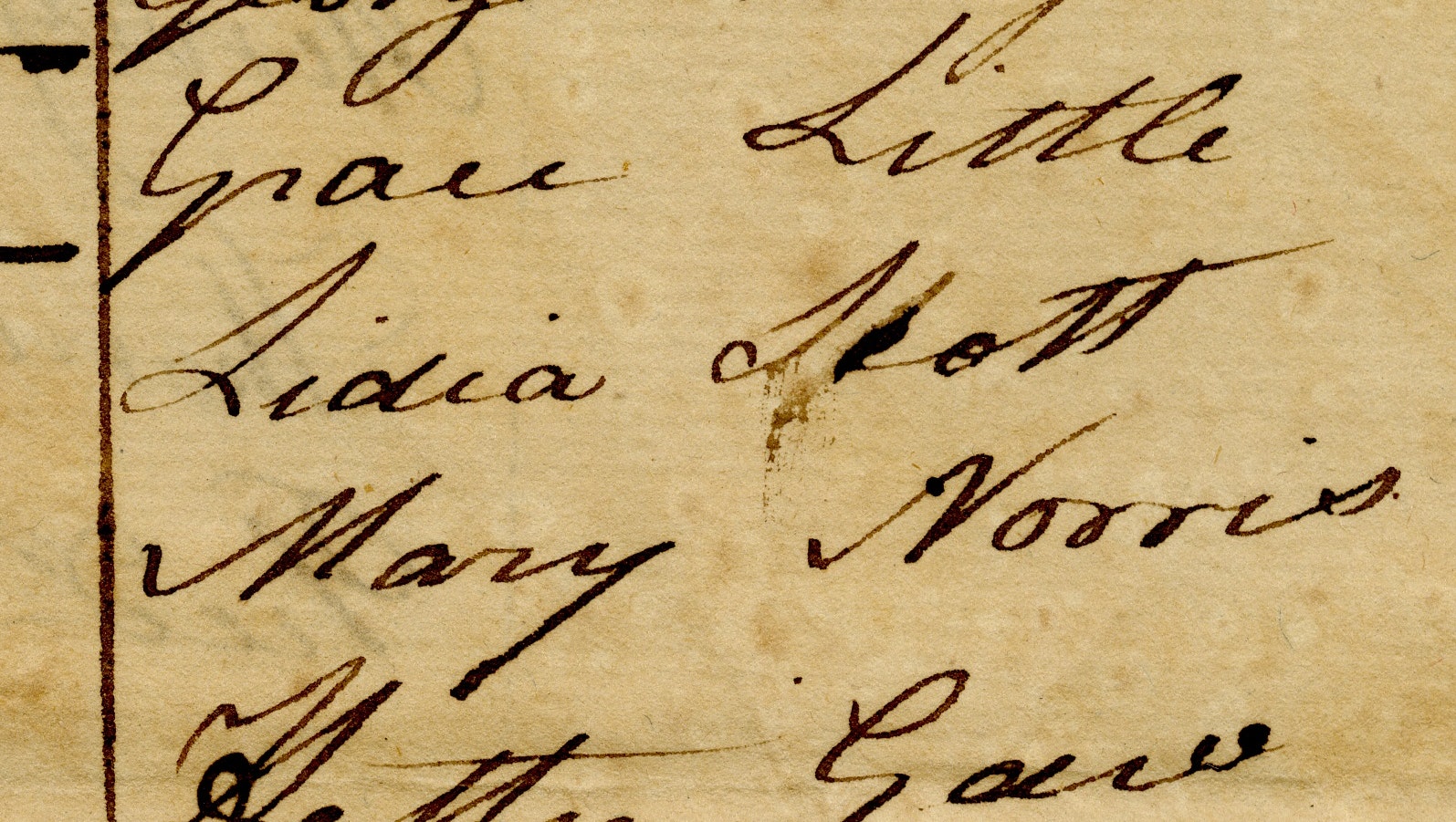 Whatever the reason, the proximity of women’s names on poll lists suggests a rising tide of organization and mobilization; it highlights their bravery; and it underscores women’s tenacious commitment to vote even in the face of potential danger, opposition, and increased accusations of voter fraud.

As the Museum’s research continues to unfold and we learn more about the first generation of women voters, do you have information and research to share? Contact the Museum of the American Revolution.