Miriam Venable voted along with her mother, brother, uncles, and grandfather in 1807. She is buried in the churchyard of Trinity Episcopal Church in Moorestown, New Jersey.

In October 1807, Miriam Venable (also spelled Meriam Venible) cast her ballot in an election in Moorestown, Chester Township, New Jersey. She was one of 38 women listed as having voted to choose new representatives and public officials for Burlington County. At the time, Miriam Venable was 21 years old and single.

Miriam Venable was born in about 1786. She was the daughter of Arthur and Rebecca Venable. Arthur Venable died without a will in October 1793 leaving his wife a widow and his children without their father. Arthur Venable’s estate was valued at over 360 pounds. When Miriam Venable voted in 1807, she did so with her widowed mother, her brother Thomas Venable, her uncle Peter Slim, Jr., her uncle Samuel Slim, her uncle Emanuel Begary, and her grandfather Peter Slim.

Miriam never married and lived with her younger sister Mary in Chester Township. The 1860 United States Census lists Miriam as a “gentlewoman” and the owner of $1,800 worth of real estate and $500 of personal property. Miriam died on July 26, 1873 at about the age of 87. Her sister passed away the following year. Miriam is buried next to her mother and her sister in the churchyard of Trinity Episcopal Church in Moorestown. Their graves suggest that the Venable family belonged to the congregation, which formed in 1837. 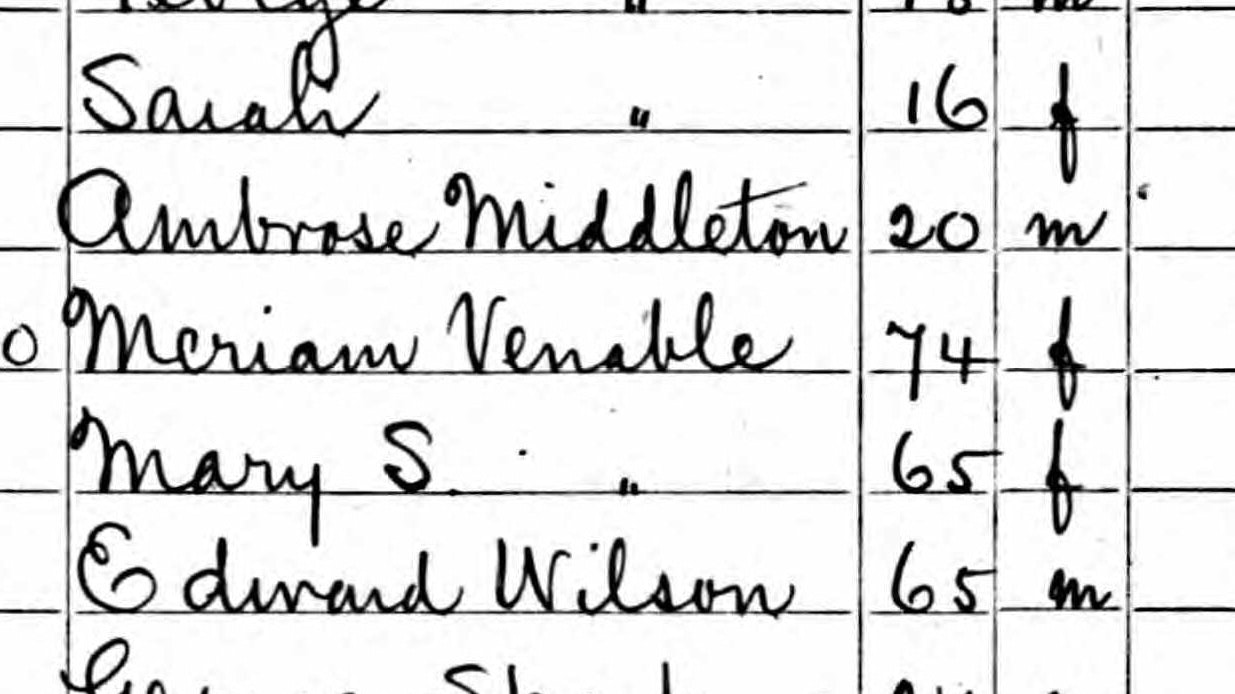