Quaker woman Sabillah Pearson was born near Moorestown, New Jersey, in 1783. She cast her ballot in 1807 at the age of 24.

Quaker woman Sabillah Pearson was born near Moorestown, New Jersey, in 1783 to Joseph and Hannah Bates Pearson. At the age of 24 she cast her ballot in an election held in October 1807 to choose members for Council, General Assembly, Sheriff, and Coroners for Burlington County. The election was “held at the schoolhouse in Moorestown.” Sabillah Pearson, as a single woman, voted along with her new brother-in-law Thomas Venable, who had married Sabillah’s younger sister Sarah in 1806. Thomas Venable was the son of Rebecca Venable and brother of Miriam Venable, two women who also voted in the election.

Sabillah and Abraham Marter moved to Willingborough Township in Burlington County prior to 1840. The 1850 United States Census lists Abraham Marter as a farmer. He seems to have employed a few laborers who boarded at his house to help with the farm work. Abraham Marter wrote his will in 1851. In it he directed that his son Abraham Marter be in charge of caring for Sabillah in her old age. Sabillah was to live in the east end of the house that the younger Abraham Marter was to receive from his father. She was to receive all the furniture necessary to furnish that end of the house. The will also directed the younger Abraham Marter to provide his mother with $50 per year and coal or wood for heat. Sabillah’s husband died the same year that he wrote his will. She died the following year in 1852 after a brief period of widowhood. Both Sabillah and Abraham Marter are buried in the Coopertown Quaker Meeting House Cemetery in Edgewater Park, Burlington County, New Jersey. Their gravestones still stand. 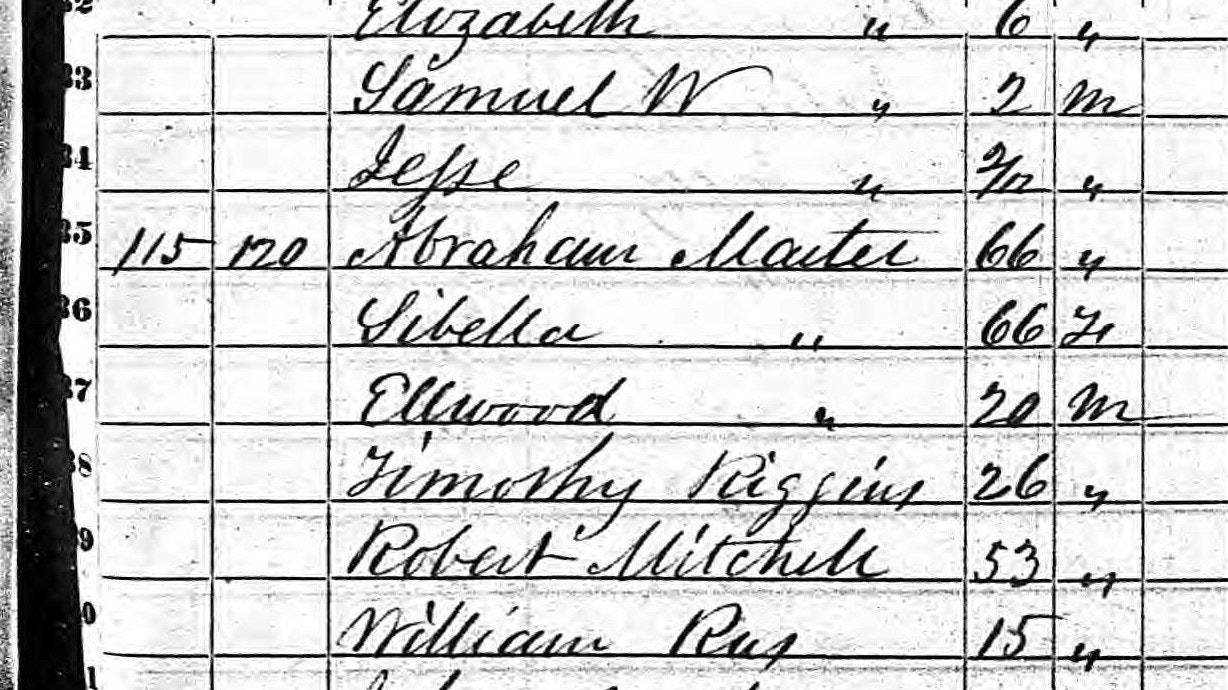