Take a closer look at General Washington’s tent perched on a hill overlooking the encampment. Nearby, other tents made up the headquarters of the Continental Army. Charles-Louis-Victor, Prince de Broglie, a colonel in the Saintonge Regiment of the French Army, wrote about seeing Washington’s tent at Verplanck’s Point: “I noticed on a little hill which overlooked the camp...the quarters of General Washington.”

Image: Museum of the American Revolution, Gift of the Landenberger Family Foundation 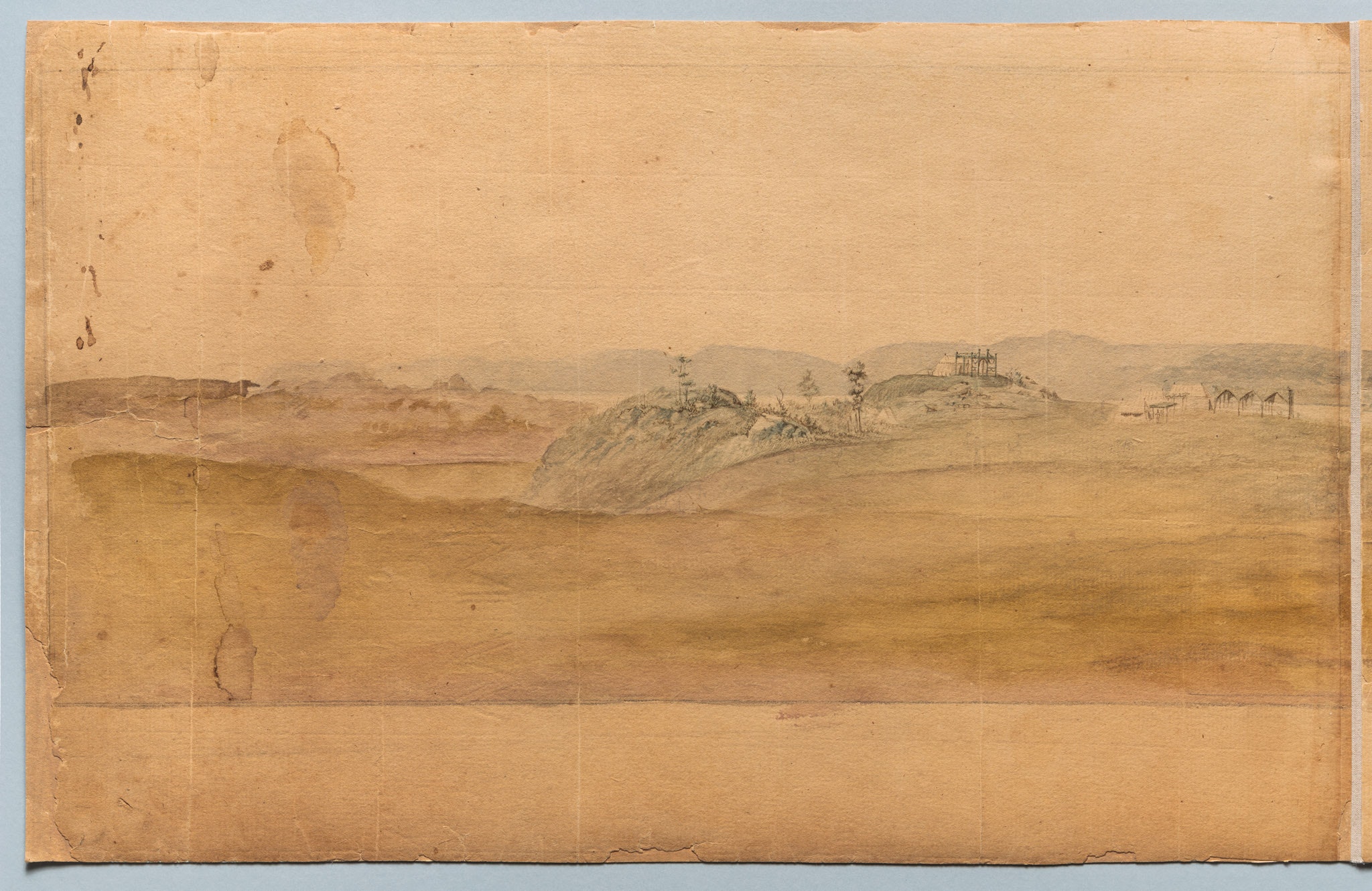 An eyewitness to the encampment described Washington’s headquarters: “Opposite the camp, and on distinct eminences, stood the tents of some of the general officers, over which towered, predominant, that of General Washington.” Thirty soldiers from the 1st Connecticut Regiment set up Washington’s tent on this hill on August 29. They built a classically-inspired “booth,” or portico, made of tree branches to decorate the entrance of the tent. They also built an oven nearby.

Two soldiers stand guard near the entrance of Washington’s tent. These soldiers are members of the Commander in Chief’s Guard, the troops who protected General Washington and the headquarters of the Continental Army. The guards wore blue wool coats trimmed with yellow or buff and round black hats adorned with a distinctive black bear-fur crest.

This complex of tents and wooden porticos served as sleeping quarters for Washington’s assistants and as a place for officer meetings and entertainment. Jean-Baptiste-Antoine de Verger, a French Army lieutenant, remembered that Washington “offered us some refreshments in his tent” at Verplanck’s Point.