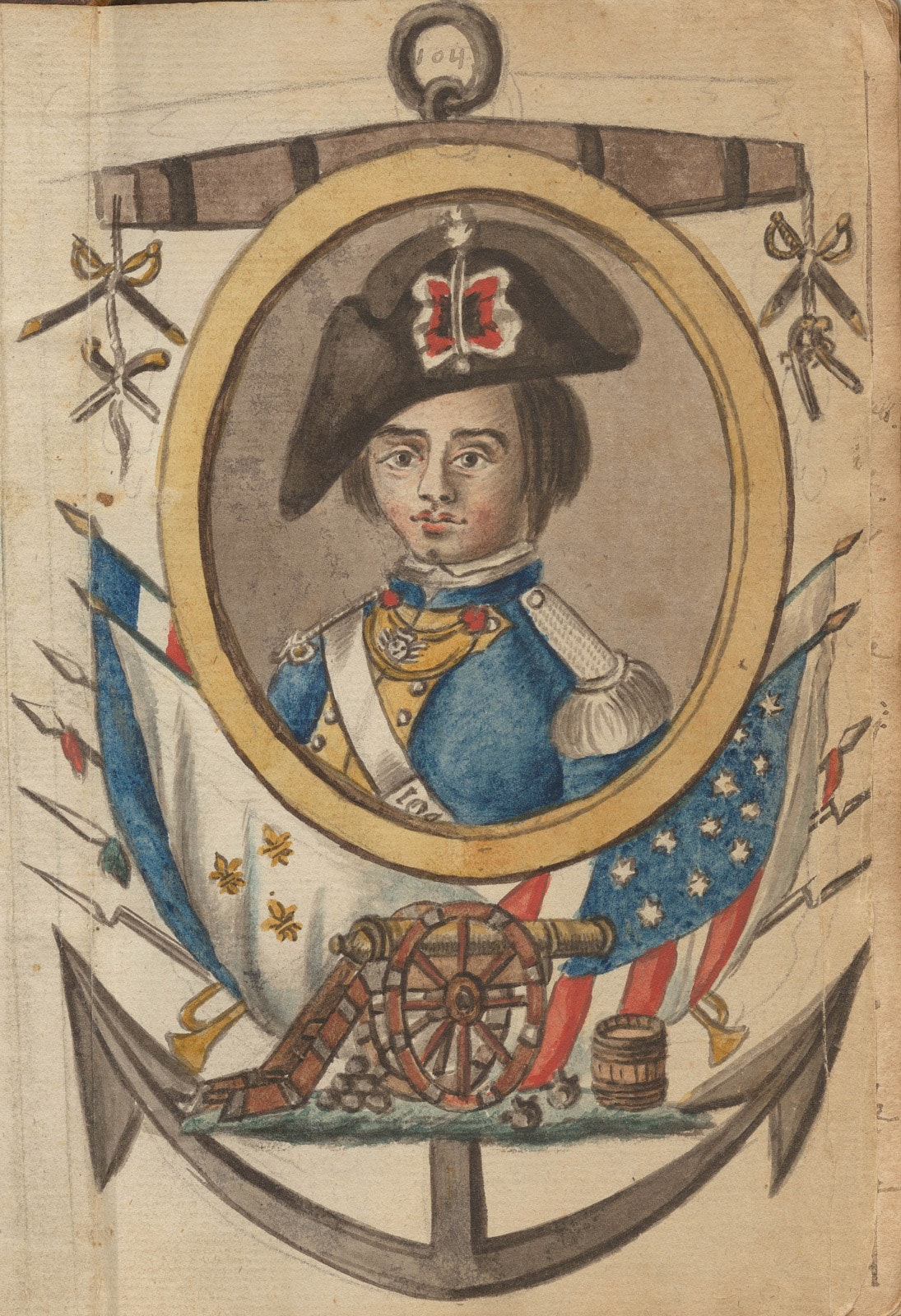 Jean-Baptiste-Antoine de Verger, a lieutenant in the French Army, painted this self-portrait in the journal he kept while serving in America. De Verger was a member of the Royal Deux-Ponts Regiment and wore a bright blue coat with yellow trim. While at the Verplanck’s Point encampment, Lieutenant de Verger wrote that “The whole color-line of the American camp was bordered by a very beautiful arbor, decorated with various designs and coats of arms…representing the different regiments.” He and fellow French officers also had the occasion to enjoy refreshments with General Washington at the encampment.