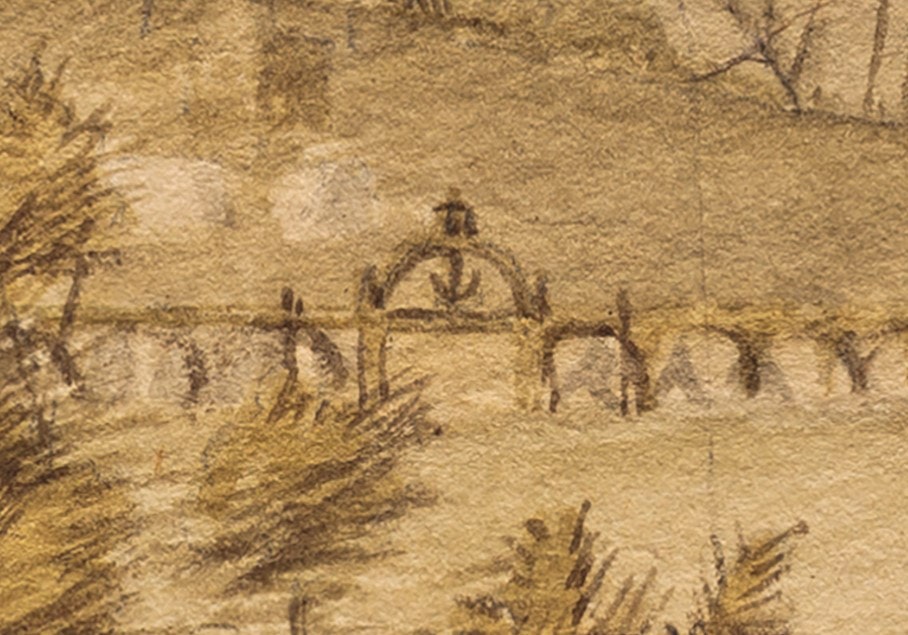 Notice the anchor on this colonnade. These are the tents of the Rhode Island Regiment. According to Jean-Baptiste-Antoine de Verger, a lieutenant in the French Army who witnessed the encampment, “The whole color-line of the American camp was bordered by a very beautiful arbor, decorated with various designs and coats of arms…representing the different regiments.” The anchor is the state symbol of Rhode Island. In 1782, the Rhode Island Regiment included nine companies, two of which were composed entirely of soldiers of African and Native American descent led by white officers. Most regiments in the Continental Army featured far fewer soldiers of color.