This poll list is from a December 1803 congressional election that was held at the houses of Andrew Alston and George Clark, innkeepers at Alston and the Cove in Upper Penns Neck Township, Salem County. The election determined congressional officeholders for the United States House of Representatives. The town officers presiding over the election included Judge Andrew Vanneman, Assessor Charles Jones, Clerk Isaac Ward, and Collector Joseph Borden.

The poll list includes the names of 115 total voters. At least three of these voters are women, accounting for just under three percent of the voters on the list.

There were no Federalists on the ticket in Salem County for the 1803 congressional election. This may explain why voter turnout for this election was so low, since all Democratic-Republican candidates ran unopposed. Voters supported six Democratic Republicans — James Mott, Henry Southard, William Helms, Ebenezer Elmer, Adam Boyd, and James Sloan — for the United States House of Representatives. 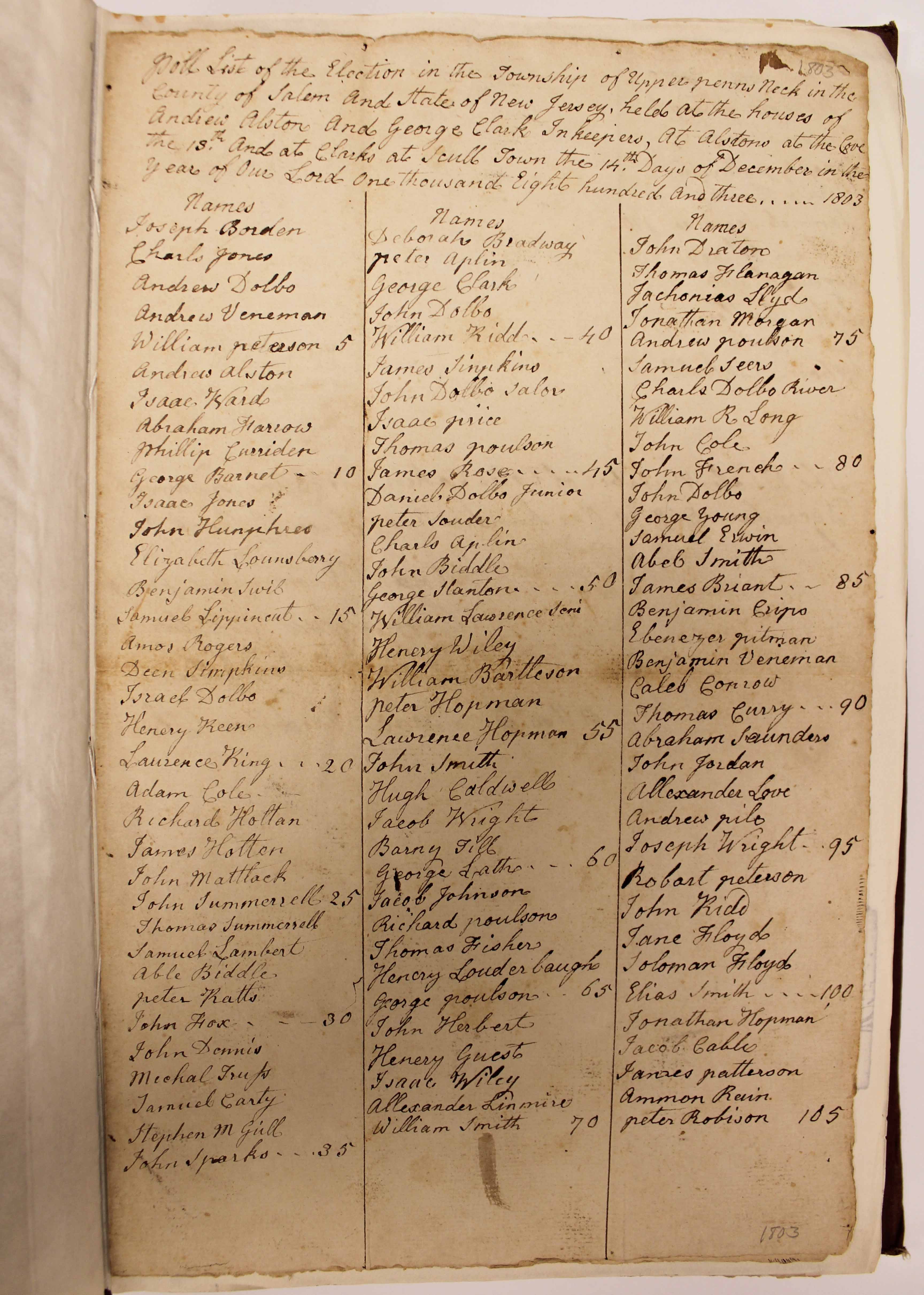 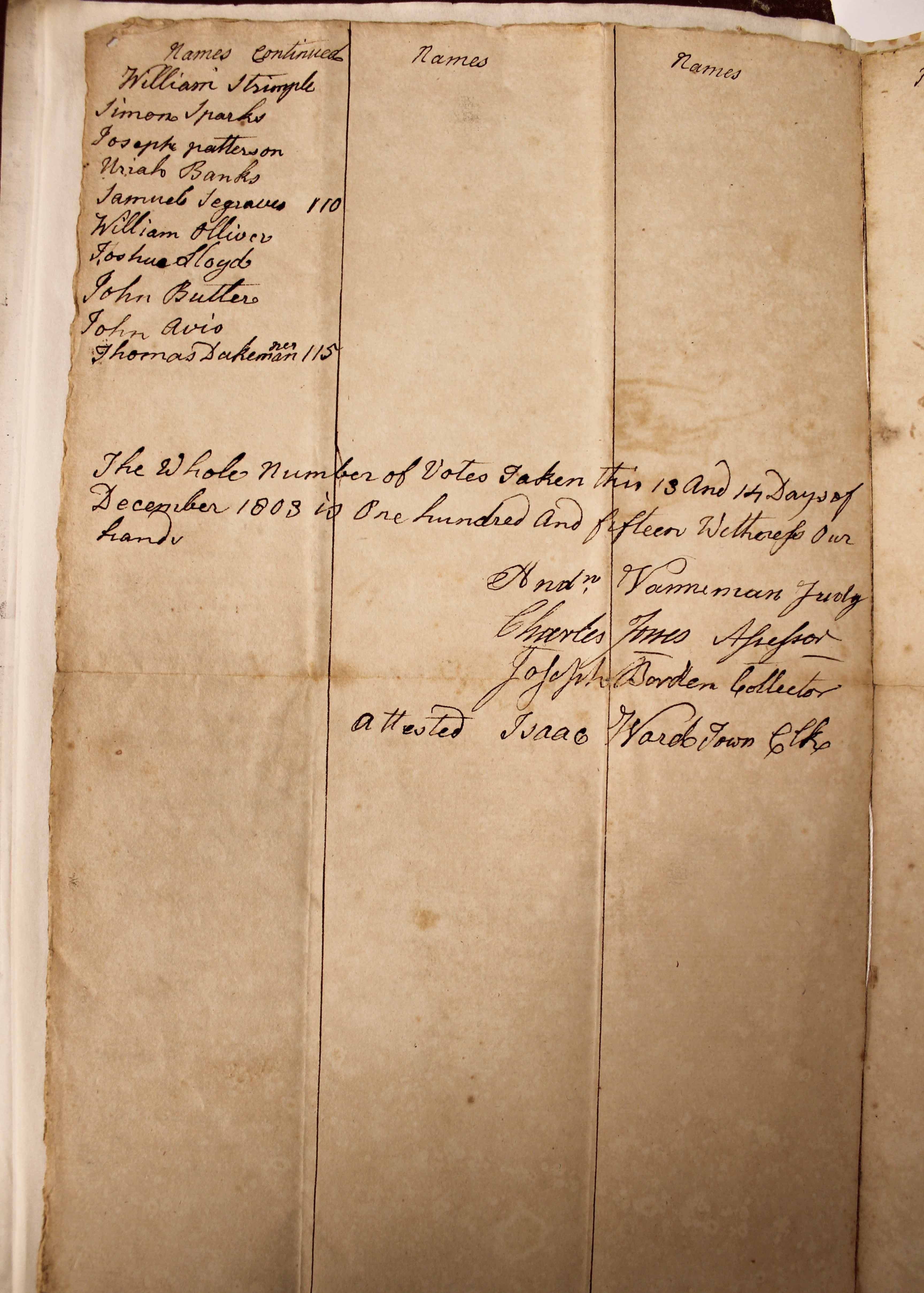 The Total Number of Voters

A total of 115 voters cast their ballots in this election. What happened next?