Thomas Blue is one of at least four free Black men who voted in Montgomery Township in October 1801.

In October 1801, Thomas Blue, a formerly enslaved man of African descent, voted in an election held in Montgomery Township, Somerset County. He was one of a handful of men of color who voted in that election. Little information is known about Thomas Blue’s early life. County tax and estate records reveal that he was enslaved to a Blawenburg, Somerset County, farmer of Dutch descent named Michael Blew from before 1779 until Blew’s death in 1786. Thomas Blue is listed in those records with the name “Tom” and he is described as being “negro.” Michael Blew died in 1786 and his estate inventory lists a “Negro man named Tom” with the value of 50 pounds. 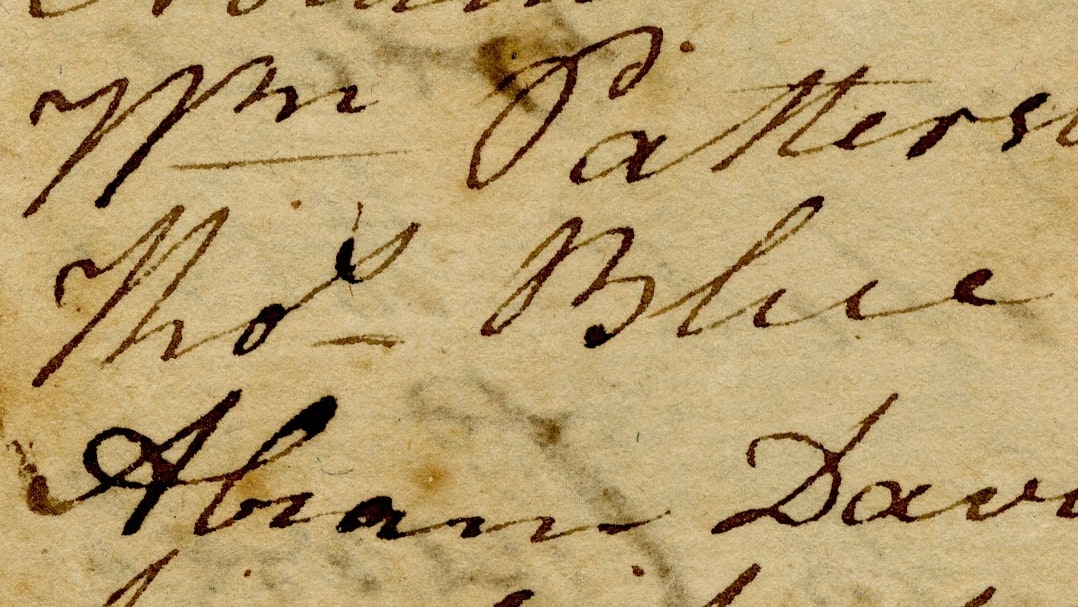 When Thomas Blue voted in 1801, he no longer had possession of the 210 acres of land from Michael Blew’s estate. According to Montgomery Township tax records from 1802, Thomas Blue (last name written “Blew,” and described as “Negro”) owned two horses, two head of cattle, and a dog and is listed as a “householder” (renter). He is not recorded as the owner of real estate, which means that he was renting the place where he made his home. His ownership of livestock and the fact that he paid taxes may have qualified him to vote in 1801. Also of interest to Thomas Blue’s story, records of a local doctor named Benjamin Van Kirk list medical visits to a man named “Free Tom, the Priest.” Historian Jack Davis of the Hopewell Valley Historical Society believes that this might refer to Thomas Blue, who was one of Van Kirk’s neighbors. 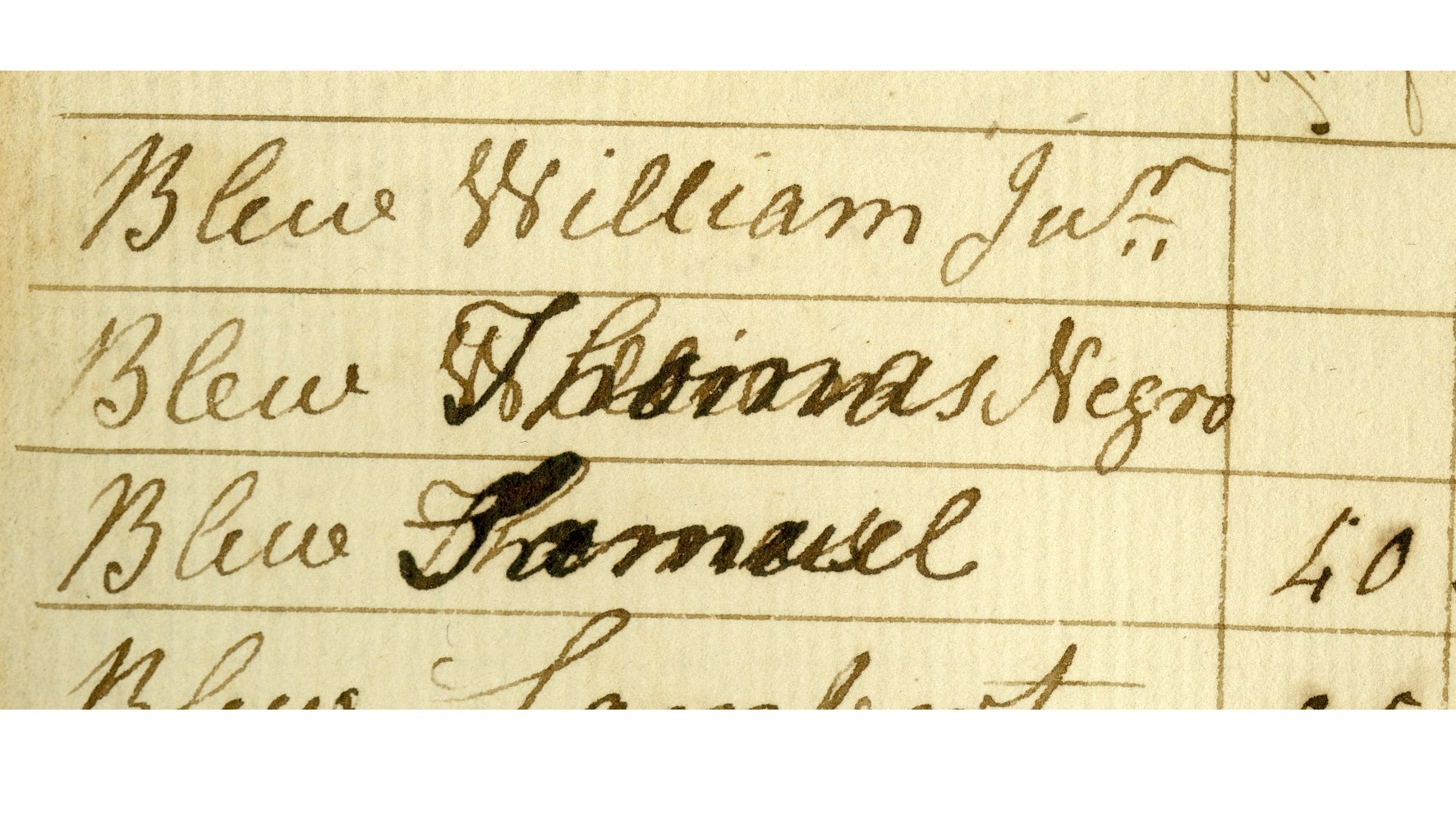 Thomas Blue is listed as “Negro” on the 1802 tax list for Montgomery Township. New Jersey State Archives, Department of State

Thomas Blue had a family of his own. He was the husband of Judith Blew (also spelled “Blaw” or “Blue”), who had also likely been enslaved by Michael Blew and was born in about 1763. They had one son named Moses (who was born in about 1787 while his father and probably his mother were still enslaved). Thomas Blue died prior to 1805, as Judith Blew is listed in the 1805 Montgomery Township tax list as a widow. Judith Blew lived over 50 years as a widow in Stoutsburg, near what is today the border of Mercer and Somerset Counties, just east of Hopewell, New Jersey. She died in 1857 at the age of 94. Judith Blew is buried in Stoutsburg Cemetery outside Hopewell, New Jersey. Her gravestone bears the inscription: “In Memory of Judith, relict of Thomas Blew and Mother of Moses Blew died Aug. 1857 in the 94th year of her age.”

This biography is based on the research of Jack Davis of the Hopewell Valley Historical Society and his article “From Slavery to Freedom: The African American Blew Family of Stoutsburg” published in the historical society’s late winter/spring 2017 newsletter.