Ruth Carle voted as a single woman. She was the sister of Continental Army veteran Ephraim Taylor Carle.

Ruth Carle voted in October 1801 in Montgomery Township, New Jersey, when she was a single woman. She was the daughter of Ephraim and Ruth Carle and the sister of Ephraim Taylor Carle who served in the 1st New Jersey Regiment during the Revolutionary War. She was born in the 1760s or 1770s. Ephraim Carle (her father) is listed in Somerset County tax records as the owner of 95 acres of improved land. In 1797, he owned five horses and eight head of cattle. He may be the “Ephraim Carr” listed on the third page of the Montgomery Township voter list, near Ruth Carle’s name. 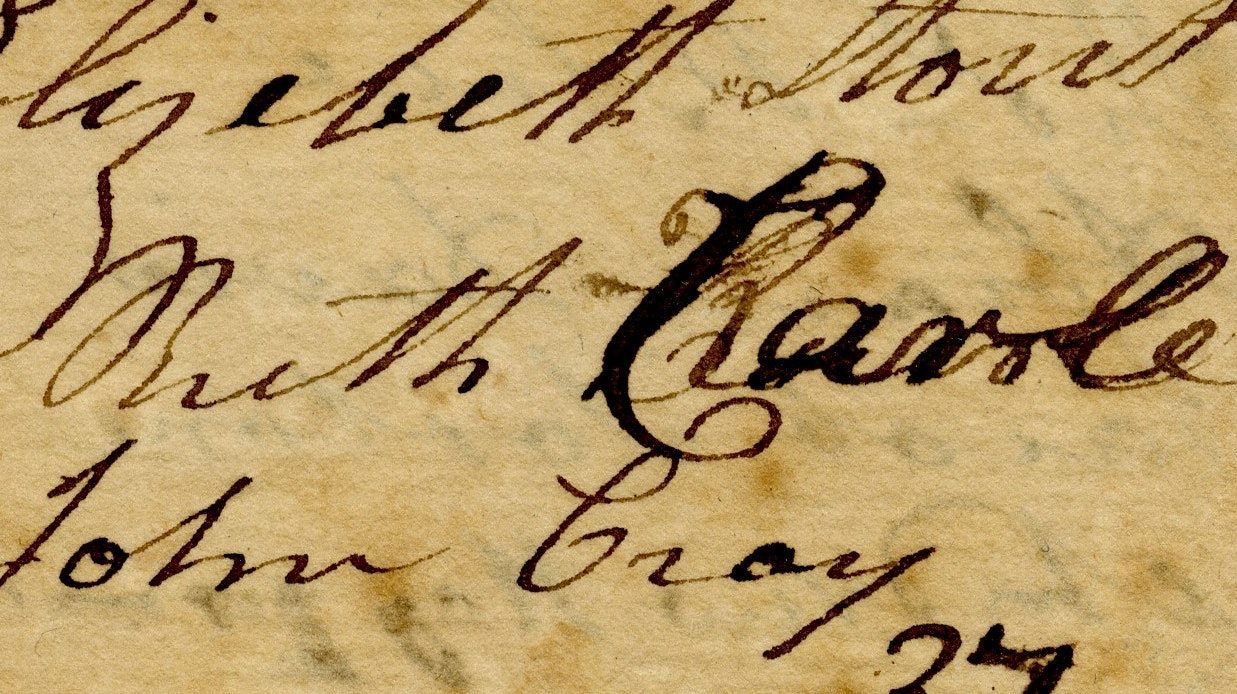 Ruth Carl married Ralph Elberson (also spelled Elbertson) on June 18, 1803, just two years after she voted. Ephraim Carle listed Ruth with her married name in his 1805 will, presenting her with 16 pounds and a portion of his estate that was to be equally divided between his eight children. Together, Ralph and Ruth Elberson had three sons: Carle, Jonathan, and Ralph. The Elberson family continued to live in Montgomery Township. The family is recorded in the United States Census for 1830 and 1840. Ruth Elberson passed away in the 1840s. Her husband Ralph lived as a widower until his death in 1856. At the time he lived in Hillsborough, New Jersey, with his daughter-in-law Sarah Ann Elberson, the widow of Ralph Elberson, Jr. Ralph Elberson, Jr., died in a mining accident in 1850 at the age of 44.