Nancy Oppie, the daughter of William and Mary Oppie of Rocky Hill, New Jersey, voted as a single woman in 1801.

Little information is currently known about Nancy Oppie (also known as “Ann Nancy” or “Nansey”). Oppie cast her ballot on October 13, 1801 when she was a resident of Montgomery Township, New Jersey. She was the daughter of William and Mary Oppie of Rocky Hill. When her father wrote his will in 1788, Nancy was listed as a beneficiary. He died in 1789. Nancy had four brothers and five sisters: William, John, Isaac, Benjamin, Sarah, Mary, Elizabeth, Margaret, and Grace. After William Oppie’s death, Nancy’s mother Mary was taxed as a widow on 228 acres of improved land, five horses, two head of cattle, one coach, one riding chair, and one dog. She was also taxed for owning one enslaved person in 1792 and 1793. 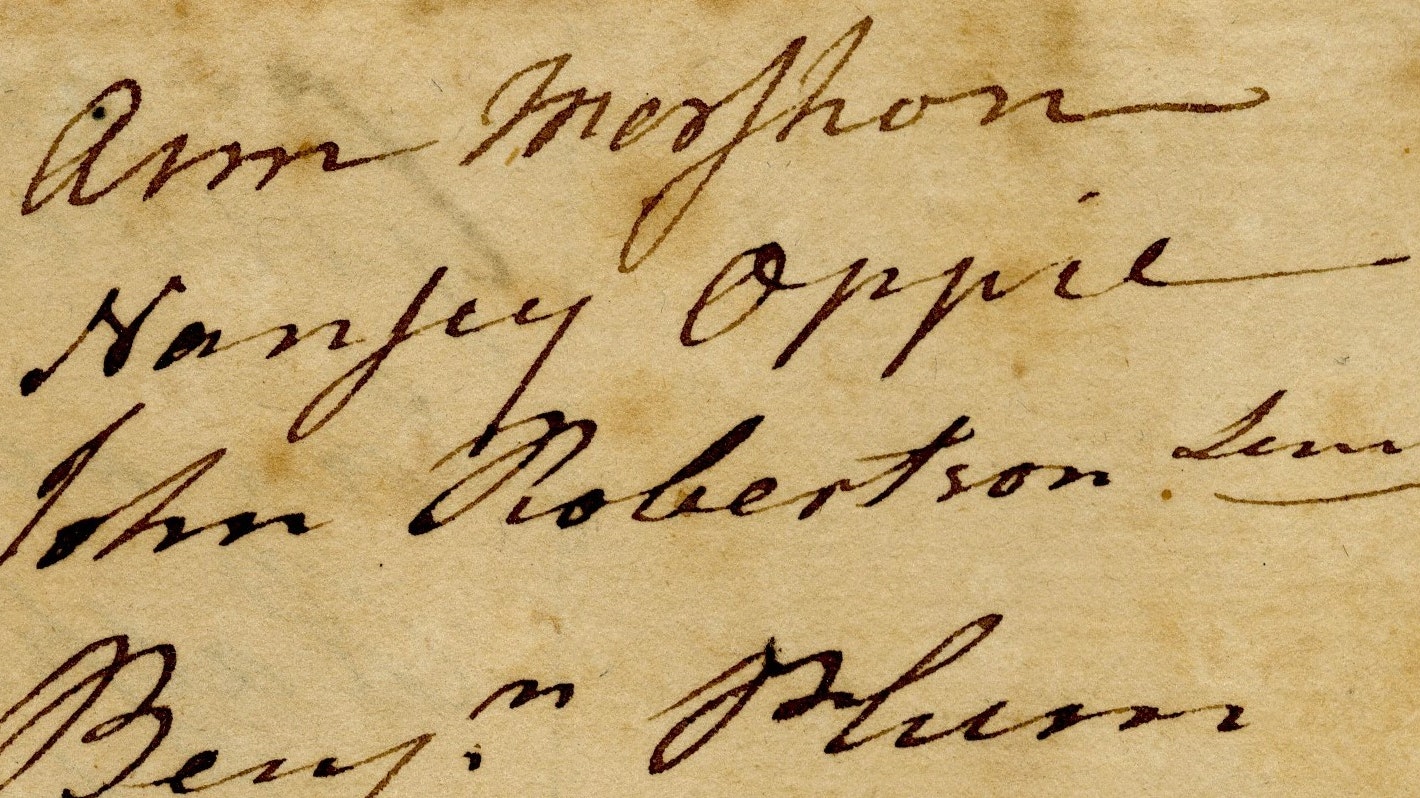 Mary Oppie died intestate (without a will) in 1809 and the inventory of her estate, valued at $931.17, included glassware, china, a spinning wheel, windsor chairs, and a Franklin stove. Nancy Oppie likely received some of these movable goods when her mother’s estate was settled. Nancy Oppie, who seems to have remained single throughout her life, may be buried with other members of her family in the Opie-Vanderveer Cemetery in Skillman, New Jersey.