Born during the Revolutionary War, Mary Curry voted as a young woman in 1800. She married future United States Congressman Daniel Garrison in 1807.

Mary Curry Garrison was born during the Revolutionary War in Salem County, New Jersey, and died during the Civil War. Born on August 13, 1778, she was the oldest of John and Juliana Curry’s three children. Her siblings were named Nancy and William. The Curry family lived in the town of Pilesgrove. John Curry died in 1784 and his wife served as the administrator of his will. The following year, Juliana Curry married Robert Harbeson of Upper Penns Neck Township. When Robert died in 1792, Juliana and her three children were given his house and a lot of five acres. In 1794, Mary Curry was baptized at Trinity Episcopal Church in Swedesboro. The church building (built in 1784) in which Curry was baptized still stands and continues to be used by the congregation. She is listed as a communicant there in 1806. As a 22-year-old single woman of some inherited wealth, Mary Curry cast her ballot in an election held in Upper Penns Neck Township in December 1800. In 1794, Mary Curry was baptized at Trinity Episcopal Church in Swedesboro. The church building (built in 1784) in which Curry was baptized still stands and continues to be used by the congregation. Photograph by the Museum of the American Revolution 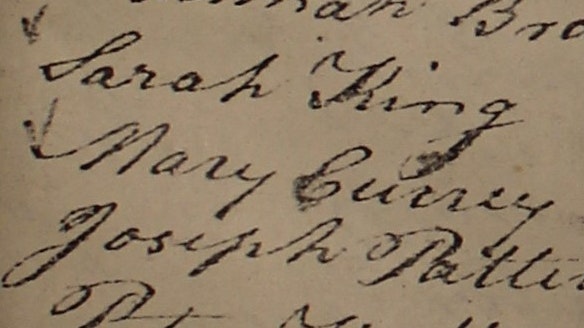 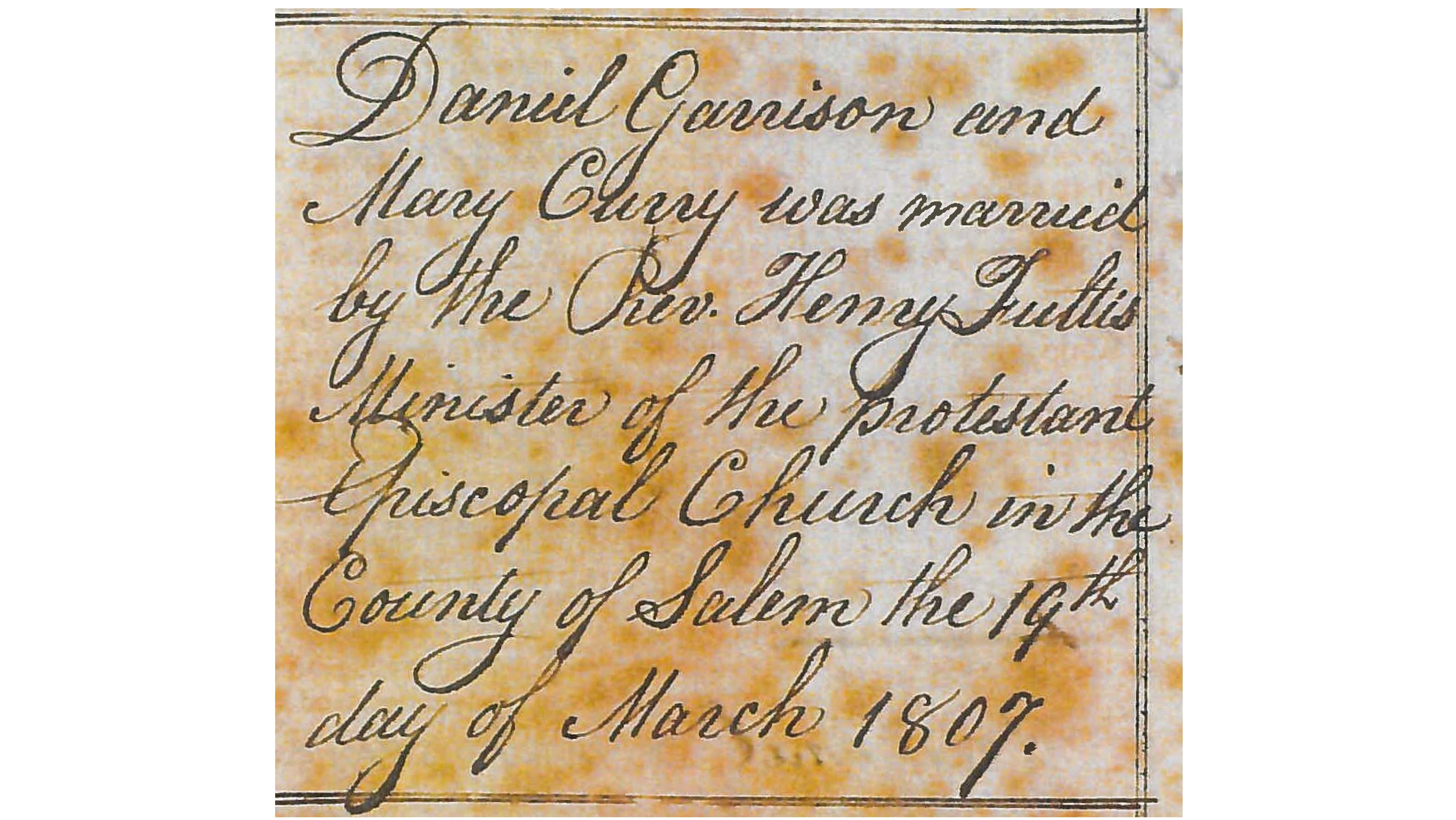 Daniel Garrison, born in 1782, rose to prominence in the public life of Salem County, the state of New Jersey, and the United States in the early 1800s. In 1803, New Jersey Governor Joseph Bloomfield appointed Garrison to be a justice in the Salem County Court. He was then elected to the New Jersey General Assembly in 1806 and the United States House of Representatives as a Jacksonian in 1823. From 1834 to 1838 he served as the United States Collector of Customs at the port of Bridgeton, New Jersey, after having been appointed by President Andrew Jackson. Garrison passed away in 1851 and is buried at St. John’s Episcopal Church in Salem. His 1850 will left his land in Pilesgrove and Lower Penns Neck and his house in Salem, called the “Smith House” on Penny Hill, to his wife Mary. According to the 1850 United States Census, Daniel Garrison’s real estate had a total value of $50,000. The Salem County Historical Society houses his papers. 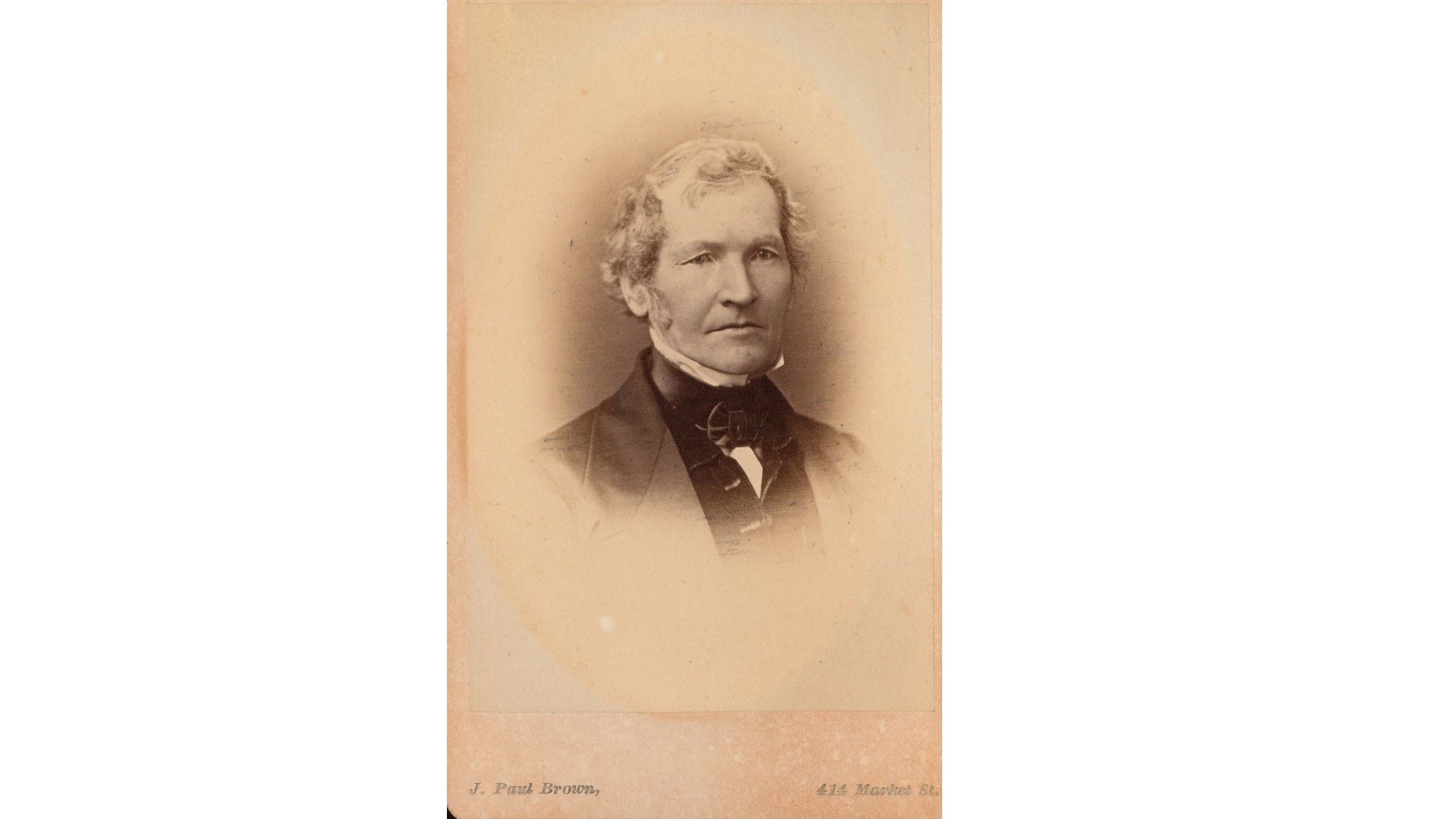 Mary Garrison outlived her husband and passed away on July 25, 1863 at the age of 85. She never remarried. According to the 1860 United States Census, Mary Garrison lived with her daughter Juliana’s family. Juliana had married a seaman named Jeremiah Stull. Mary, then 82, was listed as being “at leisure.” She owned real estate with a value of $1,000 and her personal estate totaled $500. Like her husband, Mary Garrison is buried at St. John’s Episcopal Church in Salem. Her tombstone survives. Her grandson, Daniel Garrison Brinton, is considered a founder of modern American anthropology. 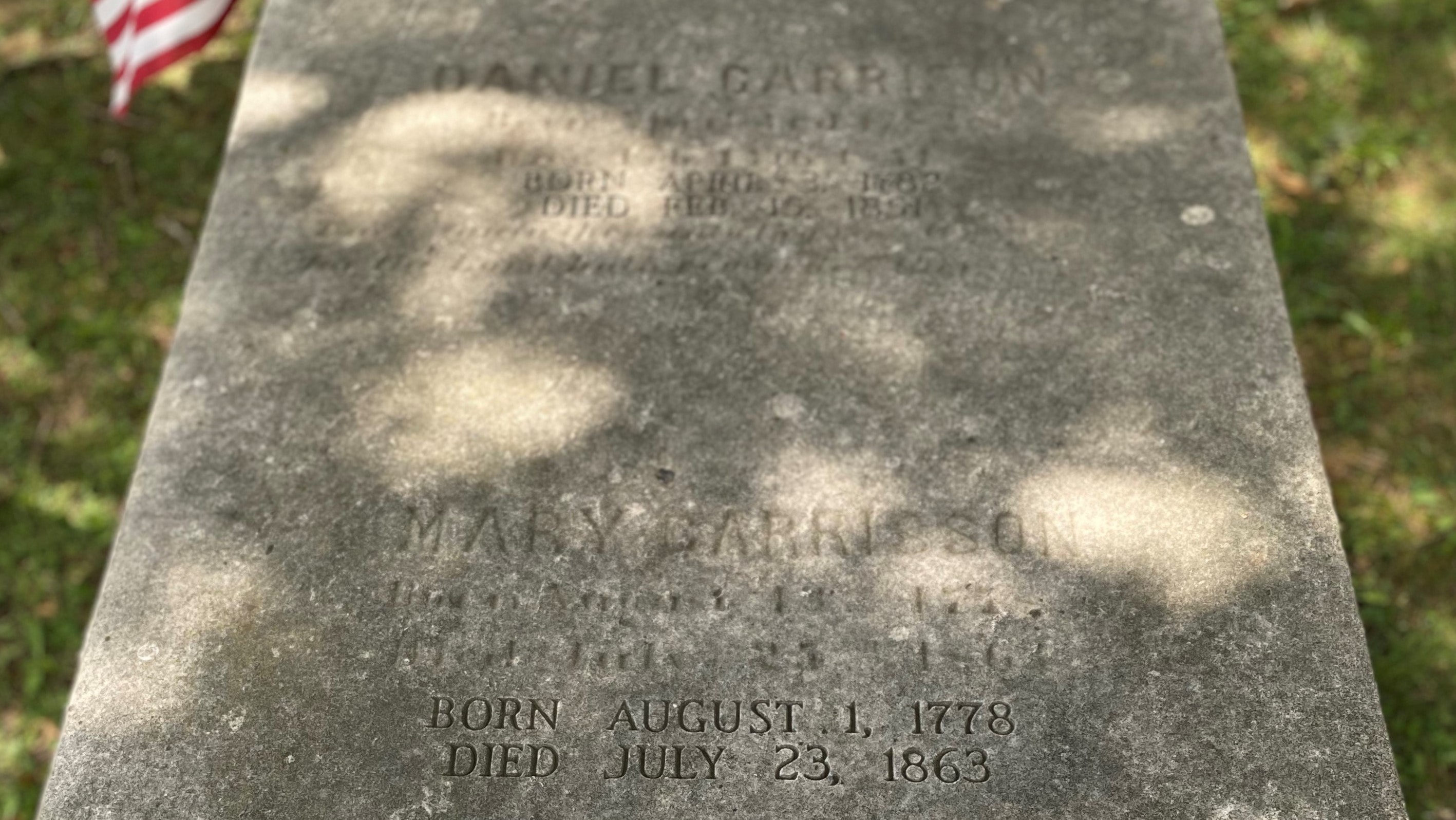 Mary Garrison’s gravestone at St. John's Episcopal Church in Salem, New Jersey. Photograph by the Museum of the American Revolution