Elizabeth (Betsy) Mattison voted on October 13, 1801 when she was a resident of Montgomery Township, New Jersey. At the time she voted, Mattison was a widow. Her husband, Aaron Mattison, had passed away in 1800 and left Elizabeth half of his real and personal estate in his will. His probate inventory was registered on February 2, 1801 at a value of $346.84. The following year Elizabeth wrote a will of her own. Interestingly, the wills of Aaron and Elizabeth Mattison both list Phebe (or Phoebe/Pheby) Davis as a primary beneficiary. Aaron Mattison’s will lists Phebe Davis as a “friend” and daughter of “Aaron Davis” and states that she is to receive the other half of his personal and real estate. Elizabeth Mattison’s will lists Phebe as her “niece” and the only beneficiary of the entirety of her real and personal estate after her funeral expenses. A “Pheby Davis” is also listed as a Montgomery Township voter in 1801, near Elizabeth Mattison’s name. This woman may be Elizabeth’s niece. Neither of the wills acknowledge any children.

Both Elizabeth and Aaron Mattison list their place of residence as Princeton. The 1797 tax list for the Western Precinct (known after 1798 as Montgomery Township) of Somerset County lists “Aaron Mattison Esq.” as the owner of three-quarters of a 10-acre plot of land and one cow. Following Aaron Mattison’s death in 1800, Elizabeth Mattison is listed as the owner of that same plot and cow in the 1802 and 1805 Montgomery Township tax lists. When Elizabeth passed away in 1806, her household inventory had a value of $282.50. 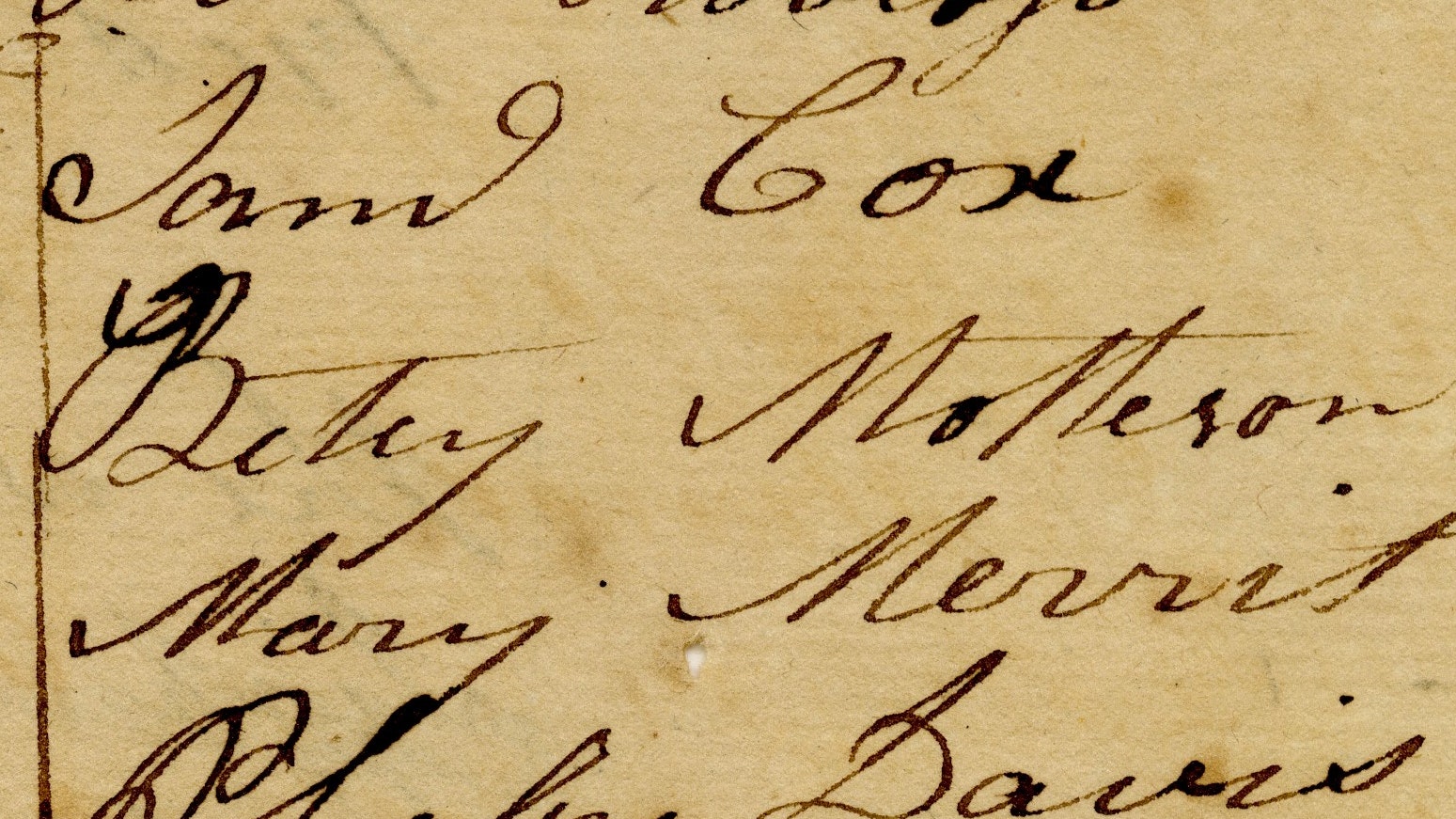 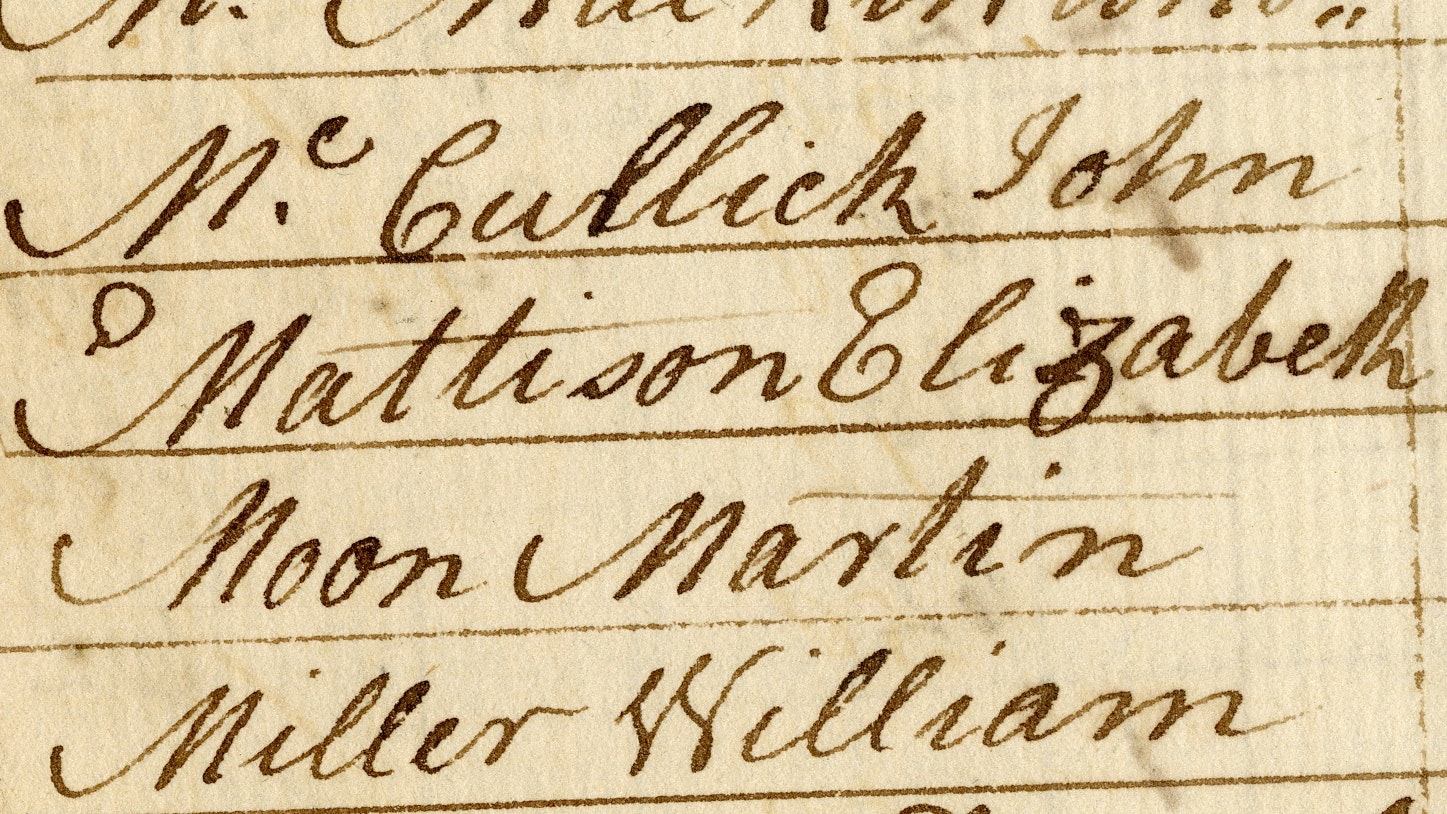