In December 1800, near the end of her life, widow Elizabeth Louderback voted in Upper Penns Neck Township, Salem County, New Jersey. Information has yet to be found about her early life, but Elizabeth married Peter Louderback in the 1750s and they made their home in Pilesgrove and owned land in Upper Penns Neck Township. Their children included John Louderback, who was born in 1757. In about 1758, the Louderbacks purchased the Seven Stars Tavern situated on the Kings Highway (south of Swedesboro) from Joseph Wood and built a new brick residence and tavern on the site in 1762. They continued to operate the tavern. The Louderbacks’ tavern building still stands. It features pattern brick work on the south gable that spells out their initials and the building’s date of construction: “P E LB 1762.” 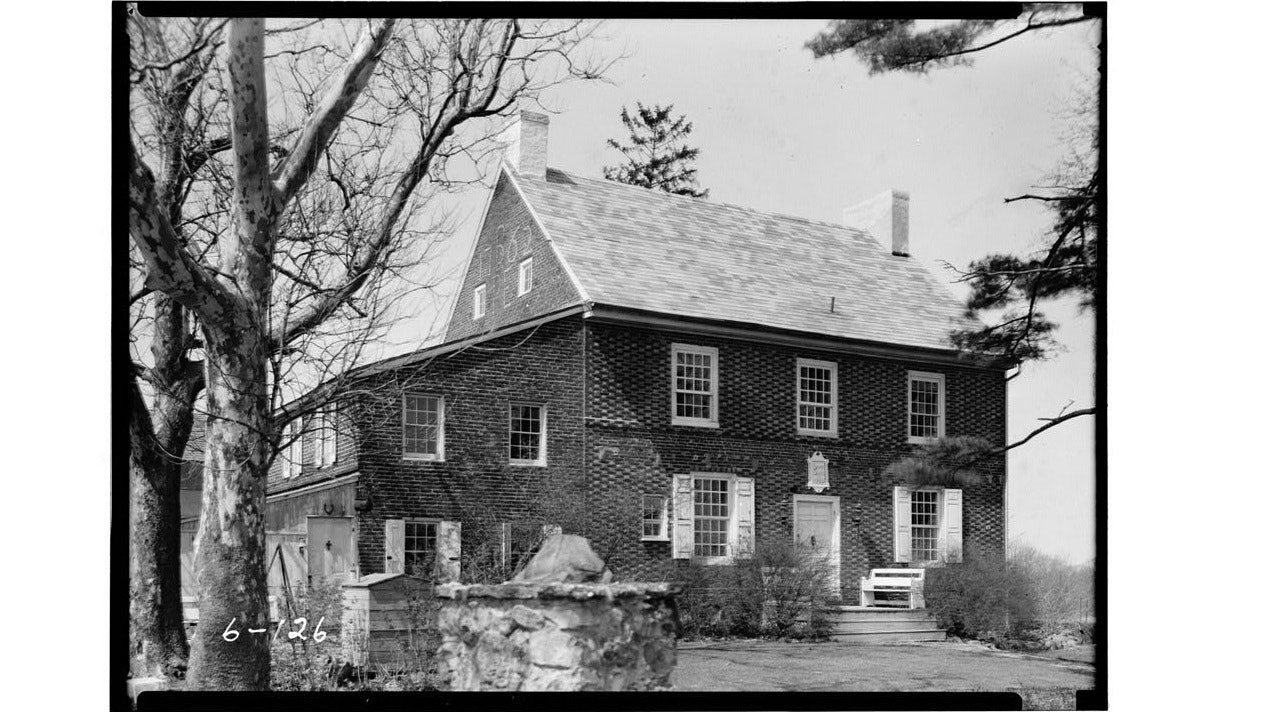 Elizabeth Louderback and her husband Peter built this brick home in 1762 and operated a tavern, known as the Seven Stars. The building still stands. It features pattern brick work on the south gable that spells out their initials and the building’s date of construction: “P E LB 1762.” Library of Congress, Prints & Photographs Division, HABS, HABS NJ-126

During the Revolutionary War, the Louderback family supported the Revolutionary cause. Peter and Elizabeth Louderback apparently provided supplies to the Continental Army, possibly during the Valley Forge encampment when troops under Anthony Wayne’s command gathered food stuff from the population of Salem County in 1778. Their son, John Louderback, joined the Continental Army, specifically Casimir Pulaski’s Legion of Dragoons. He appears on muster rolls as early as 1779. Peter Louderback died without a will in 1780. His estate inventory was valued at over 9,667 pounds. John Louderback presumably took over operations of the Seven Stars Tavern. He died without a will in 1802 with an estate inventory valued at $1,271.

Elizabeth Louderback is named on the Upper Penns Neck Township tax list for 1789 as the owner of one acre of improved land, which she may have received as part of the settlement of her husband’s estate. Her son John appears on the same tax list as the owner of 170 acres of land. Elizabeth and her son John do not appear on any other tax lists for the township. It is possible that she lived with her son during her widowhood. As a property owner, Elizabeth Louderback exercised her right to vote in Upper Penns Neck Township in 1800. She is not recorded on any other surviving poll lists for the township. She is recorded as a widow in the 1806 list of communicants for Trinity Episcopal Church in Swedesboro. Seven years later she wrote her will. Her will stated that she lived in Pilesgrove Township, adjacent to Upper Penns Neck Township. Louderback left her estate to whoever was taking care of her at the time of her death (her son John had died in 1802). The value of her estate was listed as $79.50. It is unknown where Elizabeth Louderback is buried. 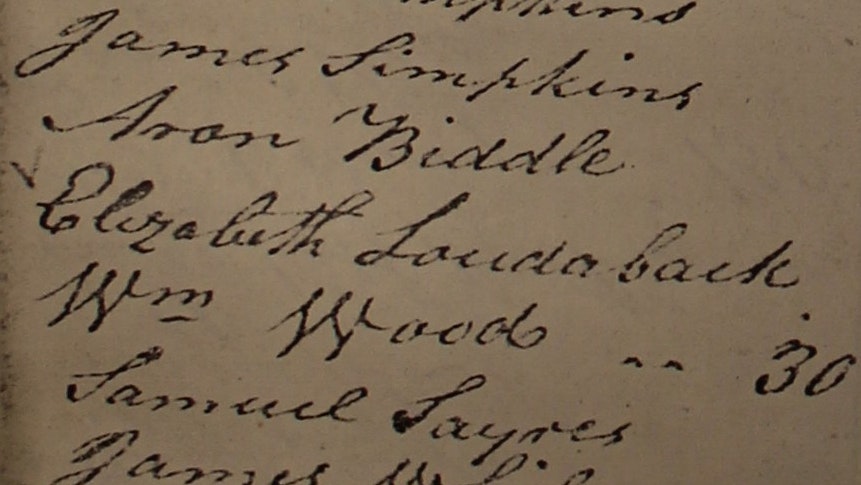 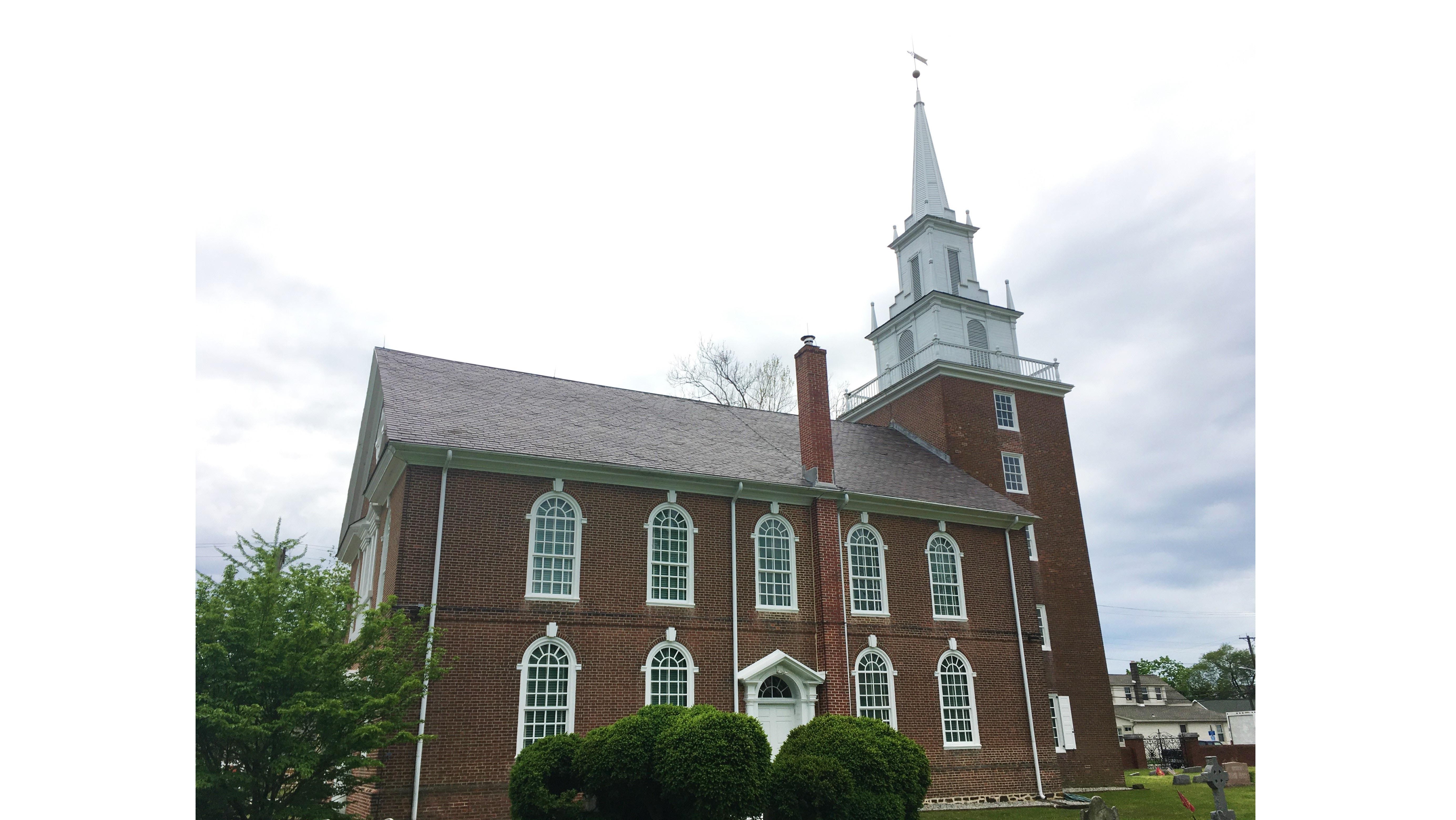 In 1806, Elizabeth Louderback was listed as a communicant at Trinity Episcopal Church in Swedesboro. The church building (built in 1784) in which Louderback attended services still stands and continues to be used by the congregation. Photograph by the Museum of the American Revolution