Caesar Trent is one of at least four free Black men who voted in Montgomery Township in October 1801. He was a well-known resident of Princeton, New Jersey.

Caesar Trent (also spelled “Cezar”), perhaps the most well-known Black resident of Princeton, New Jersey, at the beginning of the 1800s, voted in an election held in Montgomery Township, Somerset County, in October 1801. Little is known about Trent’s early life, but it is possible that he was born in Africa, as one contemporary described him as “a native of Africa.” It is difficult to determine whether that description means he was born in Africa or if it is another way of saying that he was Black. Trent’s name and the descriptor “negro” appear on a Somerset County tax list from 1789, the earliest known reference to Trent in county tax records. His name consistently appeared on tax records into the first decade of the 1800s. According to the 1797 tax list for the Western Precinct (later known as Montgomery Township) of Somerset County, Trent owned a small parcel of land and some livestock. He was likely engaged in farming and was also paid for various work by fellow Princeton residents. 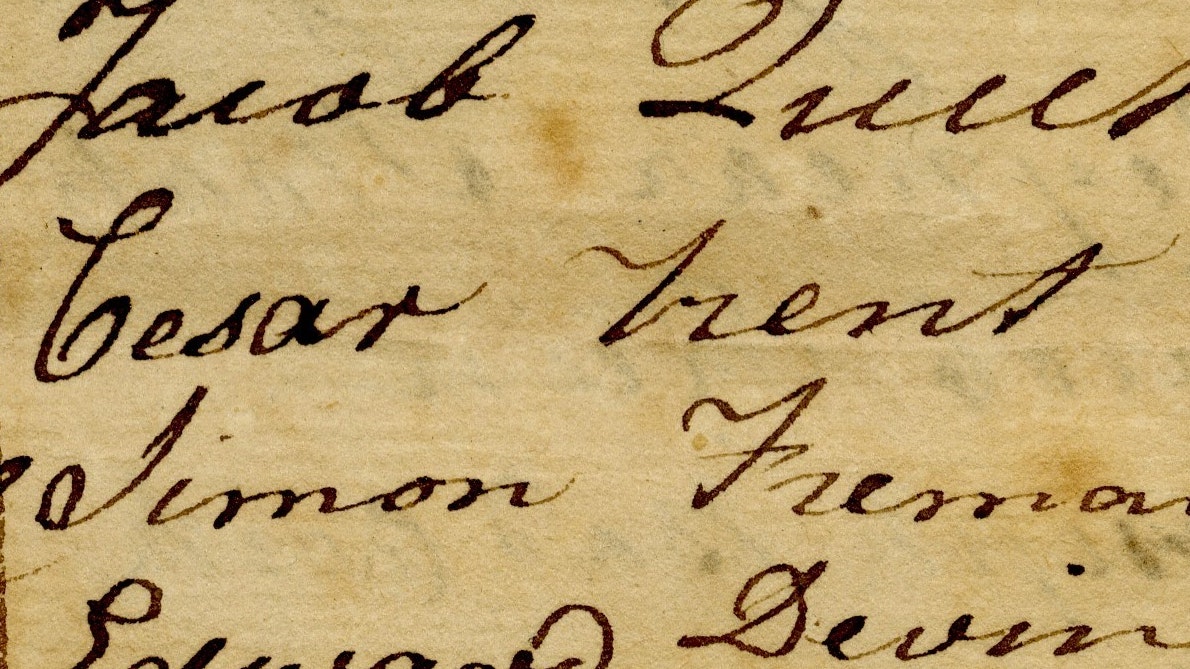 Caesar Trent’s story is a surprising and complicated one in the history of Princeton. That is due to the fact that Trent owned at least one enslaved person and participated in the sale of another enslaved person. According to an advertisement placed in the New Jersey State Gazette and published on January 23, 1793, “an indented BLACK MAN named WILL” who had “lately belonged to Caesar Trent, a negro in Princeton” ran away from Edward Dunant of Philadelphia. Two years later, Trent placed an advertisement for the sale of a different, unnamed enslaved man in the New Jersey State Gazette. It is unclear if Trent owned the enslaved man, or if he was advertising the sale on behalf of someone else.

Caesar Trent was also known in Princeton for delivering orations to residents on Independence Day. According to one contemporary writing in 1804, “he was often decorate with an old cocked hat an a continental coat, and after assisting them in firing the cannon, he was in the habit of using it as a temporary stage, on which he would deliver an Angle-African speech, much to the amusement of his audience.” It is unknown why Trent delivered these orations and it is unknown if he actually served in the Continental Army during the Revolutionary War. This anecdote, like his participation in the practice of slavery, brings into question how Trent positioned himself and how others saw him in relation to fellow people of African descent and to white people in his community. His actions could be perceived as purposely perpetuating racial stereotypes and inequality. 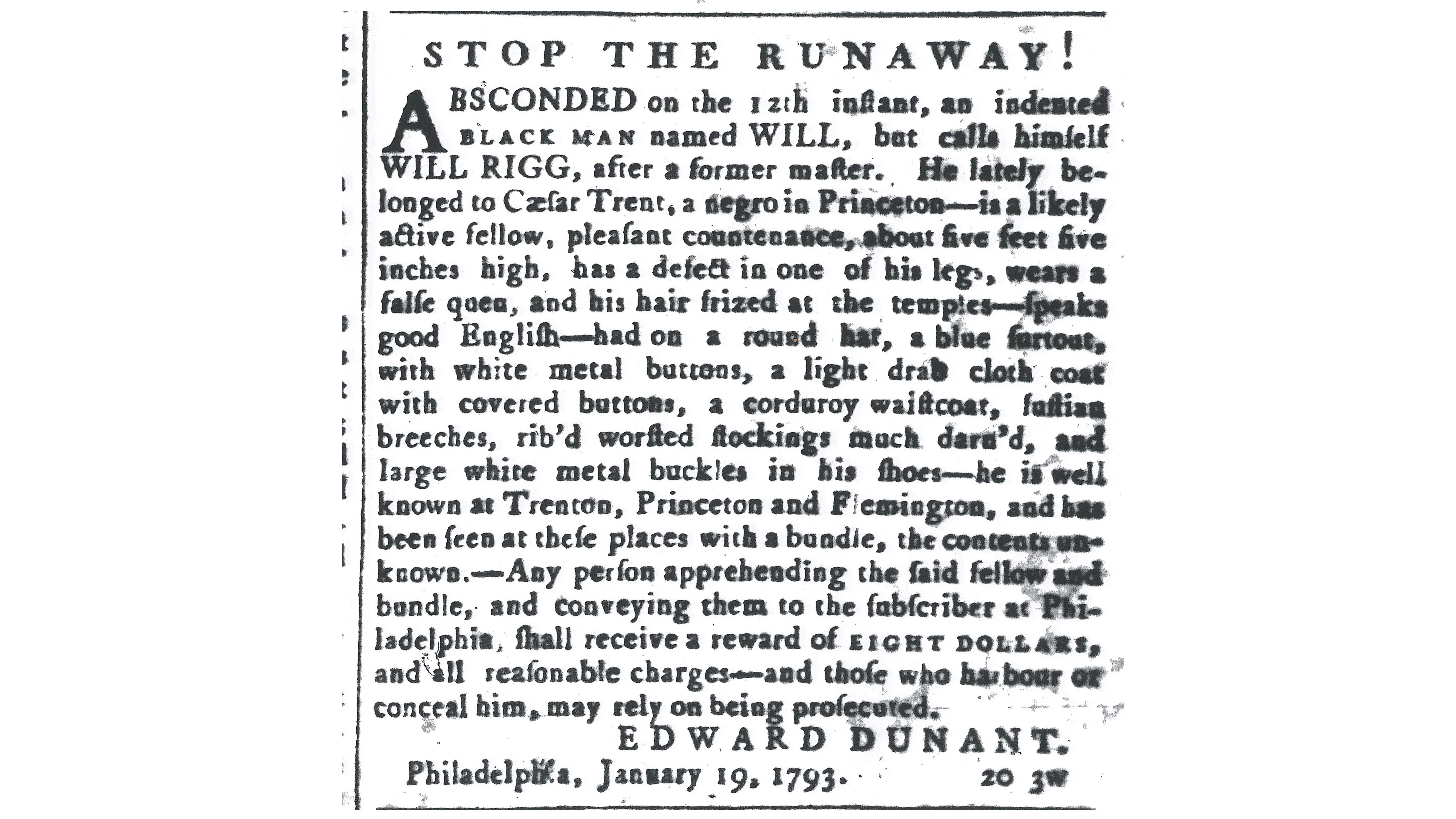 Caesar Trent is mentioned as the former owner of an enslaved man named Will in this advertisement placed in the “New Jersey State Gazette,” published on January 23, 1793. New Jersey State Archives, Department of State

Caesar Trent died in 1813. During the last decade of his life, Trent owned a house on the main street (now Nassau Street) in Princeton and owned land in nearby Maidenhead (now Lawrenceville). In 1808, Trent was found guilty in a Somerset County court for receiving stolen goods. Little is known about the circumstances of Trent’s supposed crime, but he was imprisoned for one year at the state penitentiary in Trenton. In his will, Caesar Trent, described as “a free black man,” left his wife Caty their household goods and ordered that his land in Maidenhead be sold to pay his debts. The remaining money from that land sale would go to his wife and to his friend Peter, “a free black man” who had been a servant to a local man. The sum of $40 was also set aside for a woman named Jude, a servant (it is unclear if she was enslaved or free) to Ralph Sansbery. Caty Trent and Peter were to share Trent’s house in Princeton. Caesar Trent’s estate was valued at $110.45. His burial location is unknown.