Amy Cheston owned 20 acres of land and some livestock when she voted as a widow in Montgomery Township. She lived until 1841 when she died at the age of 97.

Amy Cheston, born Amy Walker, voted in Montgomery Township, New Jersey, when she was 57 years old. At the time, she had been a widow for nine years. On April 13 or 18, 1769, Amy Walker married John Cheston in Hunterdon County, New Jersey. Together, they had at least two sons, Elijah and John, and a total of three or four children. John Cheston, Sr., died on January 31, 1792. During the Revolutionary War, he served in Captain John Polhemus’s company of the 1st New Jersey Battalion for about a year (1775-1776) and participated in the Revolutionaries’ unsuccessful Canadian Campaign. 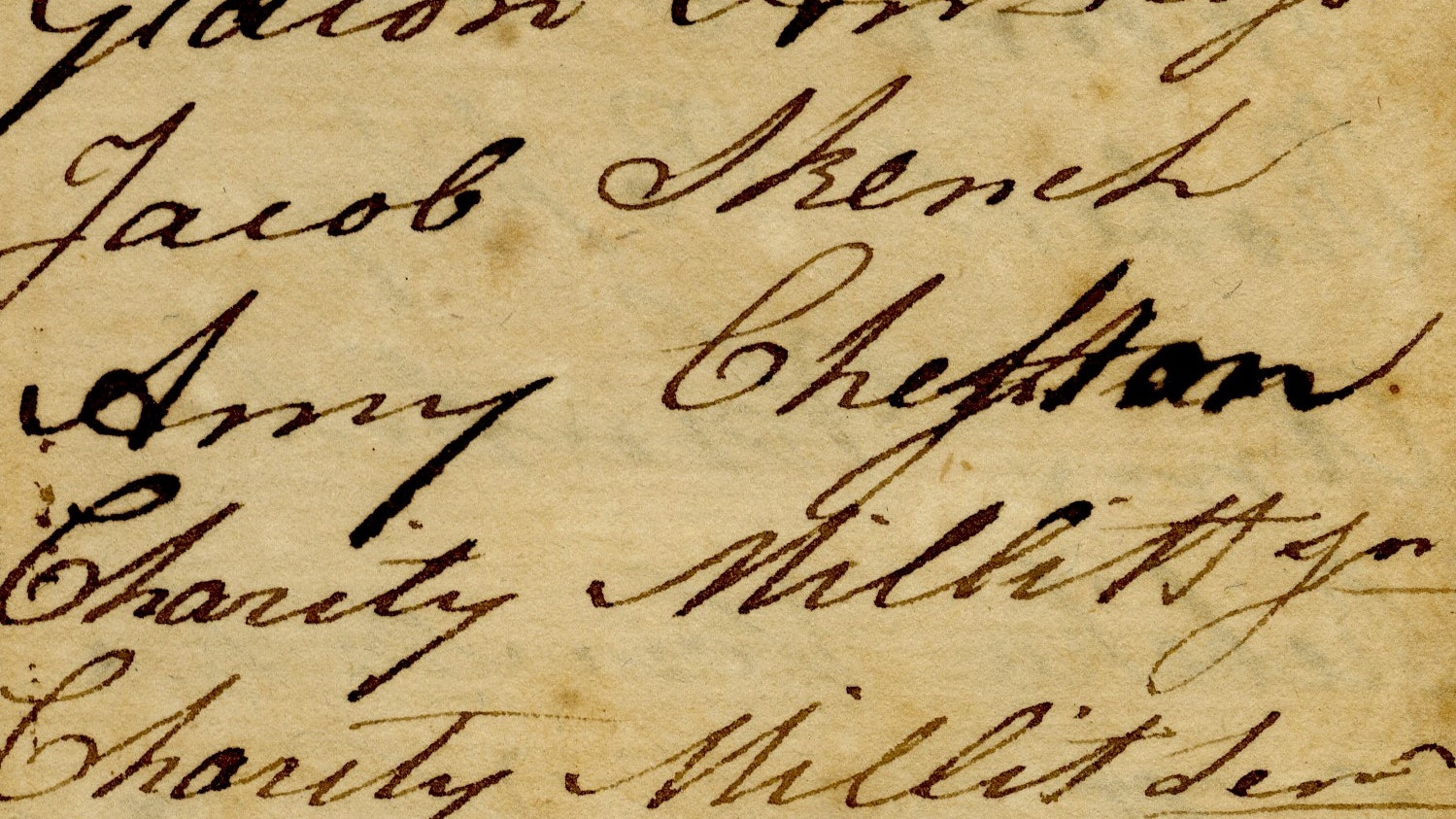 The Cheston family is recorded on tax lists for the Western Precinct of Somerset County, which would become known as Montgomery Township in 1798. Beginning in 1792, Amy Cheston is listed as a widow on the tax lists. The 1797 list records her as the owner of 20 acres of improved land, one horse, and two head of cattle. Her son John is also listed on the township tax lists following his father’s death. He voted along with his mother in 1801.

During the later decades of her widowhood, Amy Cheston lived with her son John and his family. She is likely the woman between the ages of 80 and 90 listed in John’s household in the 1830 United States Census. In 1839 and 1840, at the ages of 95 and 96, Amy Cheston appeared before the newly formed Mercer County Court of Common Pleas to apply for a Revolutionary War Widow’s Pension from the Federal Government. She provided testimony about her husband’s military service at the beginning of the Revolutionary War and confirmed that she never remarried following her husband’s death. This act of going before the court to plead her case must have been a difficult task for such an elderly woman. One person who supported her claims and confirmed John Cheston’s military service described Amy Cheston as being “very infirm.” Amy Cheston did receive a pension from the government, with her last payment sent in 1841. Cheston died on May 12, 1841 at the age of 97 and is buried in the cemetery of the Presbyterian Church of Lawrenceville in Mercer County. She lived as a widow for a total of 49 years. Her gravestone still stands as a record of her long life. 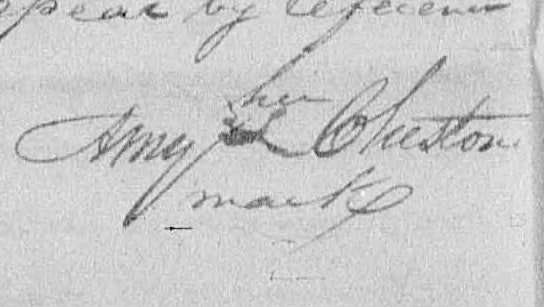 Perhaps due to her advanced age, Amy Cheston did not sign her name on her Revolutionary War Widow’s Pension application. She made her mark instead. National Archives and Records Administration/Fold3.com 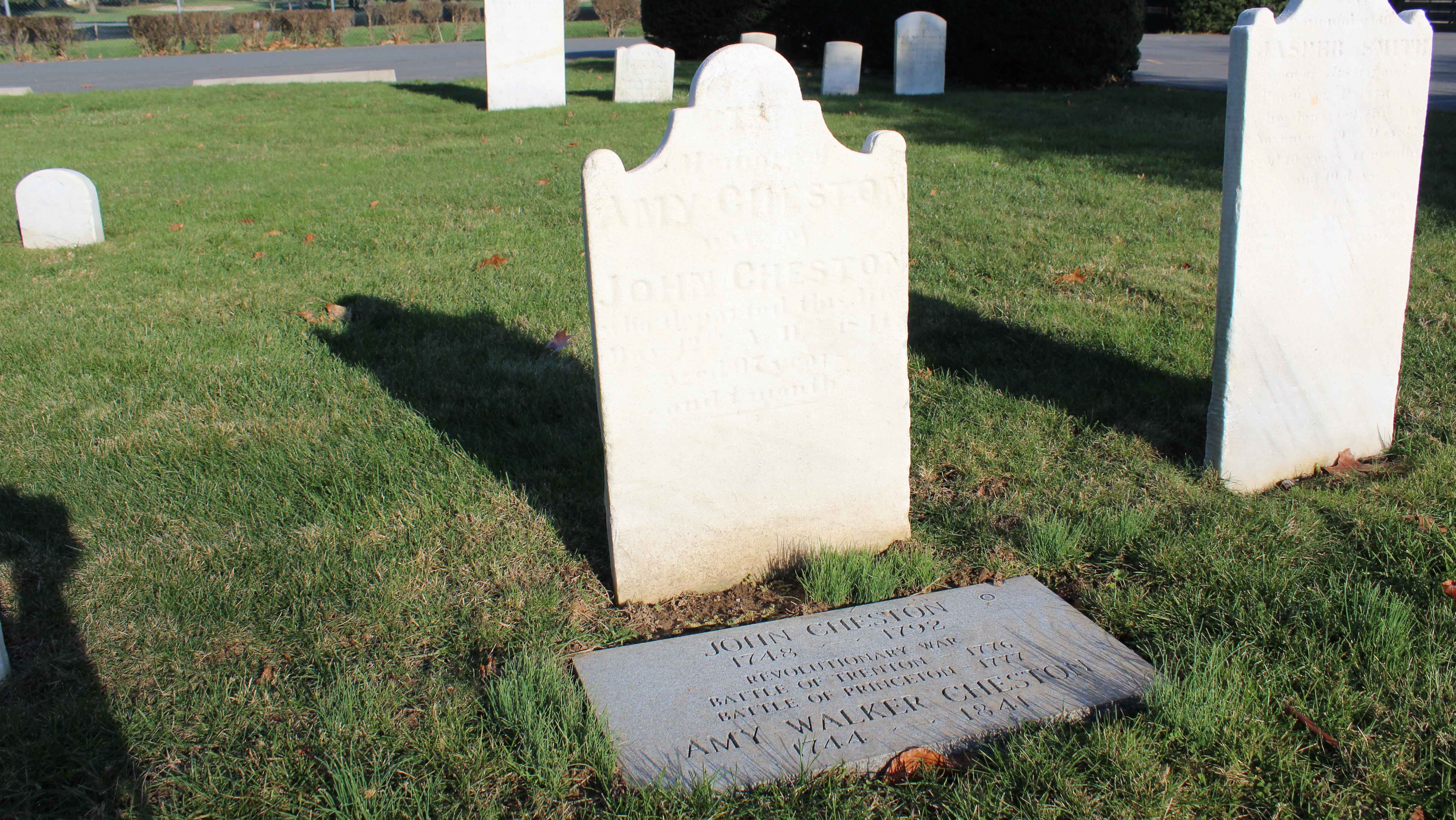 Amy Cheston's gravestone at the cemetery of The Presbyterian Church of Lawrenceville, New Jersey. Photograph by the Museum of the American Revolution