Tyonajanegen, also known as Two Kettles Together, was an Oneida woman who married Han Yerry in the 1750s and settled at the village of Oriska. By 1777, they managed a large farm, lived in a frame house, and owned a significant number of livestock, as some of the wealthiest local Oneida. On Aug. 2, 1777, she carried word into the countryside that the British and their Native allies were surrounding Revolutionary-held Fort Schuyler. On Aug. 6, at the Battle of Oriskany, Tyonajanegen fought alongside her husband, first with two pistols and then loading for him after he was wounded, an incident which appeared in period newspapers. Other British-allied Haudenosaunee/Iroquois destroyed their farm in retribution. Tyonajanegen lived into the 1820s.

Next Figure Back to Full Tableau 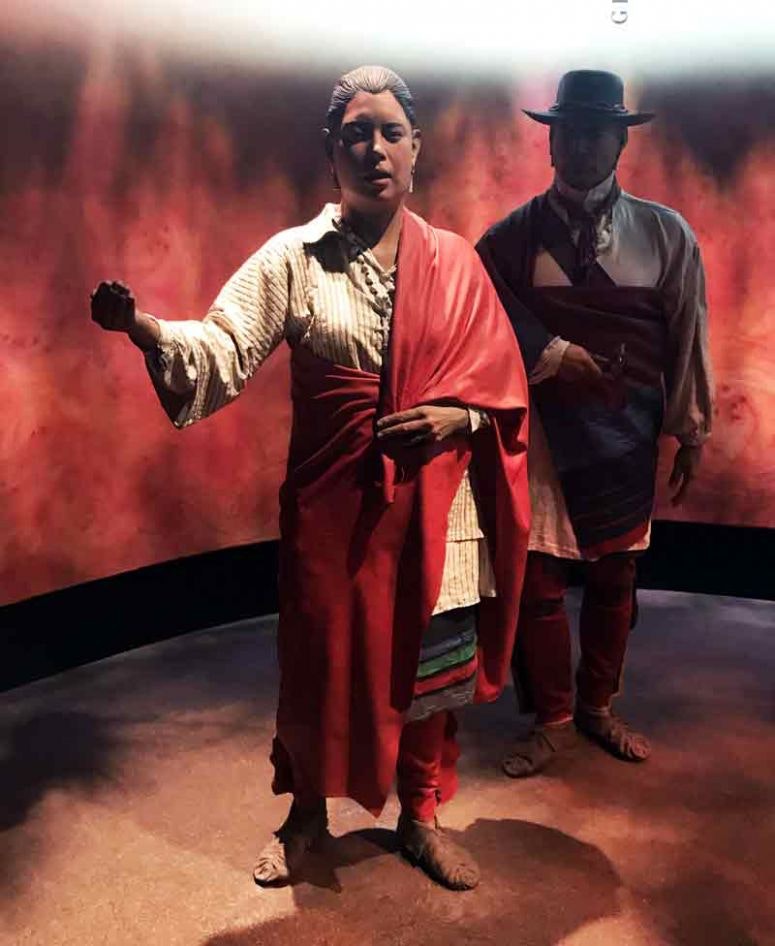