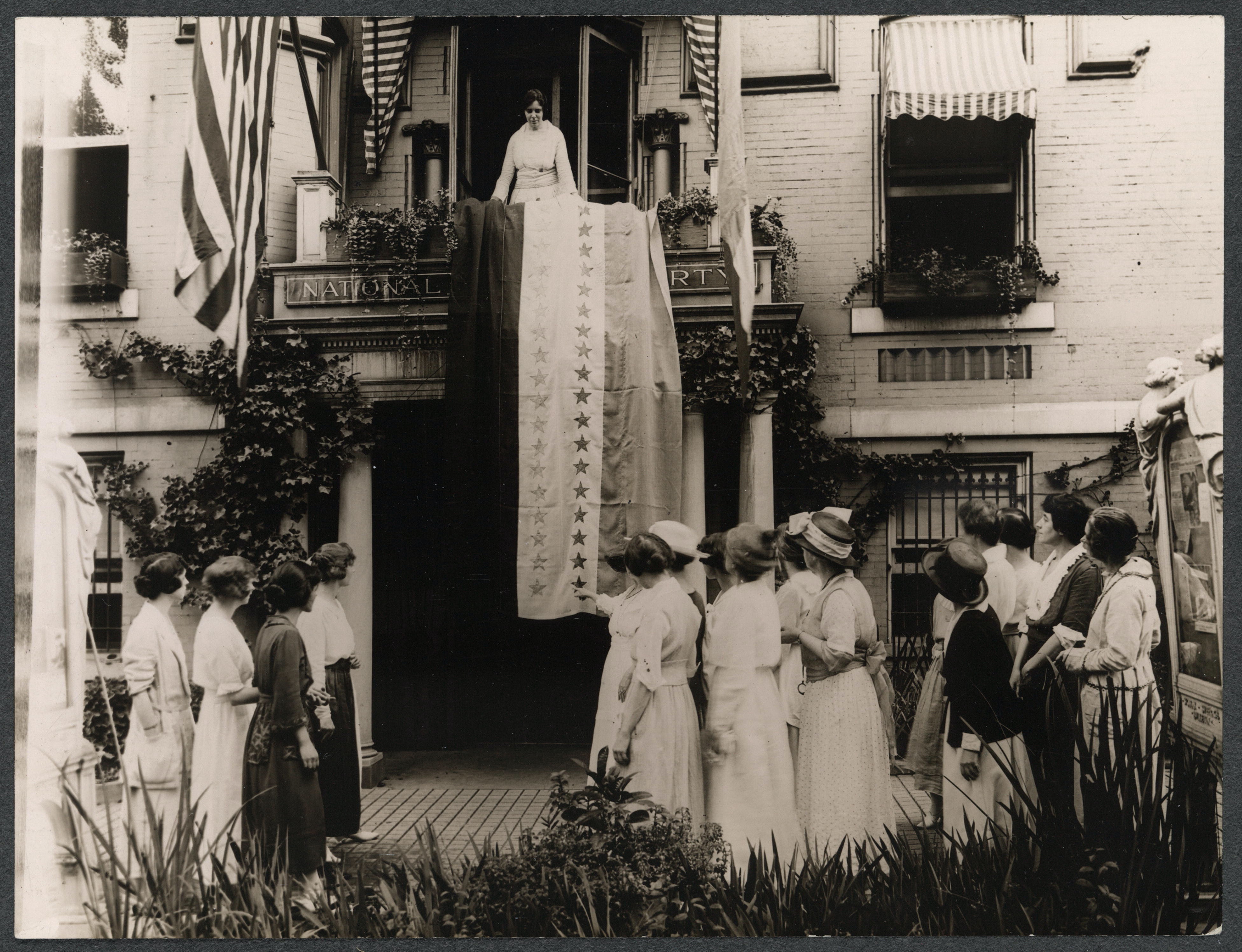 Tennessee became the 36th state to ratify to the 19th Amendment. Once Alice Paul and the National Woman’s Party received word of Tennessee's ratification, she hung this ratification banner from the balcony of the NWP headquarters in Washington, D.C.