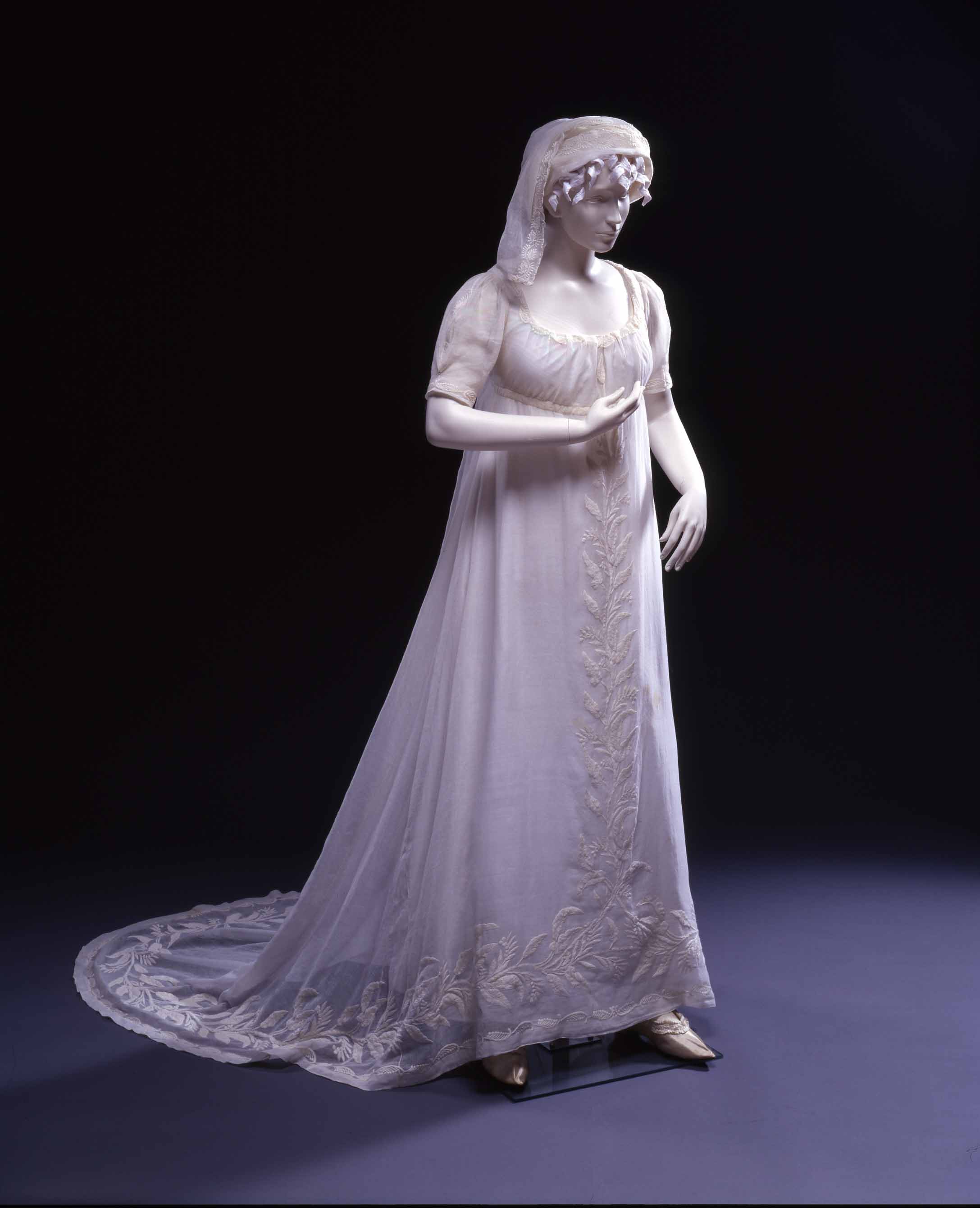 Coverage of women voters was wide and varied. Some papers portrayed women voters as “petticoat electors,” implying they may have been older, or mindless pawns of male candidates. Others described women voters as “Wollstonecraftians,” after British feminist thinker Mary Wollstonecraft, suggesting their radicalism and potential to bring the chaos of Revolutionary Europe to America. These satirical depictions branding women voters “dangerous” stoked fears that women in New Jersey had the ability to tip the scales of partisan power.

One newspaper in 1797 referred to women voters in Elizabethtown as “...believers in the democratic Wollstonecraft’s Rights of Woman,” who “turned out in support of their favourite candidates...”

Neoclassical or “antique” style gowns were part of a broader revolution in style that was meant to echo the radical political changes of the American and later the French Revolution. Like neoclassicism in buildings and art, these white chemise dresses mimicked the fashions of the ancient Greek and Roman republics – lightweight, high waisted, and short sleeved.

It is possible that this gown was sewn by Catharine “Kitty” Livingston Ridley, the daughter of Susan French Livingston and New Jersey Governor (1776 –1790) William Livingston, in Trenton, New Jersey.

The most likely owner of this dress is Eleanor Armstrong, daughter of Susanna Livingston and James Francis Armstrong. Born in 1785 in Trenton, New Jersey, Armstrong married in 1803 at the age of 18. This may have been her wedding dress.

Though she died in 1797, Wollstonecraft’s writing continued to influence American women throughout the Early Republic, including Philadelphia Quaker Elizabeth Drinker and New Jersey women voters, who were often referred to in newspapers as “Wollstonecraftians.”