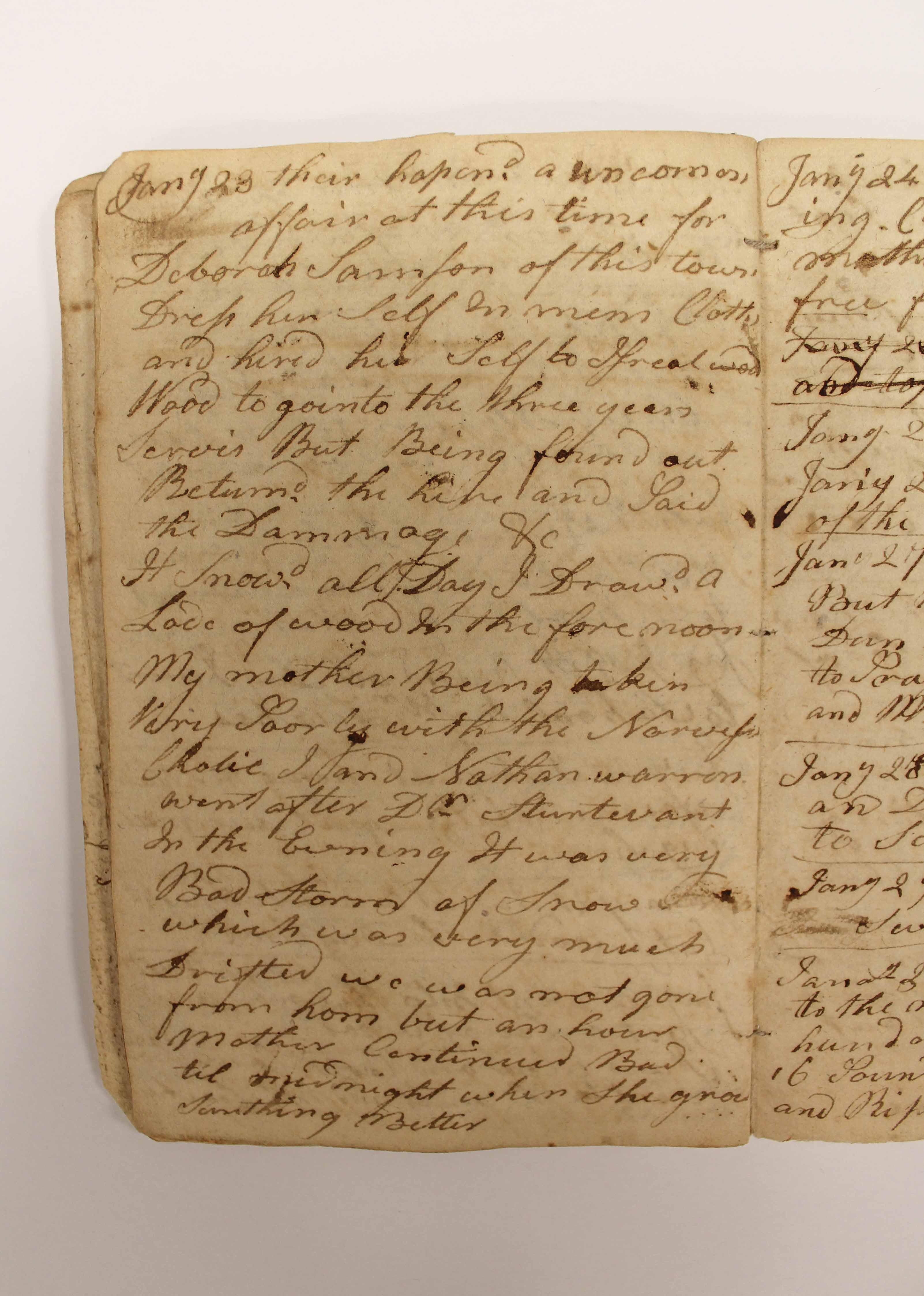 Abner Weston, a corporal in the Massachusetts militia, kept this pocket diary in 1782. His entry for January 23rd described an “uncommon affair,” in which Deborah Sampson dressed in men’s clothes and attempted to enlist in the army, only to be discovered and fined. Weston’s reference to Sampson includes little judgement of her actions.

This document is the earliest surviving account of her first attempted enlistment. Determined to be a soldier, Sampson enlisted a second time in a neighboring town where few people knew her. That time she succeeded.

Museum of the American Revolution.