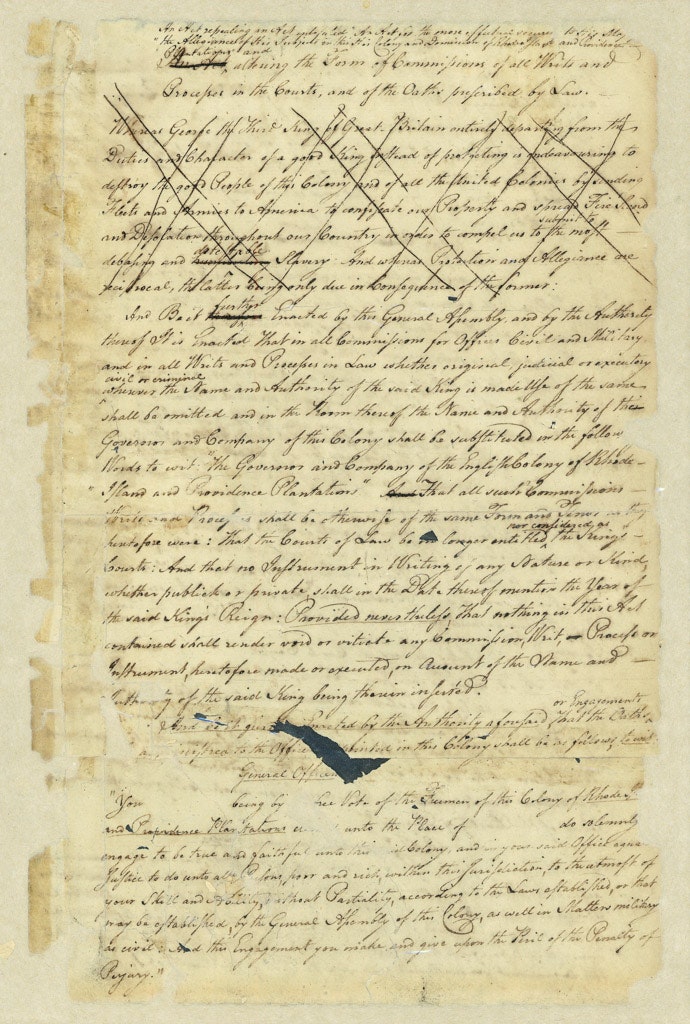 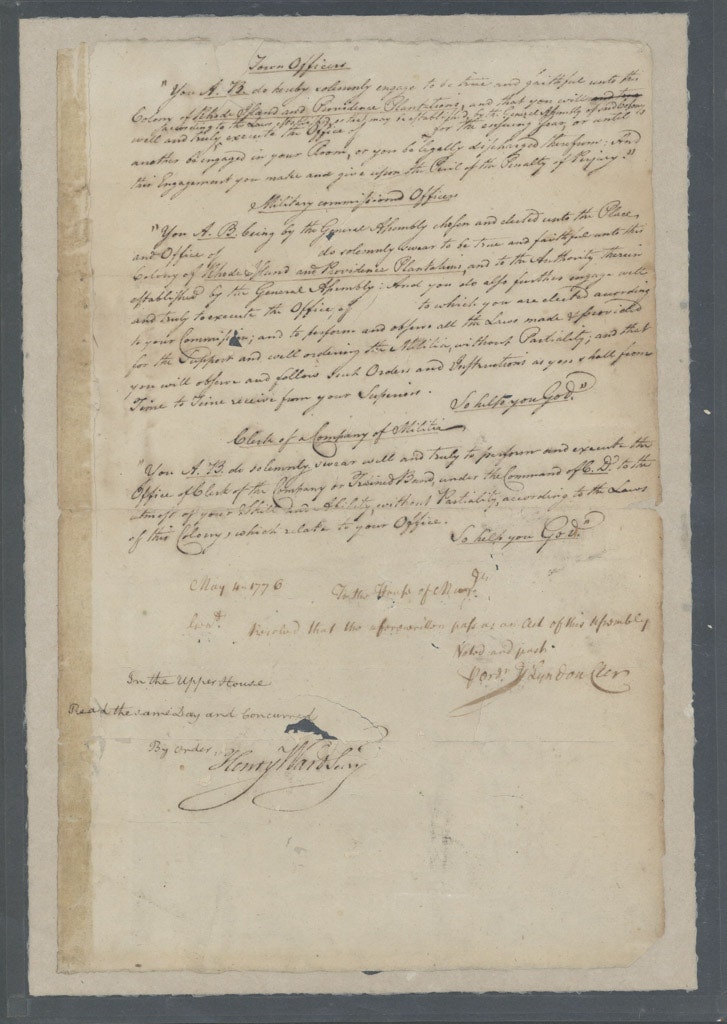 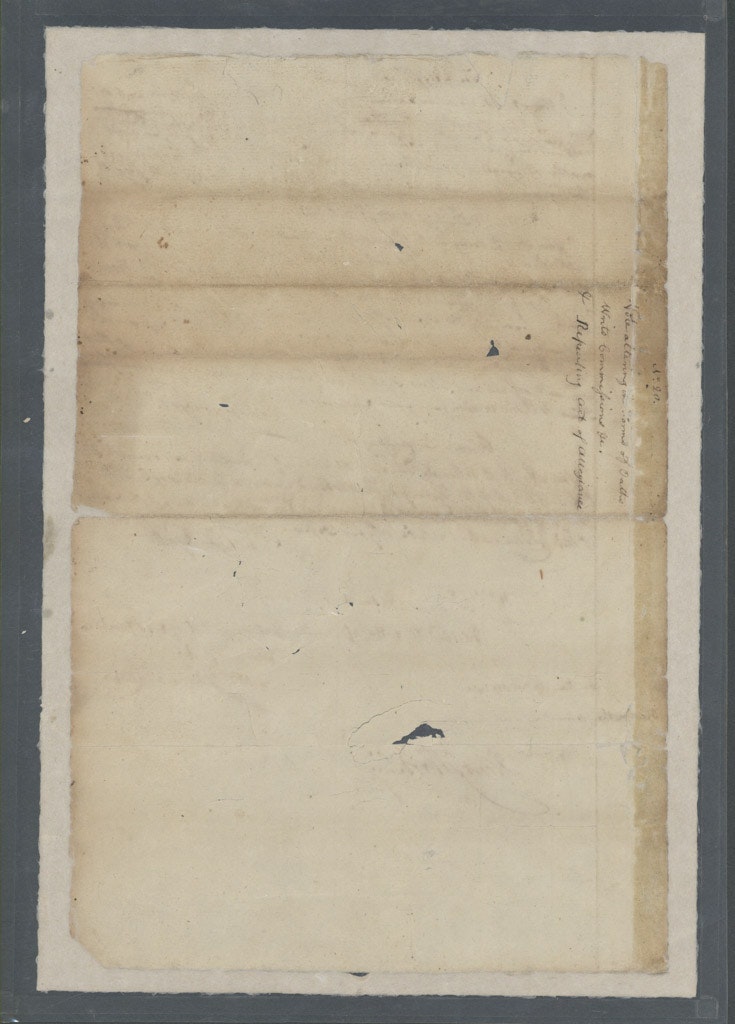 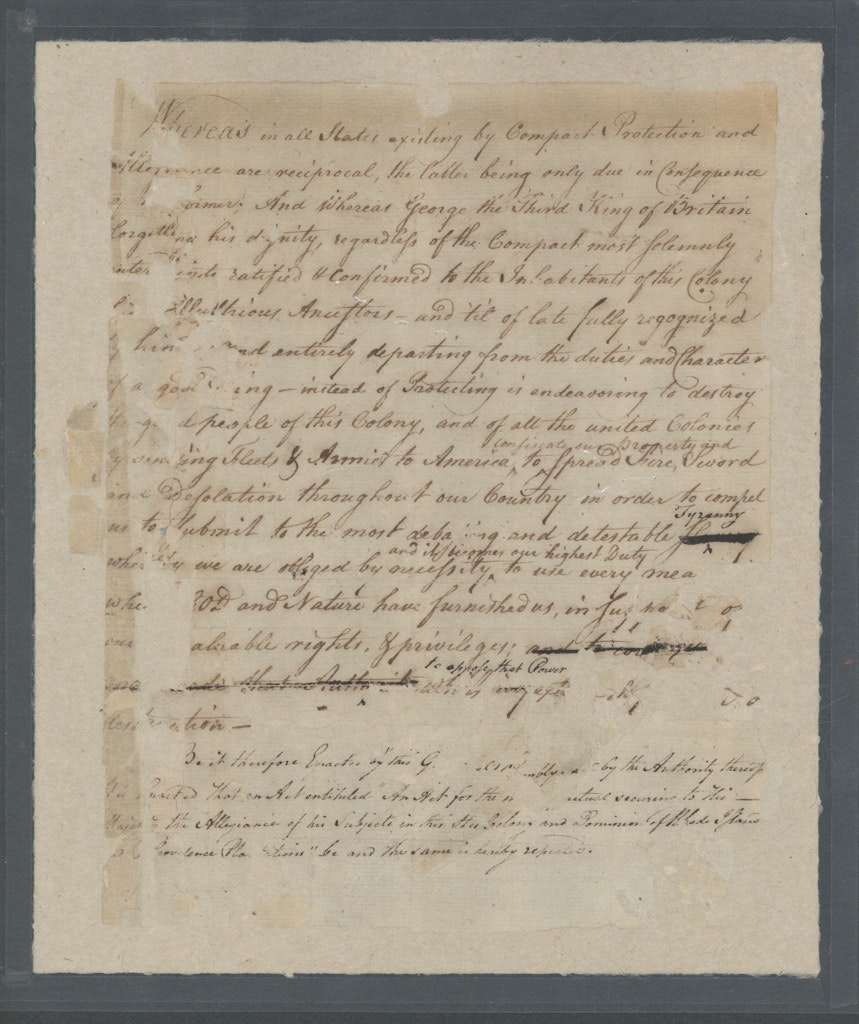 Via this act, Rhode Island’s General Assembly formally rejected King George III and broke their legal ties to him months before independence was officially declared by the Second Continental Congress. This document repealed an earlier act passed by Rhode Island’s assembly entitled “An Act for the more effectual securing to His Majesty the Allegiance of his Subjects in this His Colony and Dominion of Rhode Island and Providence Plantations” which had once bound them to Great Britain. In addition to renouncing the King, this document also includes several new oaths created for government officials that removed language that bound them to royal authority.