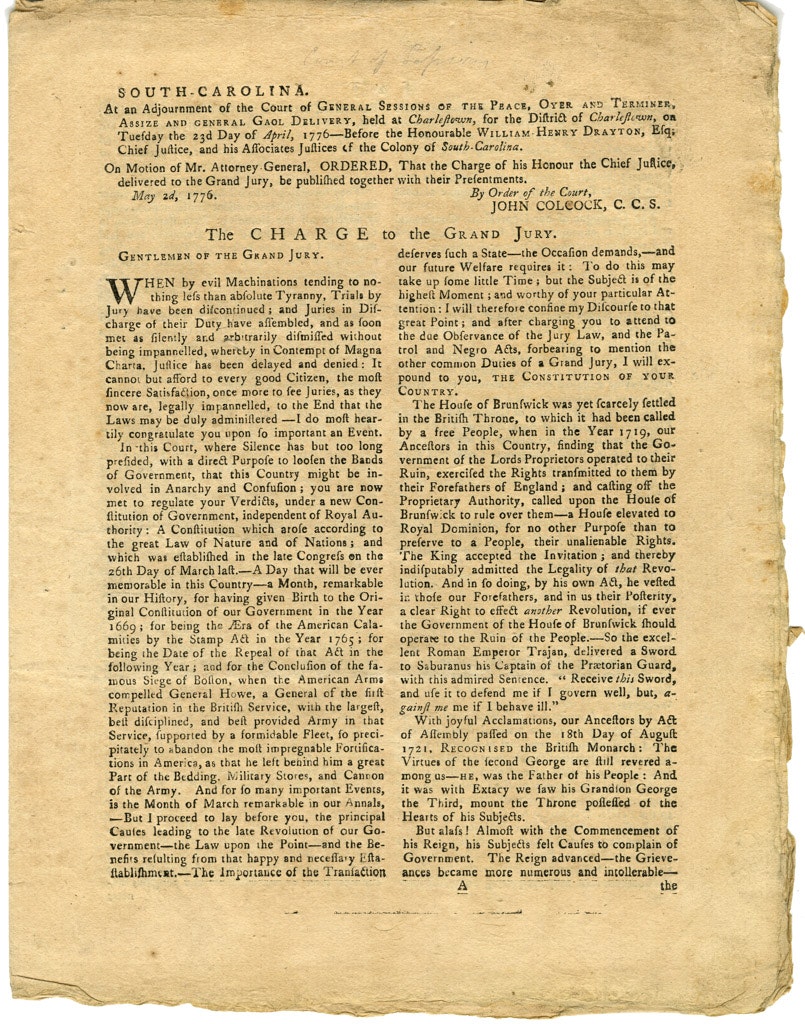 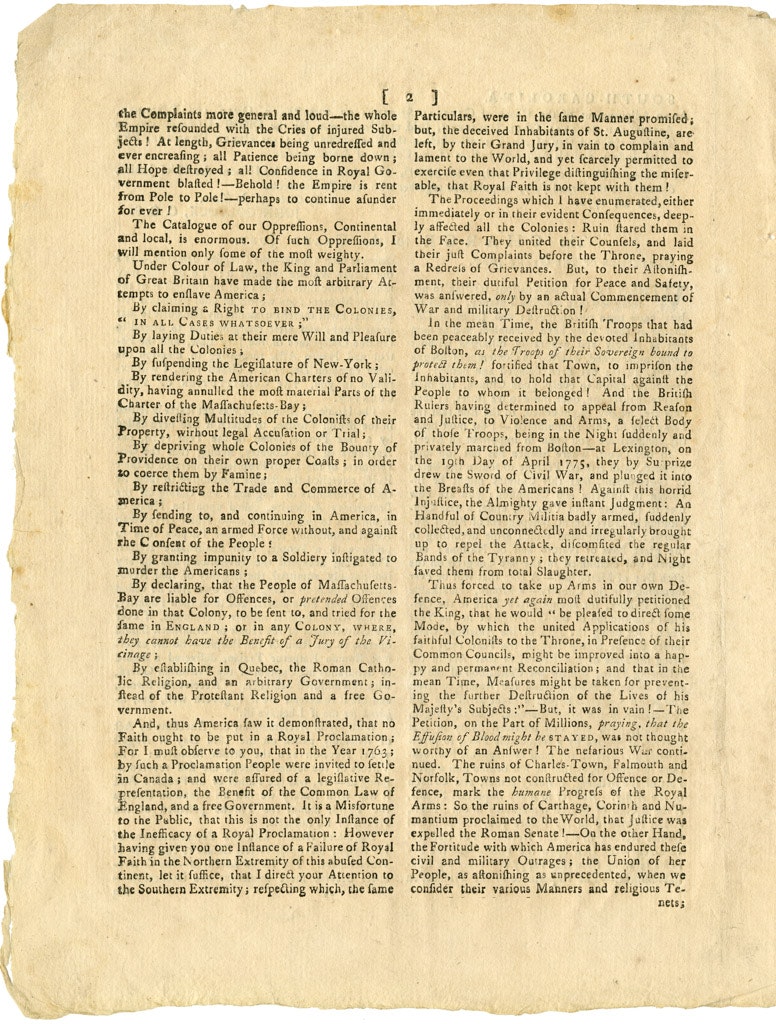 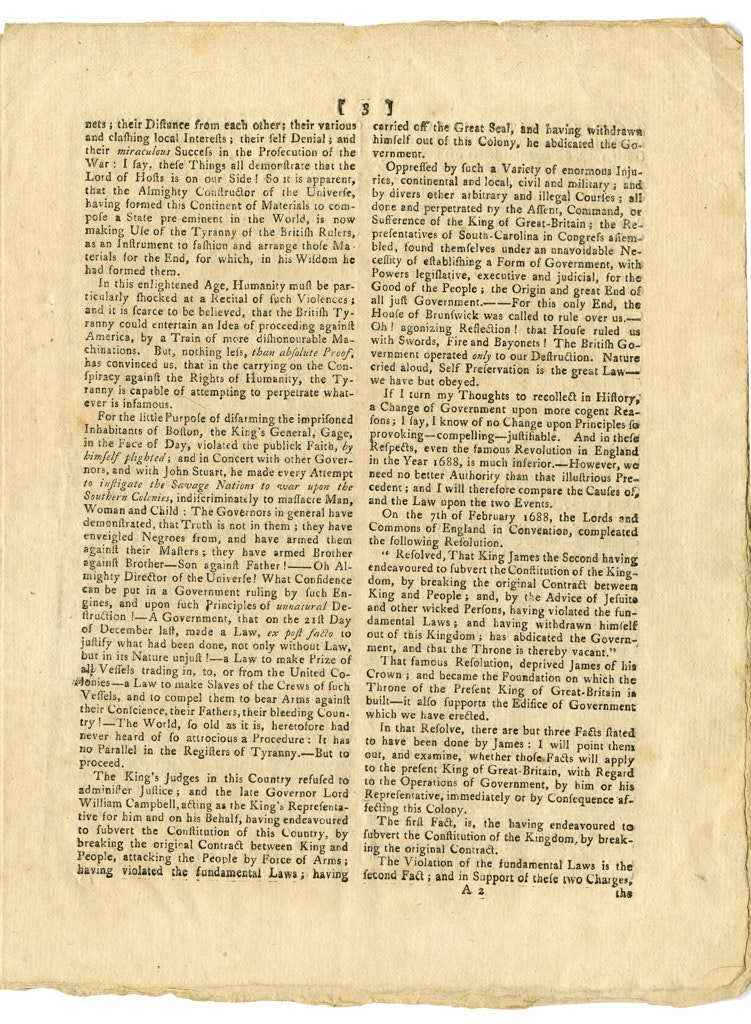 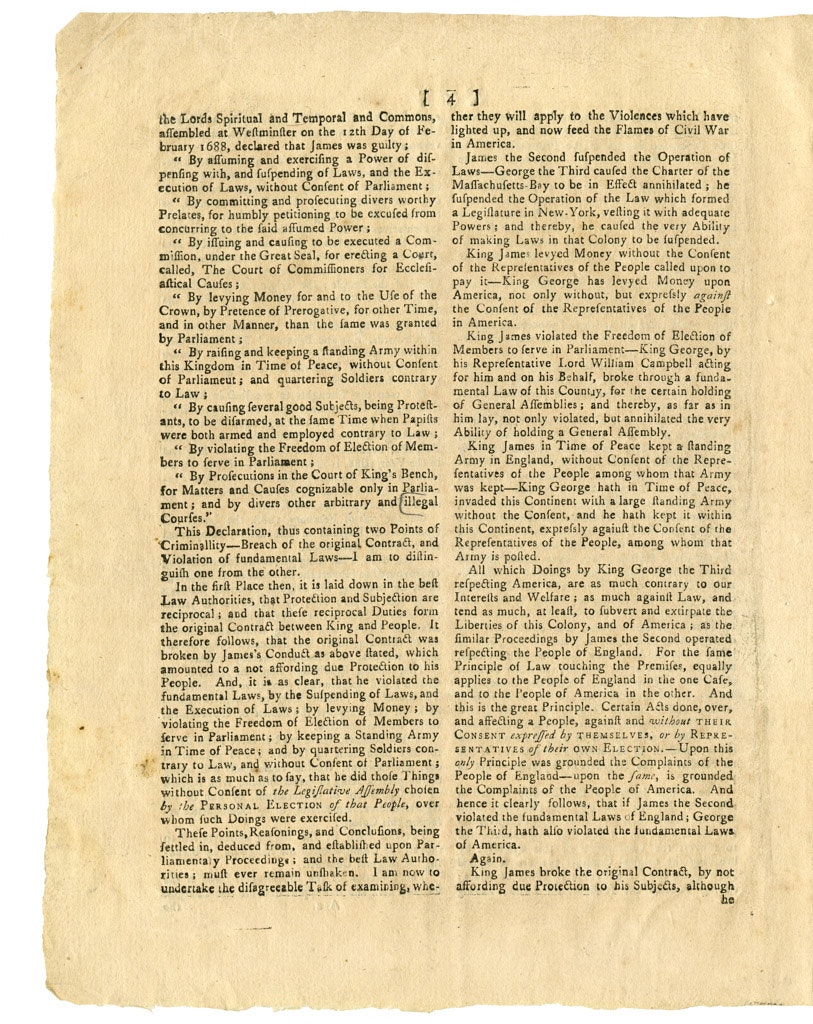 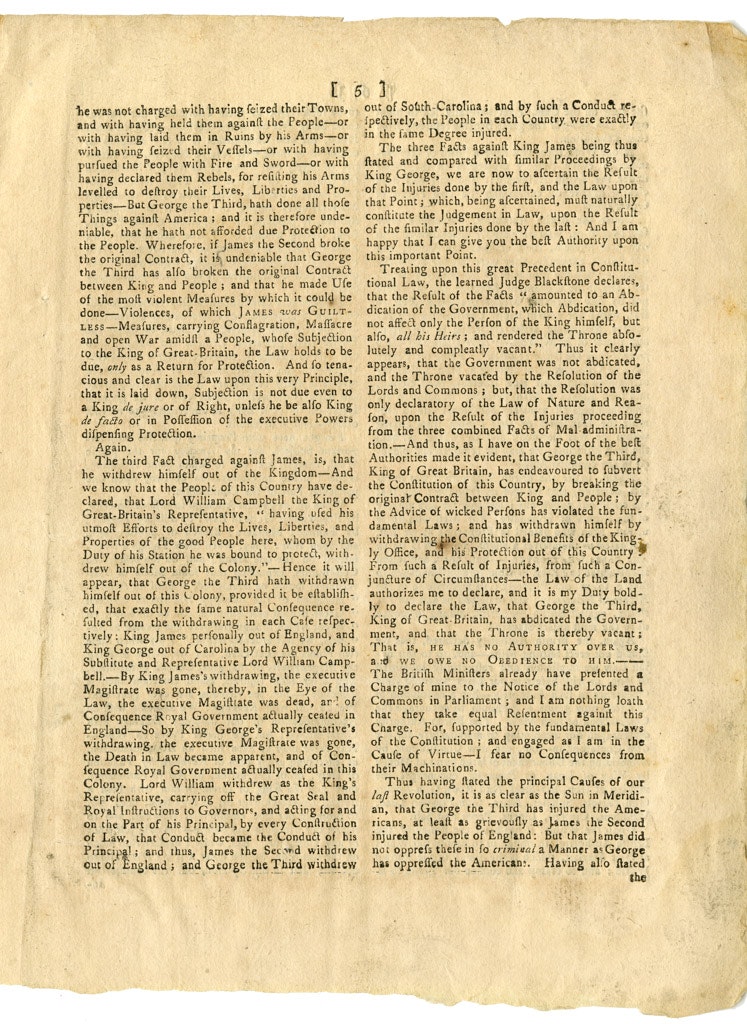 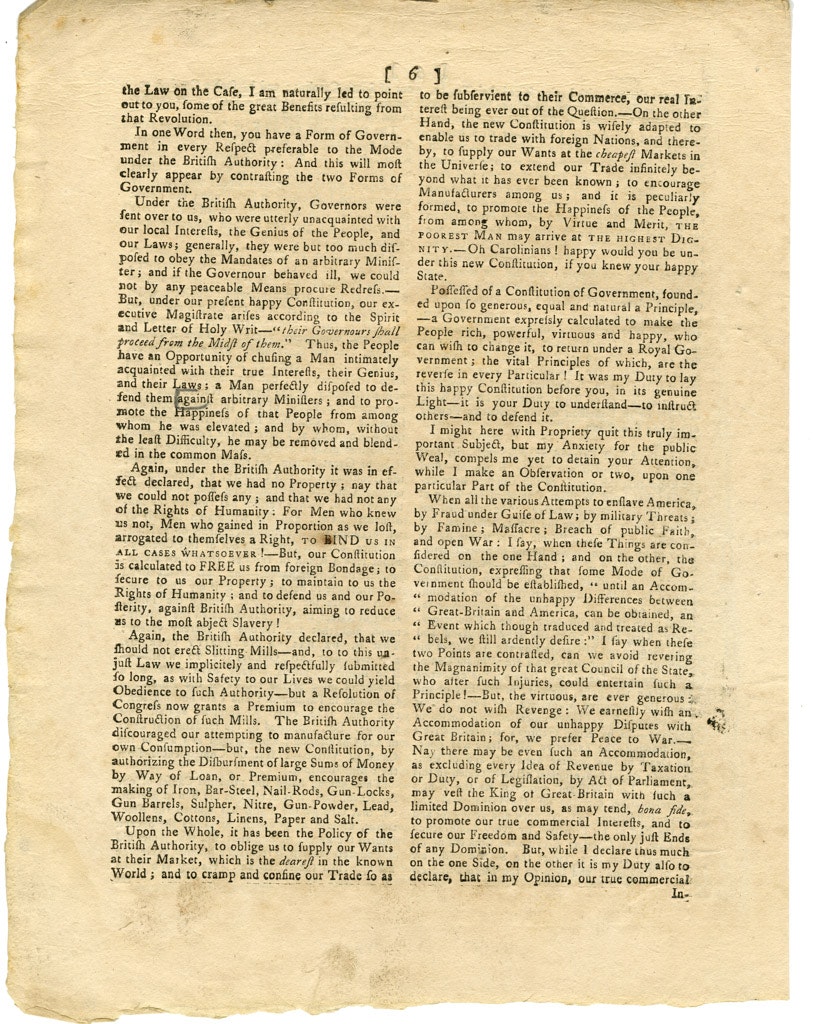 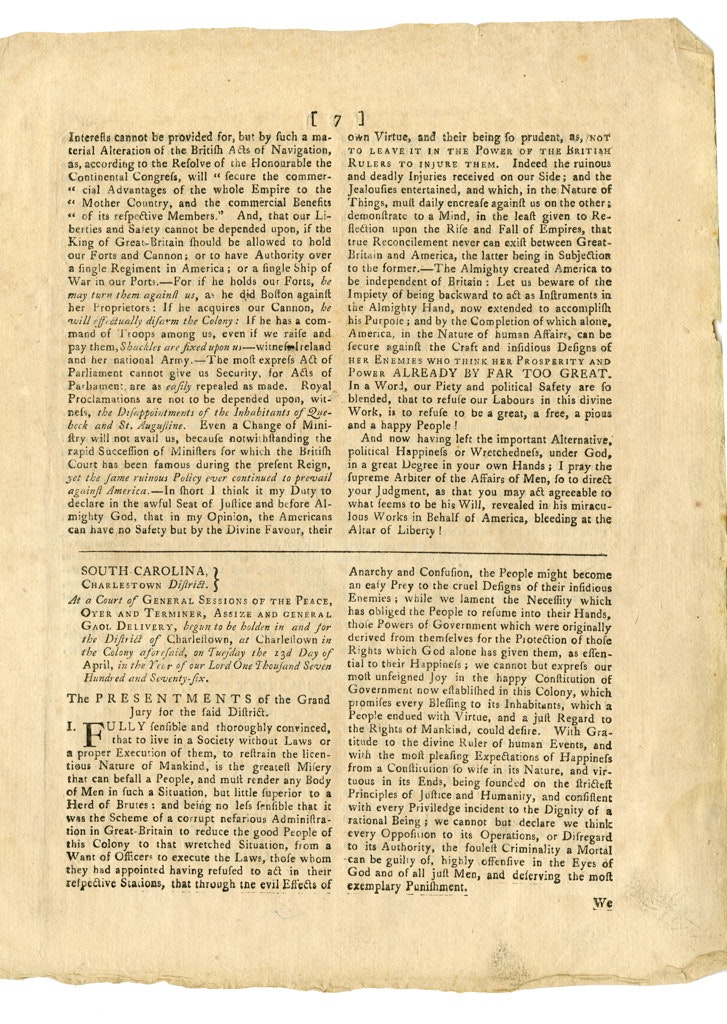 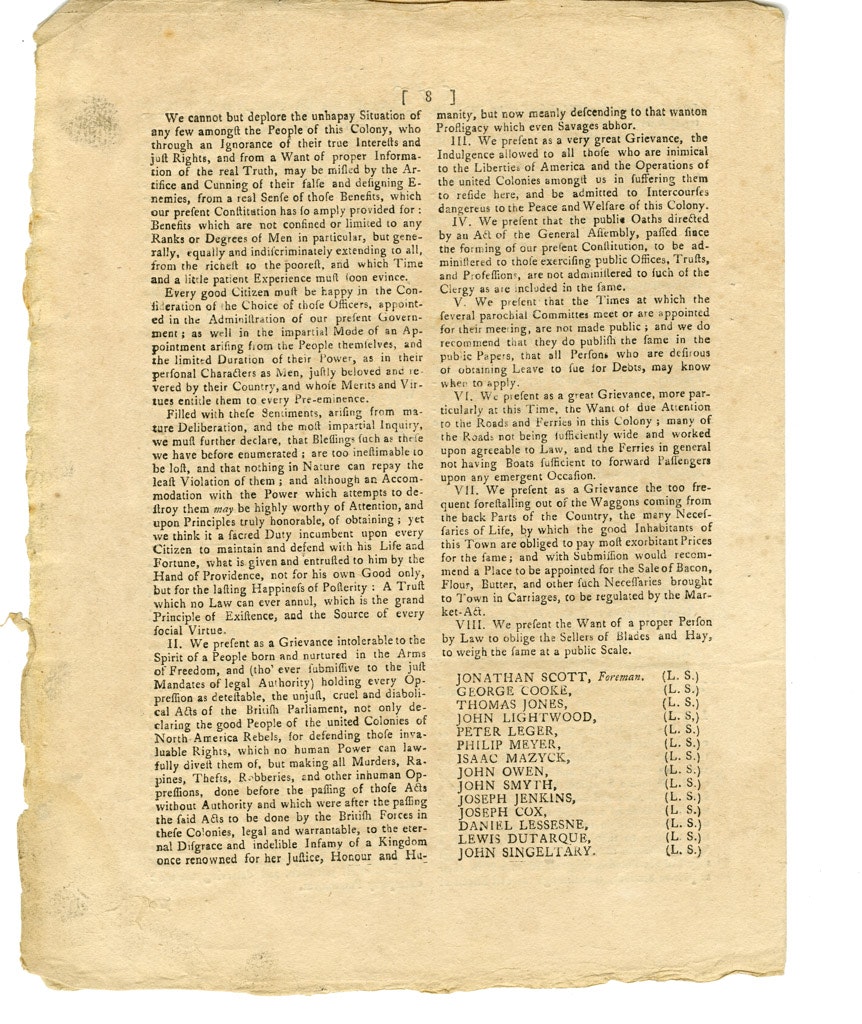 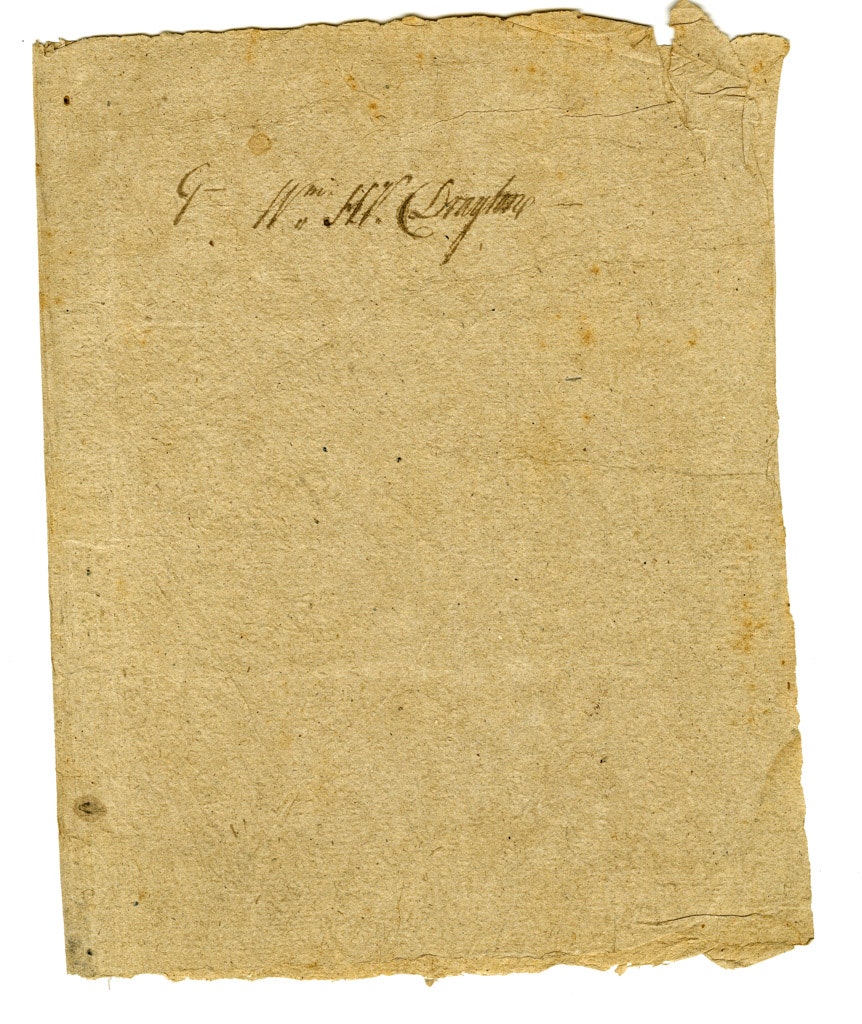 This documentation of Grand Jury Presentments in Charlestown, South Carolina makes numerous legal arguments for why South Carolina and other American colonies would be justified in dissolving their connection to Great Britain. Also included are various grievances against King George III and Parliament, similar to those that were later included in the Declaration of Independence when it was adopted by Congress.

Courtesy of South Carolina Department of Archives and History