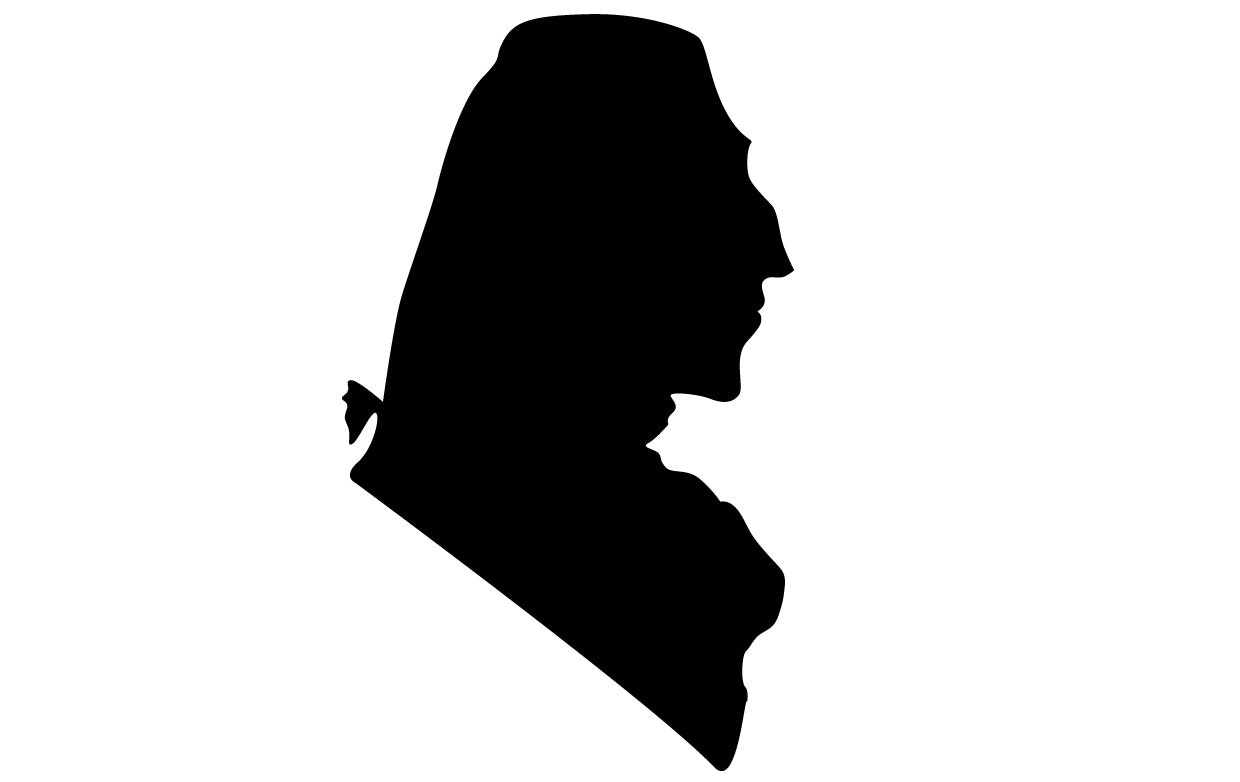 This modern silhouette is based on the only known image of Pierre Charles L’Enfant, a French-born Continental Army engineer. In 1782, L’Enfant created the panoramic watercolor views of the army’s encampments at West Point and Verplanck’s Point. The son of an artist, L’Enfant studied at the Royal Academy of Painting and Sculpture in Paris. He crossed the ocean to volunteer for America and received a commission as captain of engineers during the Valley Forge winter in 1778.

Unsatisfied with such a technical role, L’Enfant went south in hopes of distinguishing himself in combat. In 1779, he fought at Savannah, Georgia, and was badly wounded in the leg. He rejoined the army in 1780, and fought while leaning on a crutch during the Siege of Charleston, South Carolina.

Taken prisoner with the rest of the Charleston garrison in 1780, L’Enfant missed the Siege of Yorktown in 1781. When he painted the watercolors in 1782, he was still nursing hurt feelings that he had missed the chance for glory and promotion at Yorktown. After the siege, L’Enfant returned to the Continental Army, and wrote to Washington from Philadelphia on February 18, 1782, asking for a promotion. He then moved with the army from Philadelphia to the Hudson Highlands in the spring of 1782.

Modern silhouette based on a circa 1785 silhouette of L’Enfant made by Sarah De Hart in the collection of the Diplomatic Reception Rooms, U.S. Department of State, Washington, D.C.