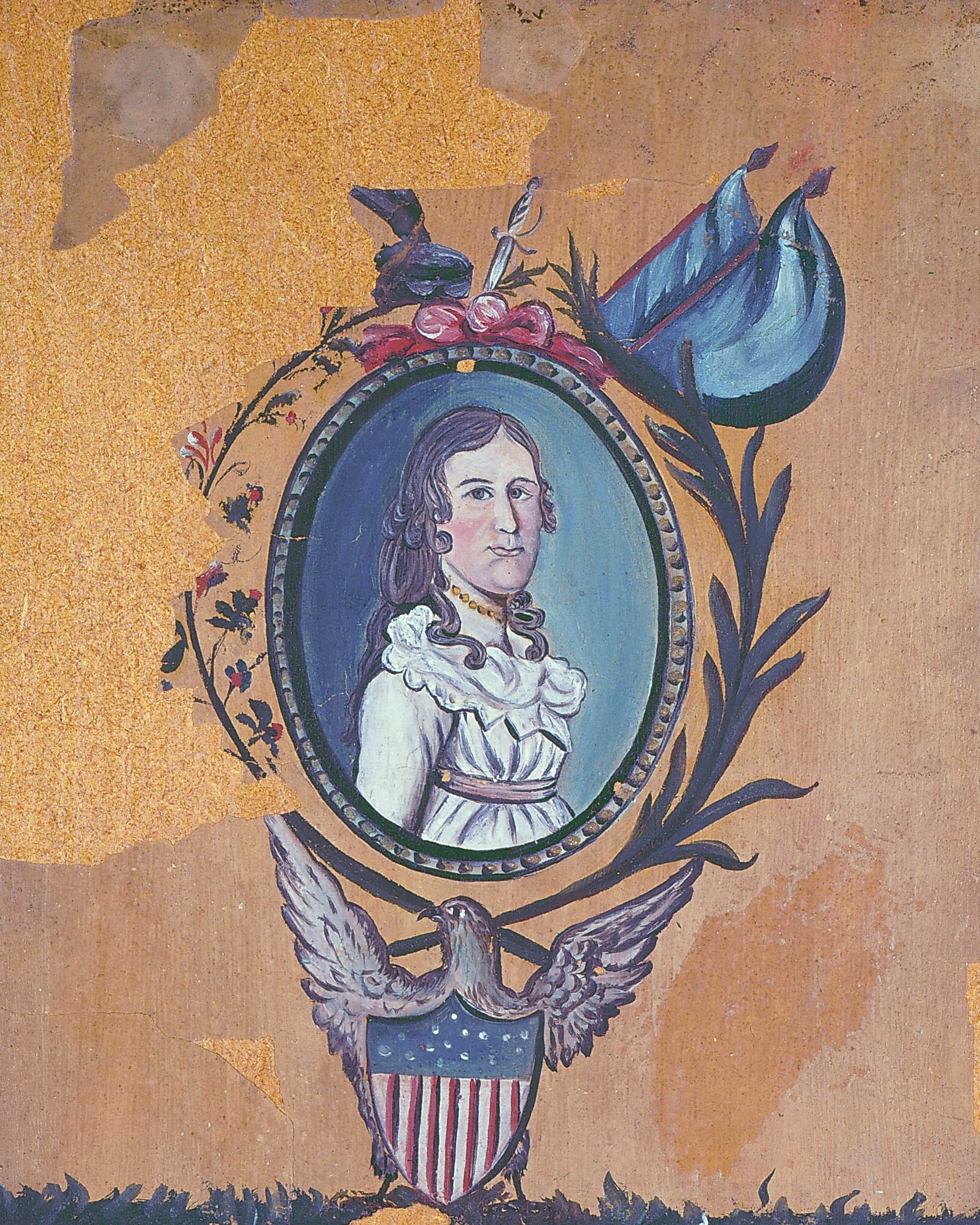 Deborah Sampson, a woman who disguised herself as a man, served in the 4th Massachusetts Regiment at West Point in 1782. She enlisted using the alias Robert Shurtliff. Sampson’s real identity was not discovered until she was hospitalized due to an illness and a doctor identified her as female. Sampson was the only woman to receive an honorable discharge from the Continental Army, and newspapers described her as an example of female virtue and patriotism. This engraved portrait of Sampson is from the 1797 book The Female Review, which describes her military service.