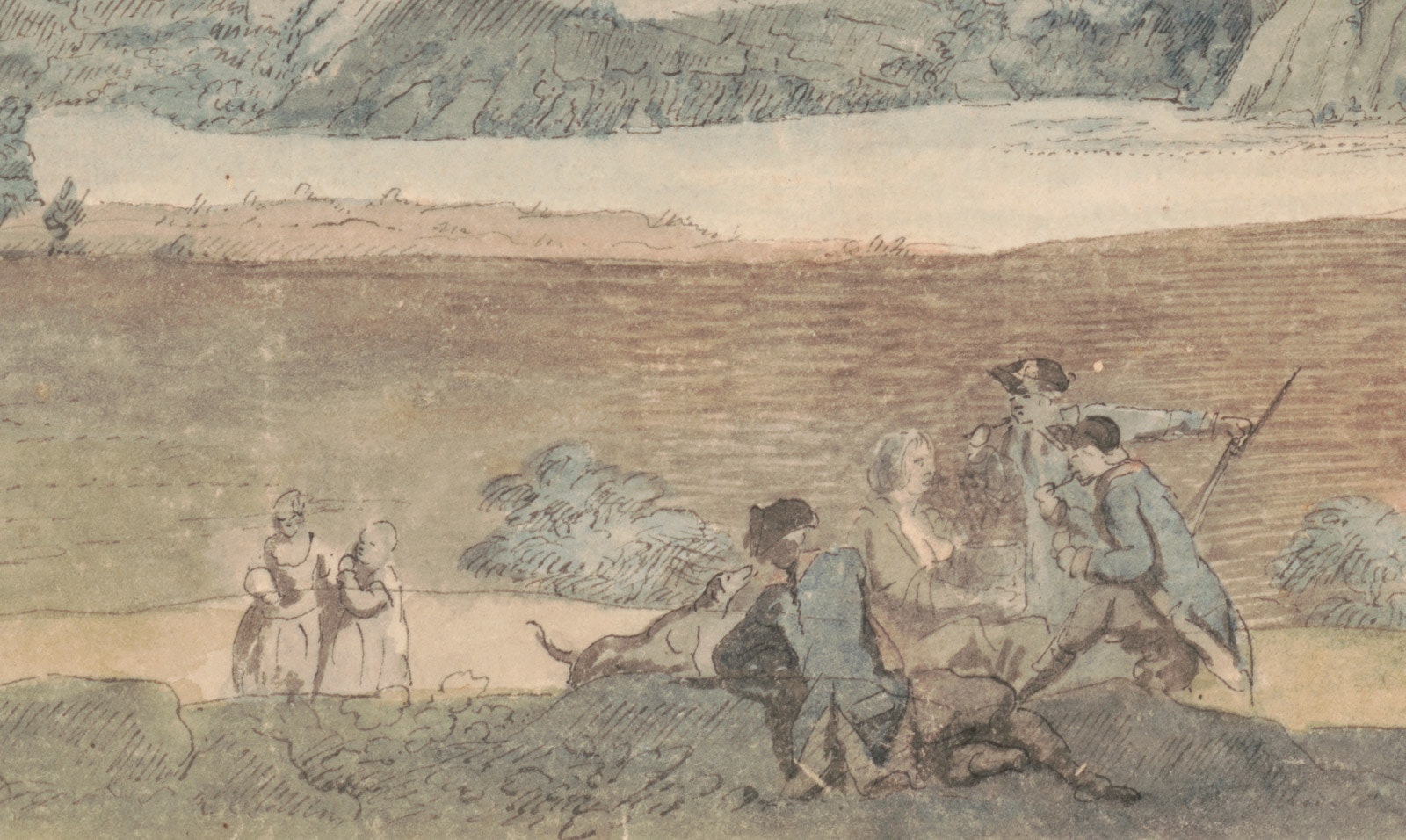 This is the only known depiction of a woman camp follower in a period image of the Continental Army. Thousands of women and children, however, shared life on campaign with their enlisted husbands and fathers. A census of the camp followers at West Point in January 1782 documents the presence of 150 women and 91 children alongside about 3,600 soldiers. The woman seen here is holding a tin kettle while two soldiers use their spoons to eat directly from the pot. Women with the army, such as Sarah Osborn, supported the troops and earned money by sewing, doing laundry, and selling food.