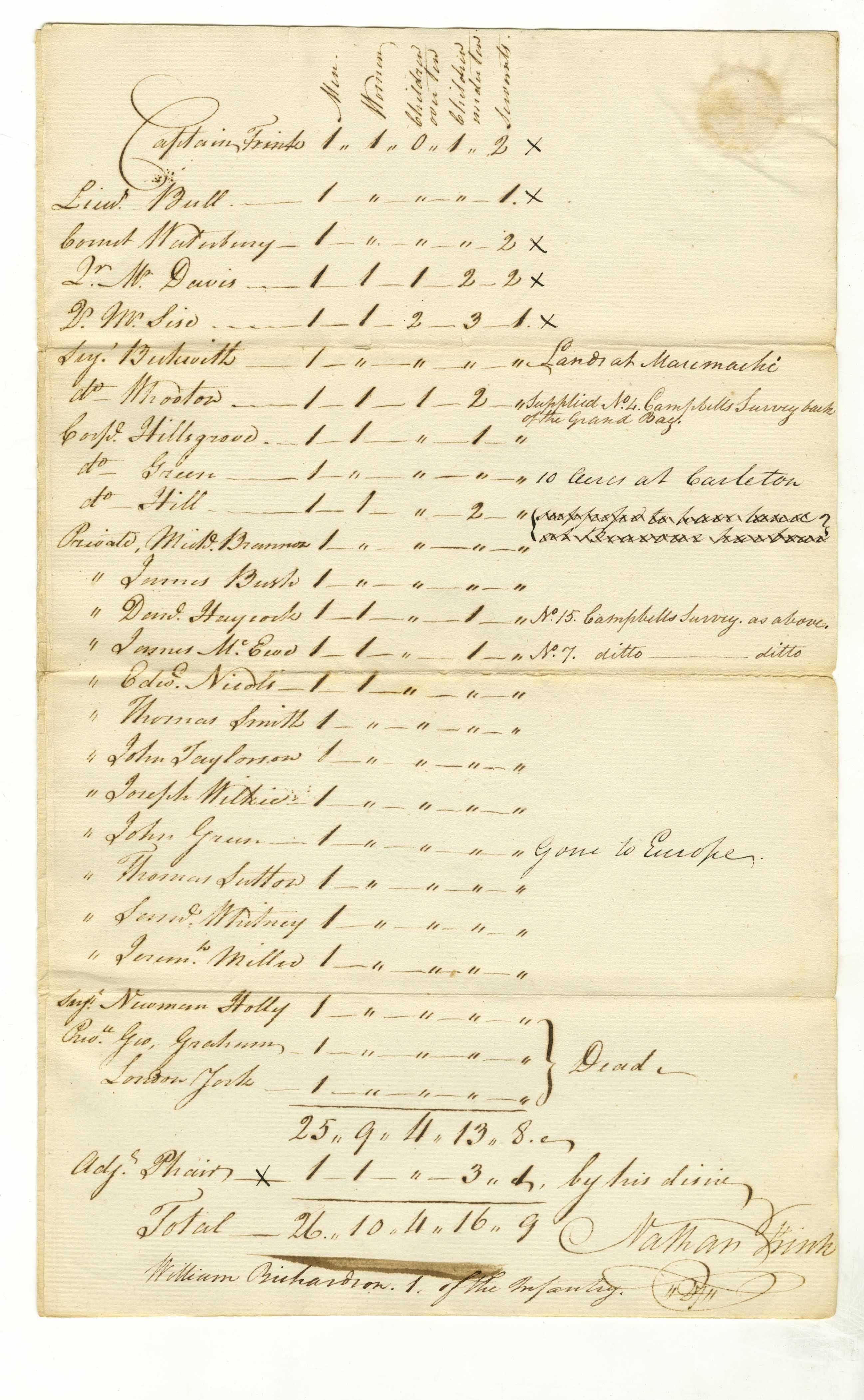 London arrived in New Brunswick, Canada, in 1783 with fellow members of the American Legion, a Loyalist military unit. This list of troops in the American Legion from 1785 records that London, then called London York, died at some point between 1783 and 1785. Like many other formerly enslaved men and women who resettled in Canada, London may have died due to sickness caused by the harsh living conditions and cold weather. Unfortunately, London died prior to receiving a plot of land in New Brunswick on which he could live as a free man.