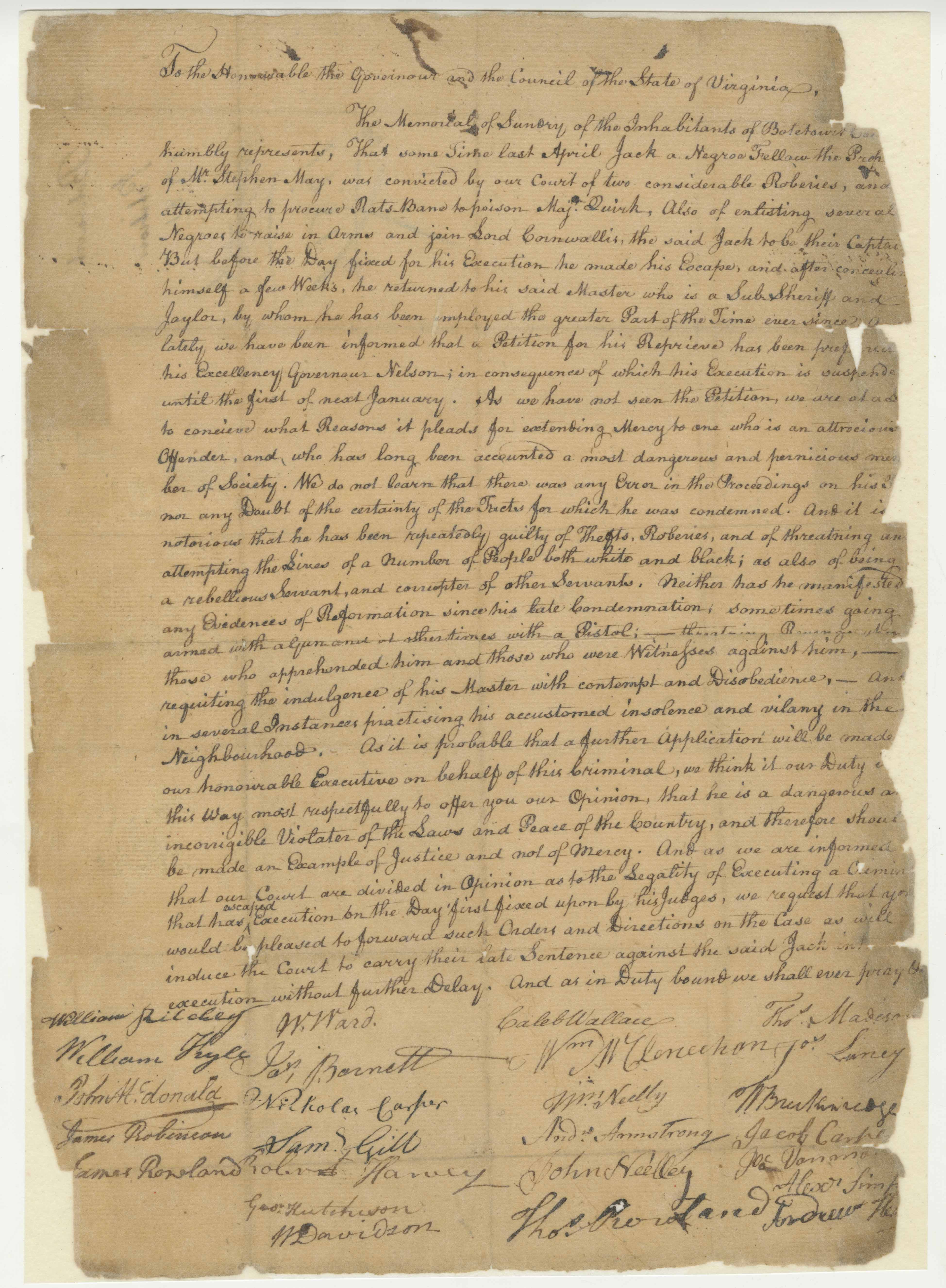 Jack - “The Memorial of Sundry of the Inhabitants of Botetourt County”

After Jack escaped from prison in 1781, he remained in Botetourt County, Virginia. With this petition, addressed to Virginia’s Governor Thomas Nelson, a group of citizens claimed that Jack was disturbing the peace. They wrote that Jack was threatening the lives of local people, especially those who had been involved in his arrest. The group of Botetourt County residents asked that Jack be tracked down and executed by the state. It is unknown whether Jack was recaptured or if he remained at-large.

Courtesy of the Library of Virginia