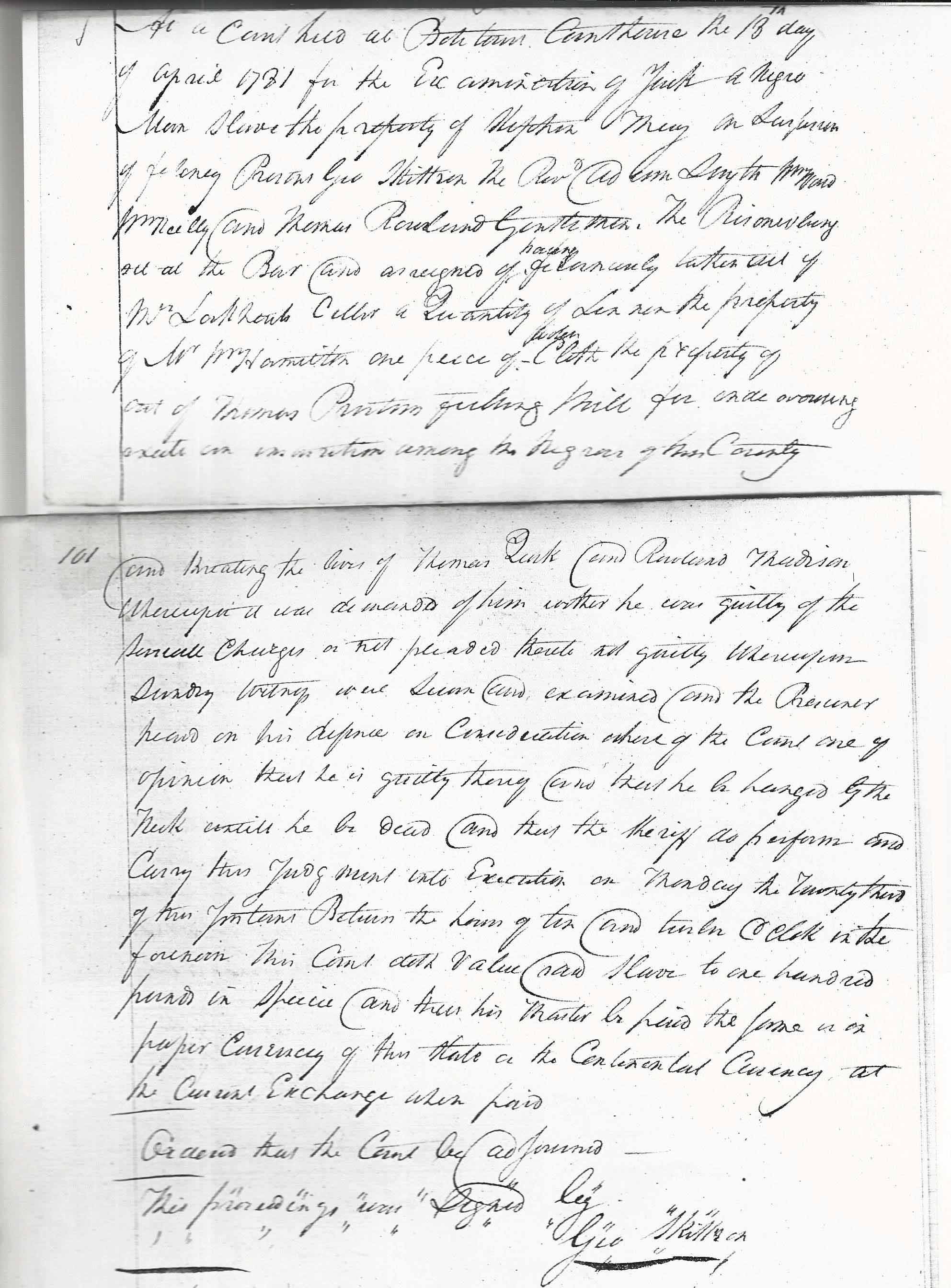 Jack - Record from Trial of “Jack a Negro Man Slave”

On April 13, 1781, Jack faced charges of theft, rebellion, and attempted murder at the Botetourt County courthouse in Fincastle, Virginia. Like all enslaved people in Virginia, Jack was denied a jury trial. Instead, he was found guilty and sentenced to death by a group of justices. This written record of his case is the earliest known documentation of Jack’s activity during the Revolutionary War.