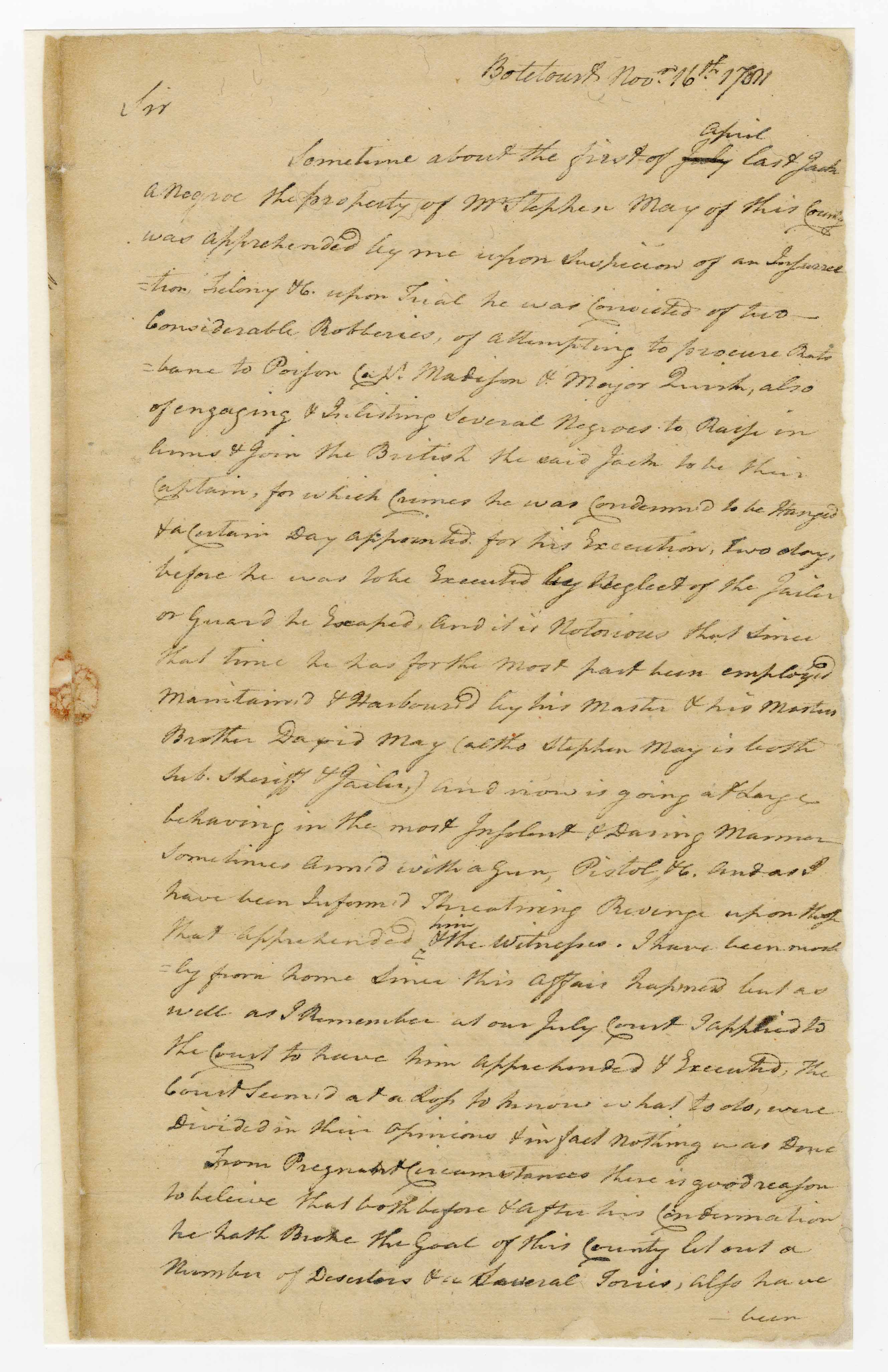 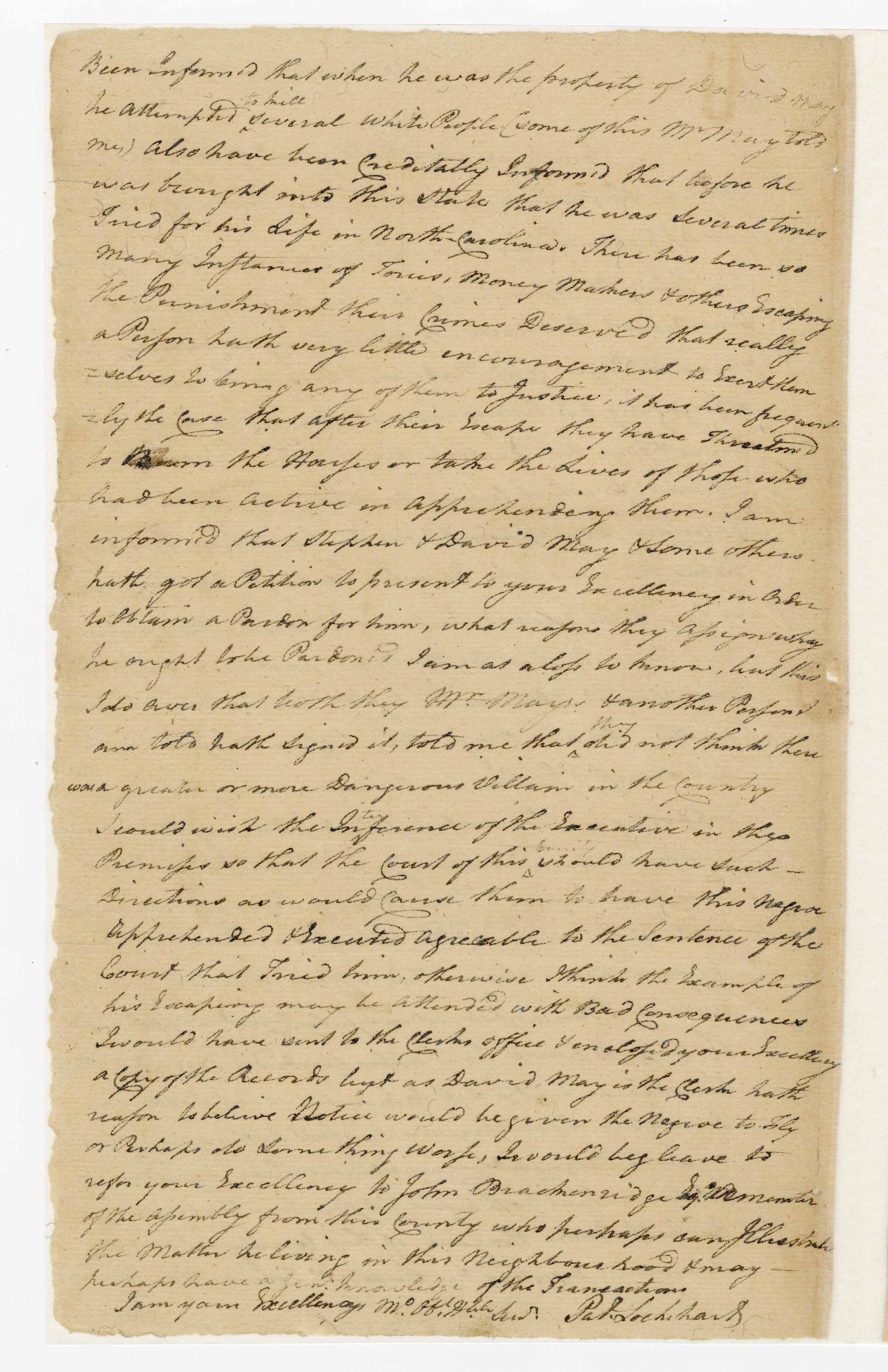 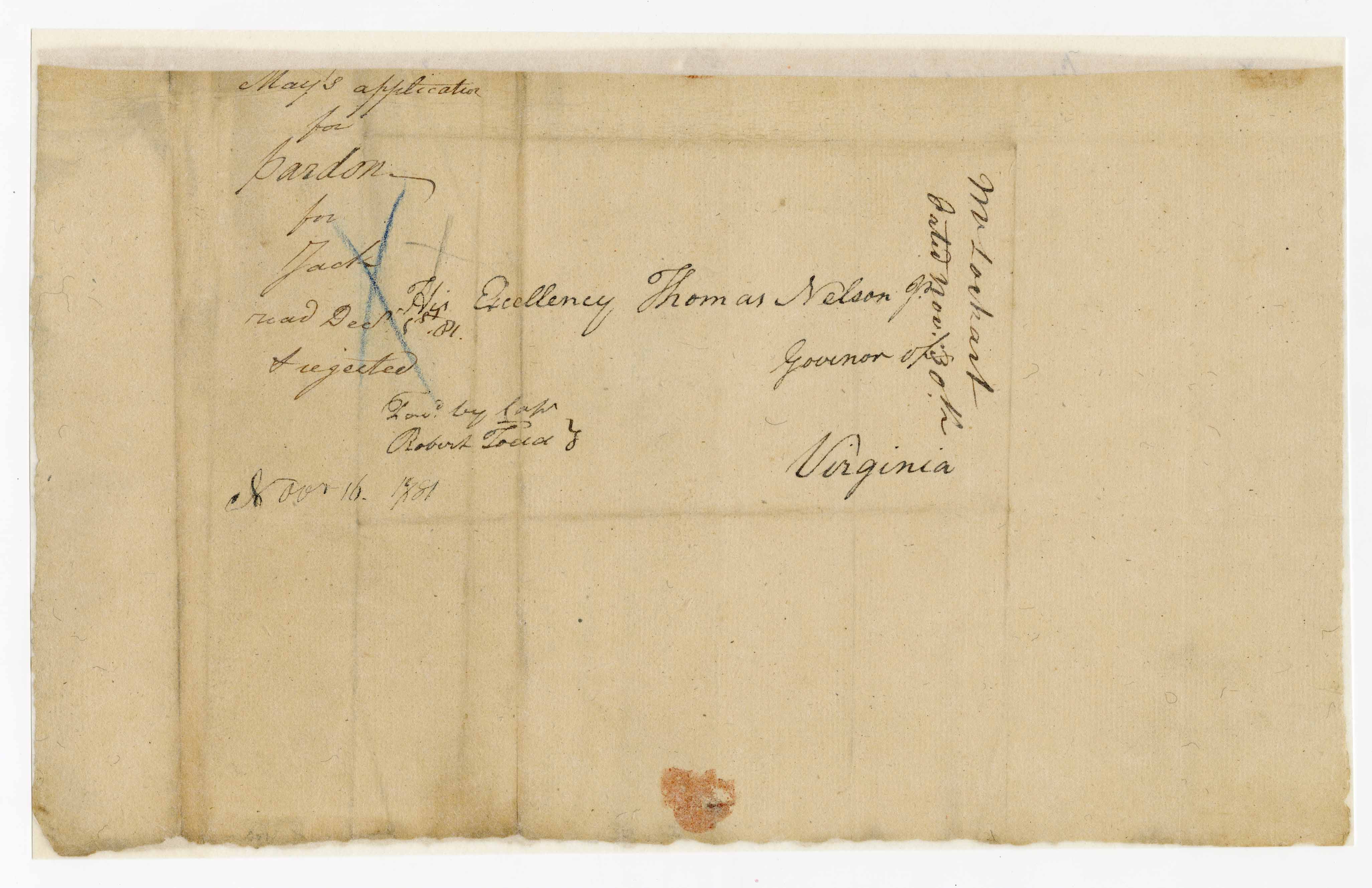 Patrick Lockhart of Botetourt County, Virginia, wrote this letter to Virginia Governor Thomas Nelson in November 1781 to ask for state assistance to recapture Jack, who had escaped from prison earlier that year. Lockhart described that Jack was heavily armed and “Threatening Revenge” upon the people who had first imprisoned him. In April of 1781, Jack was arrested, brought to court, and found guilty of trying to start an uprising among people of African descent who would join the British to battle the American Revolutionaries. One day before his planned execution, Jack escaped from jail and White residents of Botetourt County, such as Patrick Lockhart, feared for their lives. Considering this fear, the accuracy of Lockhart’s claims in this letter is unclear.

Courtesy of the Library of Virginia