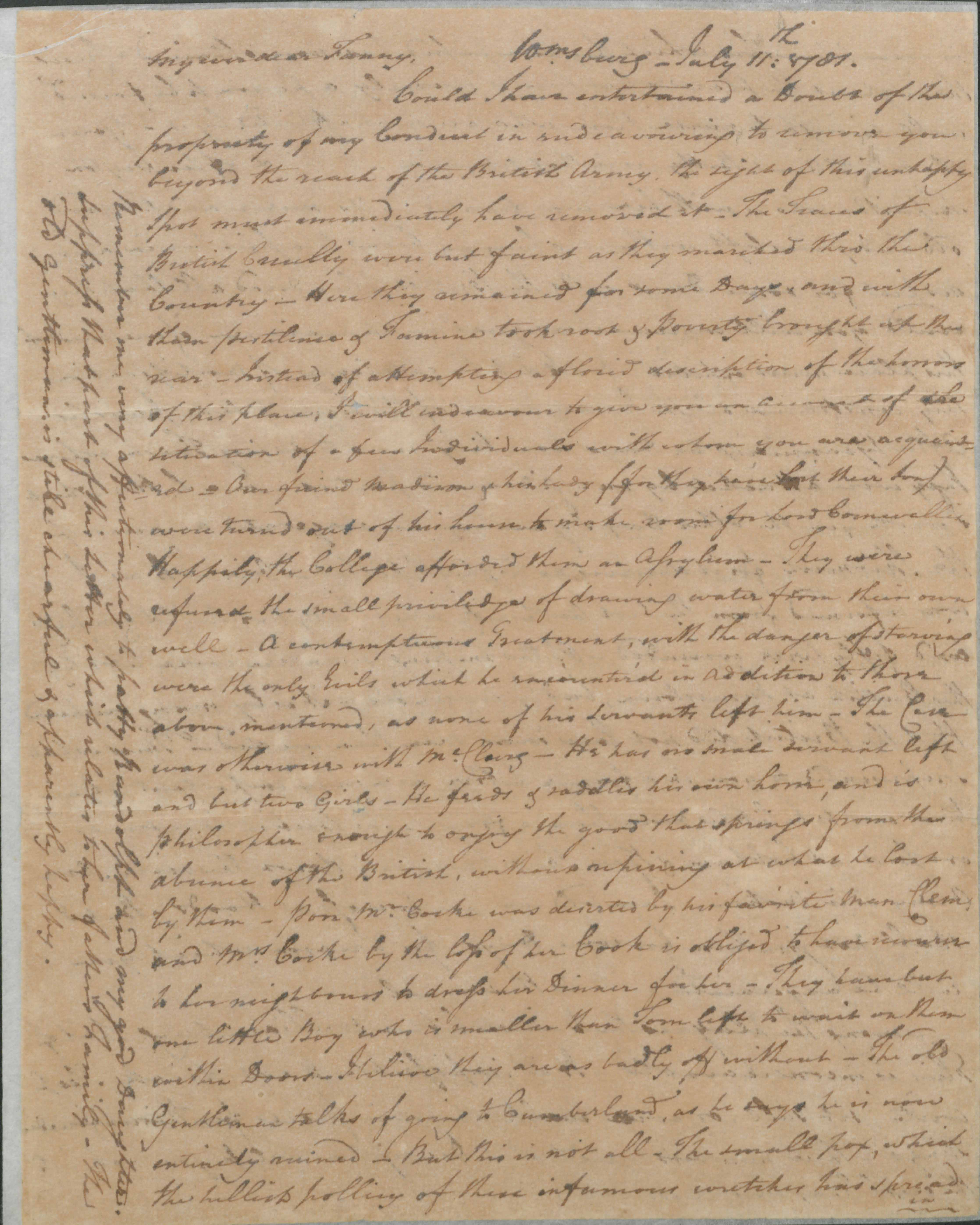 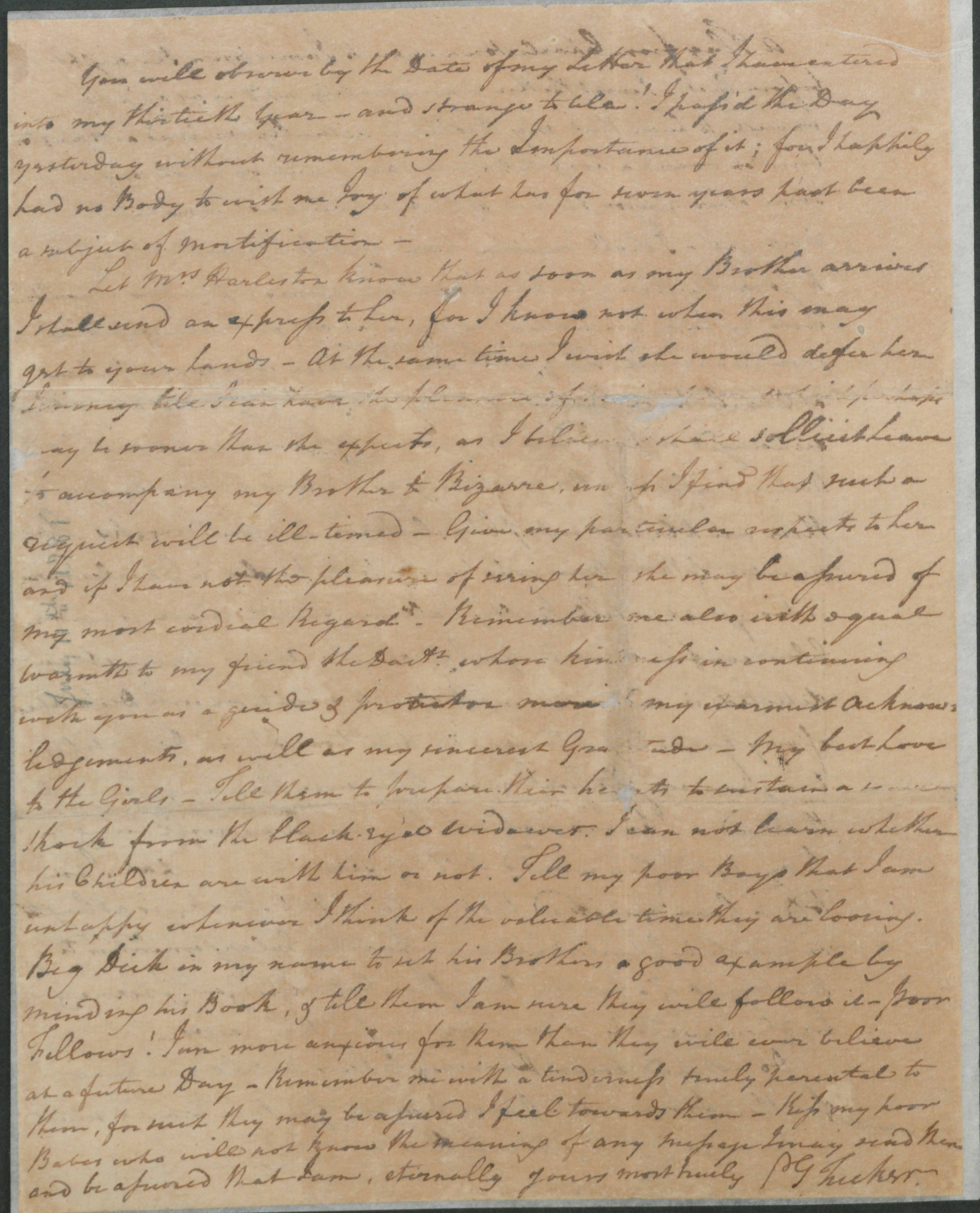 Williamsburg, Virginia, resident St. George Tucker wrote this letter to his wife Fanny in 1781 and described that the British Army left "pestilence" and "poverty" behind them following their occupation of the city. He noted that many enslaved people ran away from Williamsburg with the army. One of Tucker’s neighbors was left with "but one little boy...to wait on them.” Eve and her son George were among the enslaved people who left Williamsburg to follow the British Army in search of their freedom. St. George Tucker lived on the same street as the Randolph family, the owners of Eve and George.