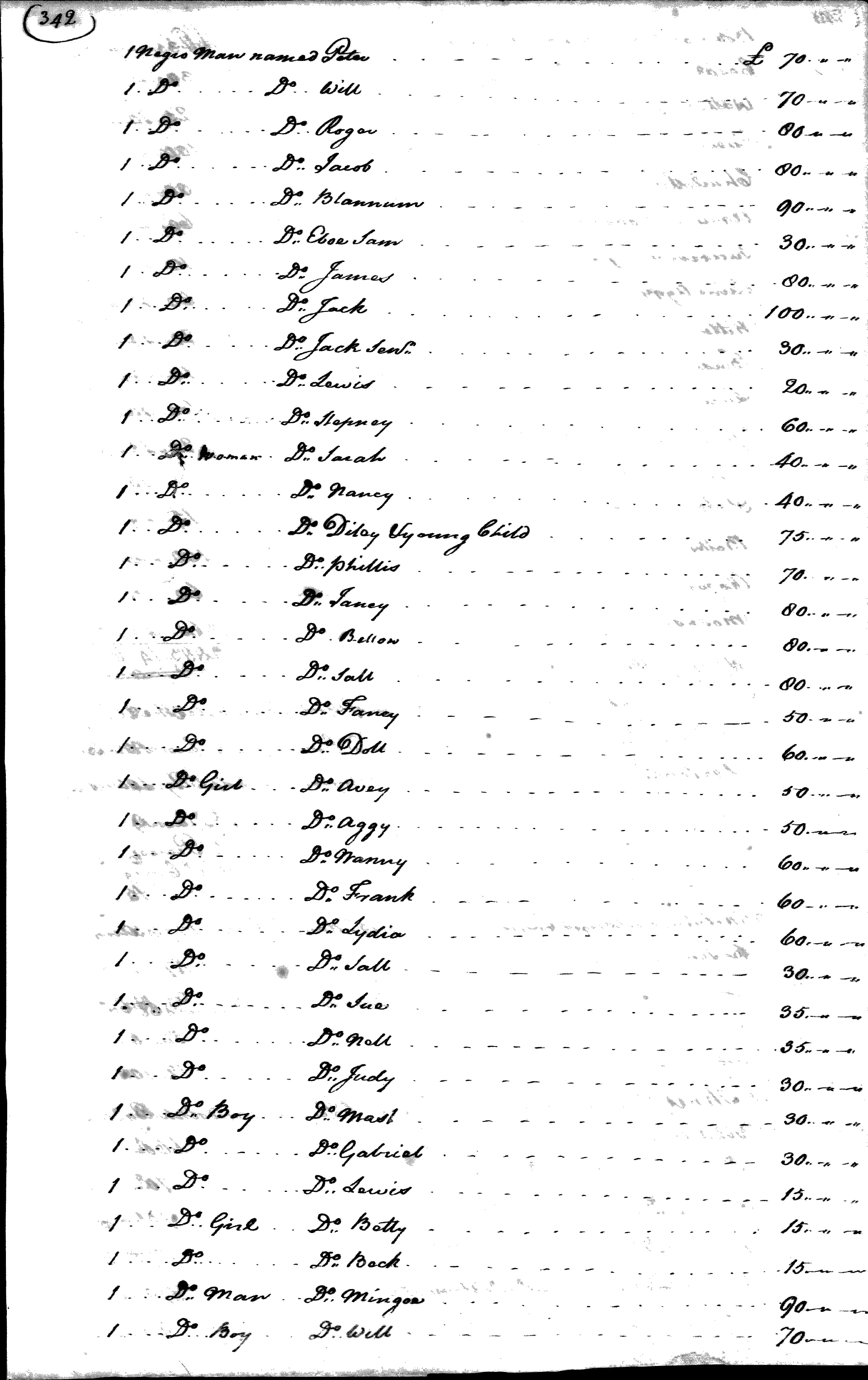 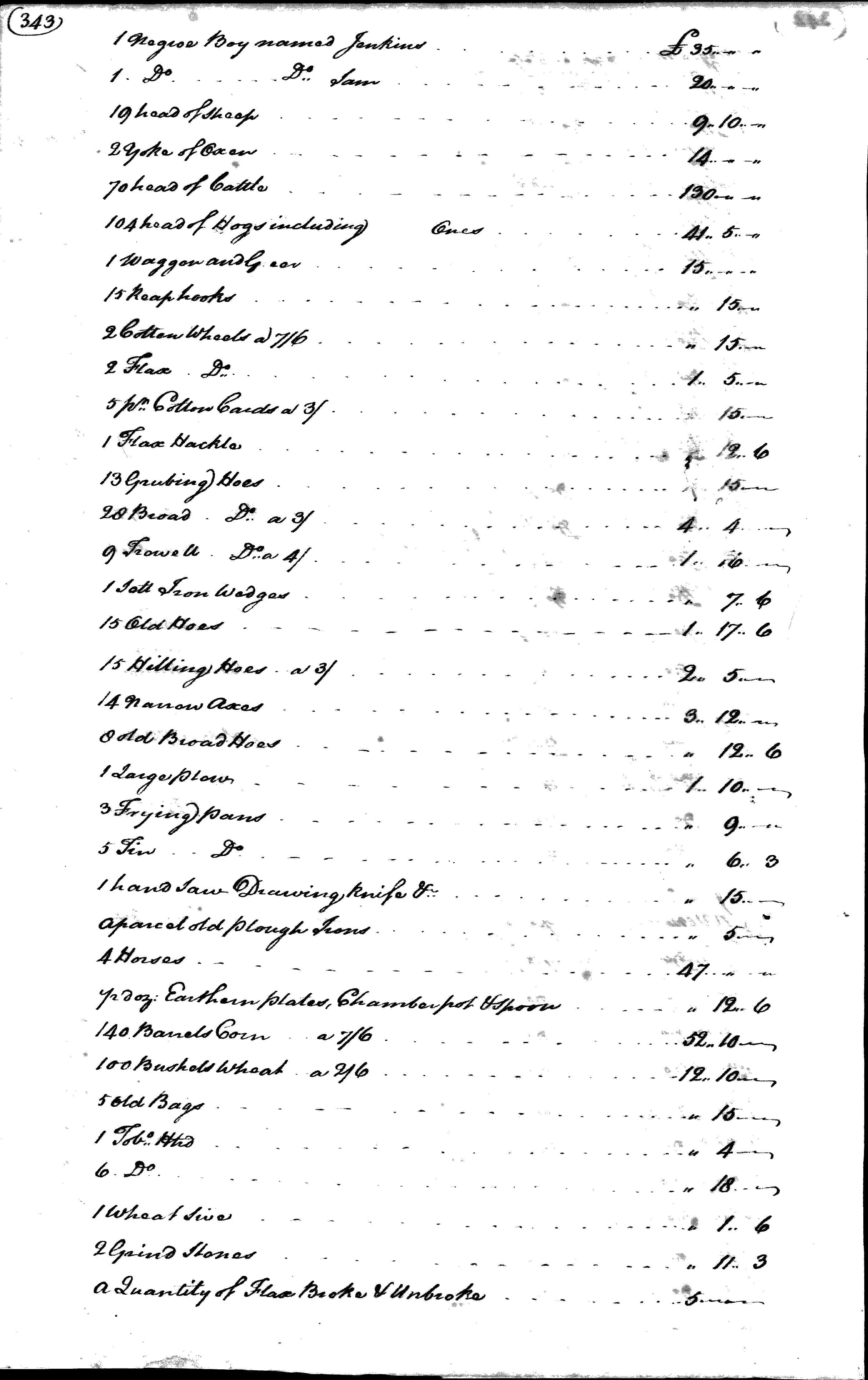 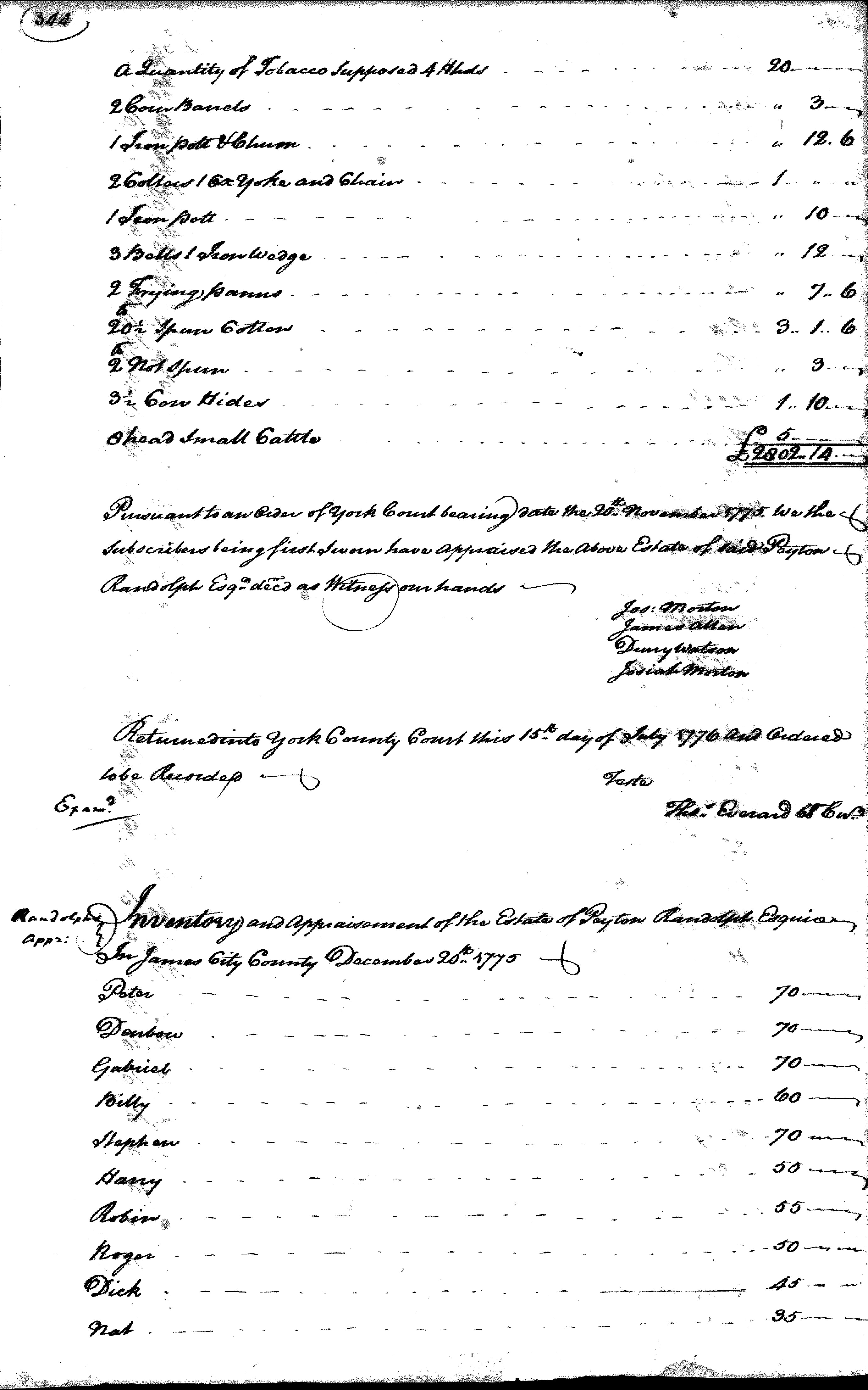 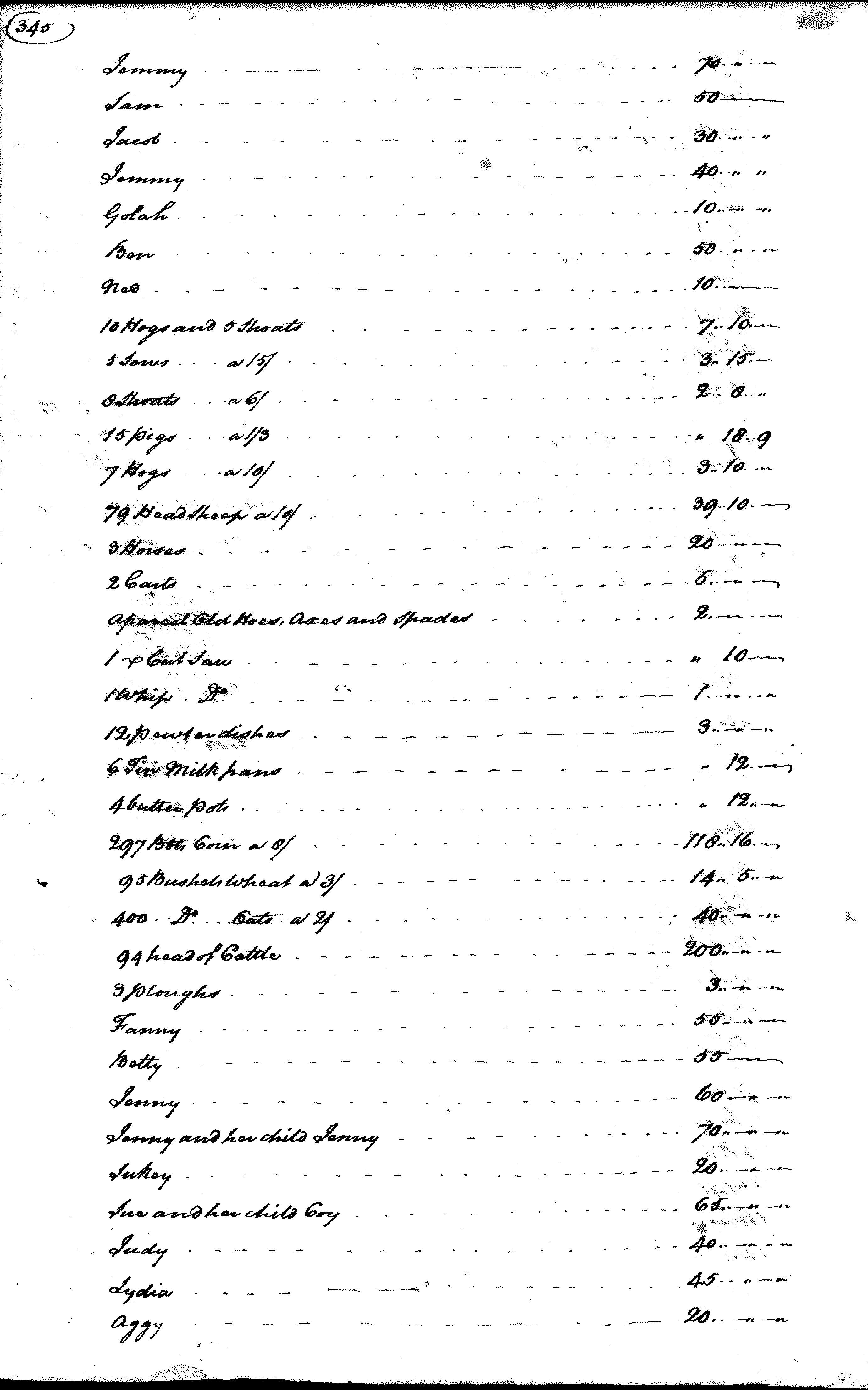 Following Peyton Randolph’s death in 1775, York County, Virginia, officials recorded this inventory of his possessions. The names and values (in pounds) of the enslaved people he owned are recorded on pages four through ten of the inventory. Eve’s name is listed on page five of the inventory, while her son George’s name is listed on page four. Eve and another woman named Betty were assigned values of 100 pounds each, the highest values among the enslaved women recorded in the inventory. These high values suggest that Eve and Betty worked in the Randolph home. Eve’s status may have changed following her attempt to escape from the Randolph family with her son in search of freedom. At least two handwritten copies of this inventory survive. The other copy includes the notation “gone to the enemy” next to the names of Eve and George, referring to when they first ran away from the Randolph family in search of their freedom in late-1775 or early-1776.

This historical record is dedicated to the Museum of the American Revolution by the York County-Poquoson Circuit Court, Authorized by the Honorable Kristen N. Nelson, Clerk