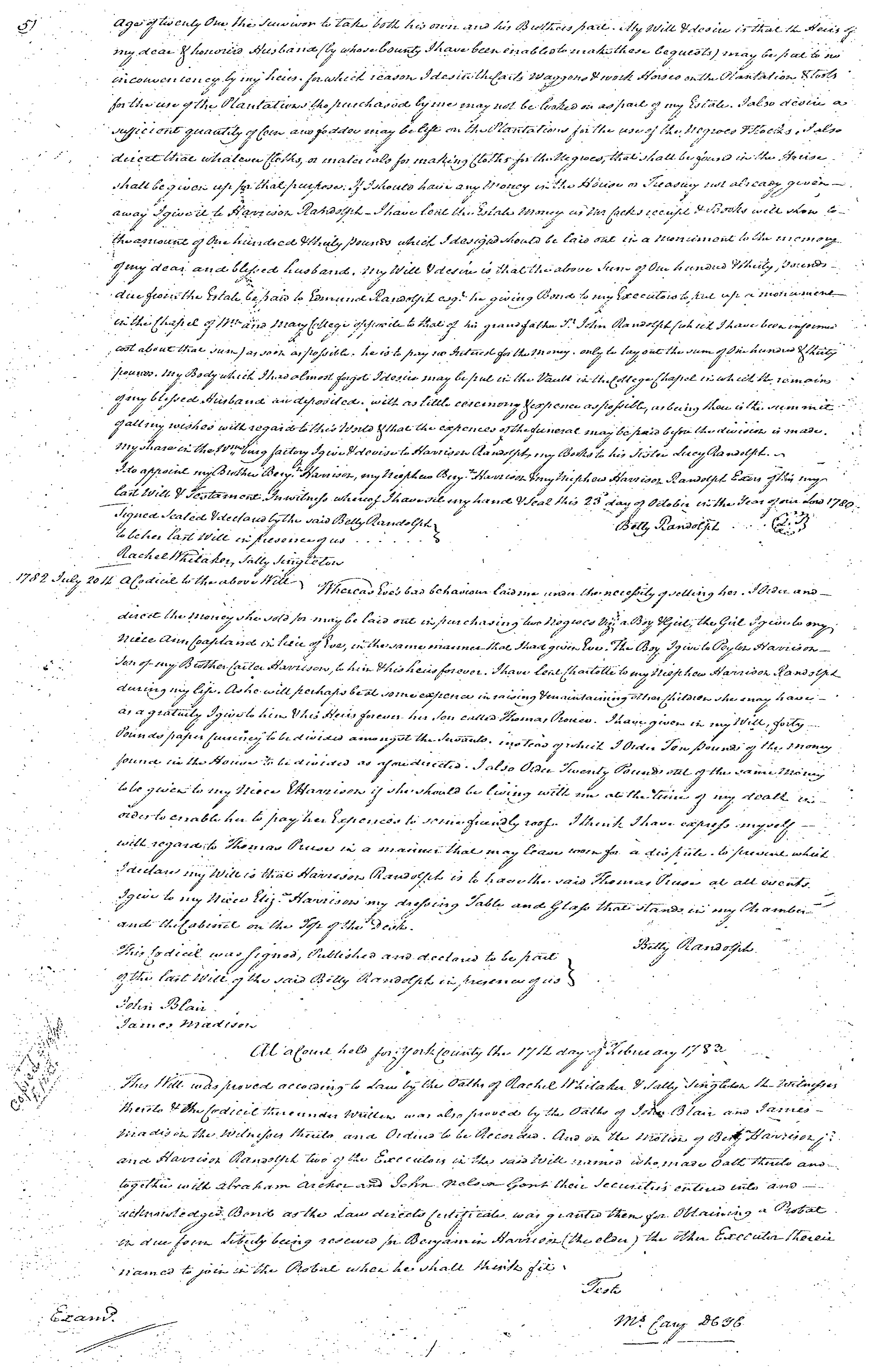 Eve - Elizabeth Randolph’s Will and Codicil

According to her 1780 will, Elizabeth Randolph requested that Eve and her son George were to be inherited by her niece Ann Coupland. The other enslaved people owned by Elizabeth Randolph were to be inherited by her other nieces and nephews. Two years later, Randolph wrote a codicil (additional directions) for her will that changed her decision about Eve’s future. Randolph described that she sold Eve due to “bad behavior,” likely referring to Eve’s decision to runaway from Williamsburg. The money from the sale of Eve was to be used to purchase an enslaved boy for her nephew and an enslaved girl for her niece.

This historical record is dedicated to the Museum of the American Revolution by the York County-Poquoson Circuit Court, Authorized by the Honorable Kristen N. Nelson, Clerk