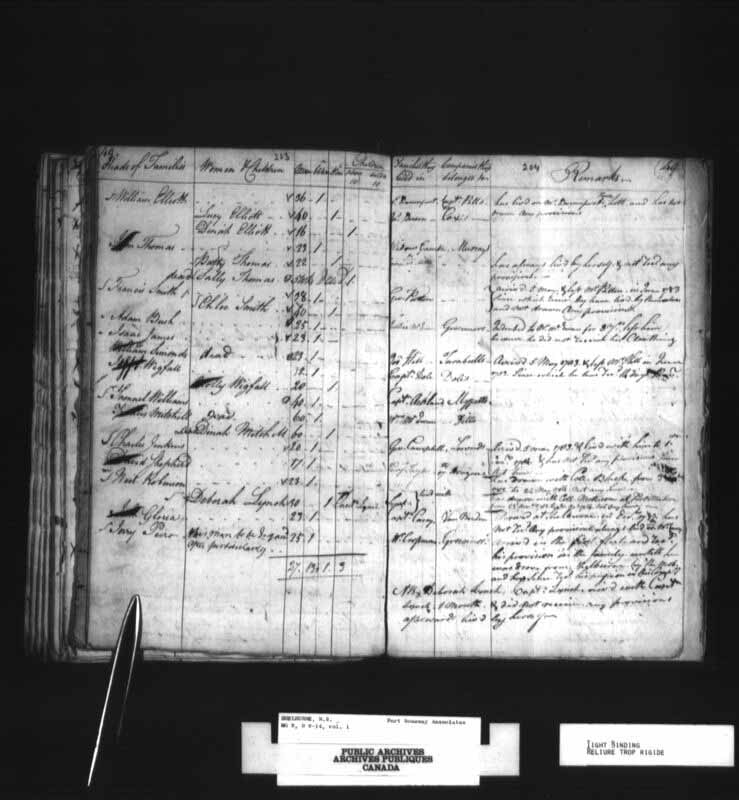 When Deborah arrived in Nova Scotia in 1783, she was one of many newly freed people of African descent who helped settle Birchtown, a town named for British Brigadier General Samuel Birch. This page from a 1784 census, or list of residents, documents the men and women who lived in Birchtown the year after the town’s founding. Deborah’s name, recorded as Deborah Lynch, can be found near the bottom of the page on the left side. Harry, her husband listed in the 1783 “Inspection Roll of Negroes,” is not included in this census. He may have died due to the harsh conditions and bad weather that the settlers faced. Deborah likely took the last name Lynch because Harry had been owned by a Loyalist named Lynch, whom Deborah also lived with for a short time. In this document, Deborah is listed as a member of the household of a man named Neil Robinson. No other details about their relationship status are currently known.