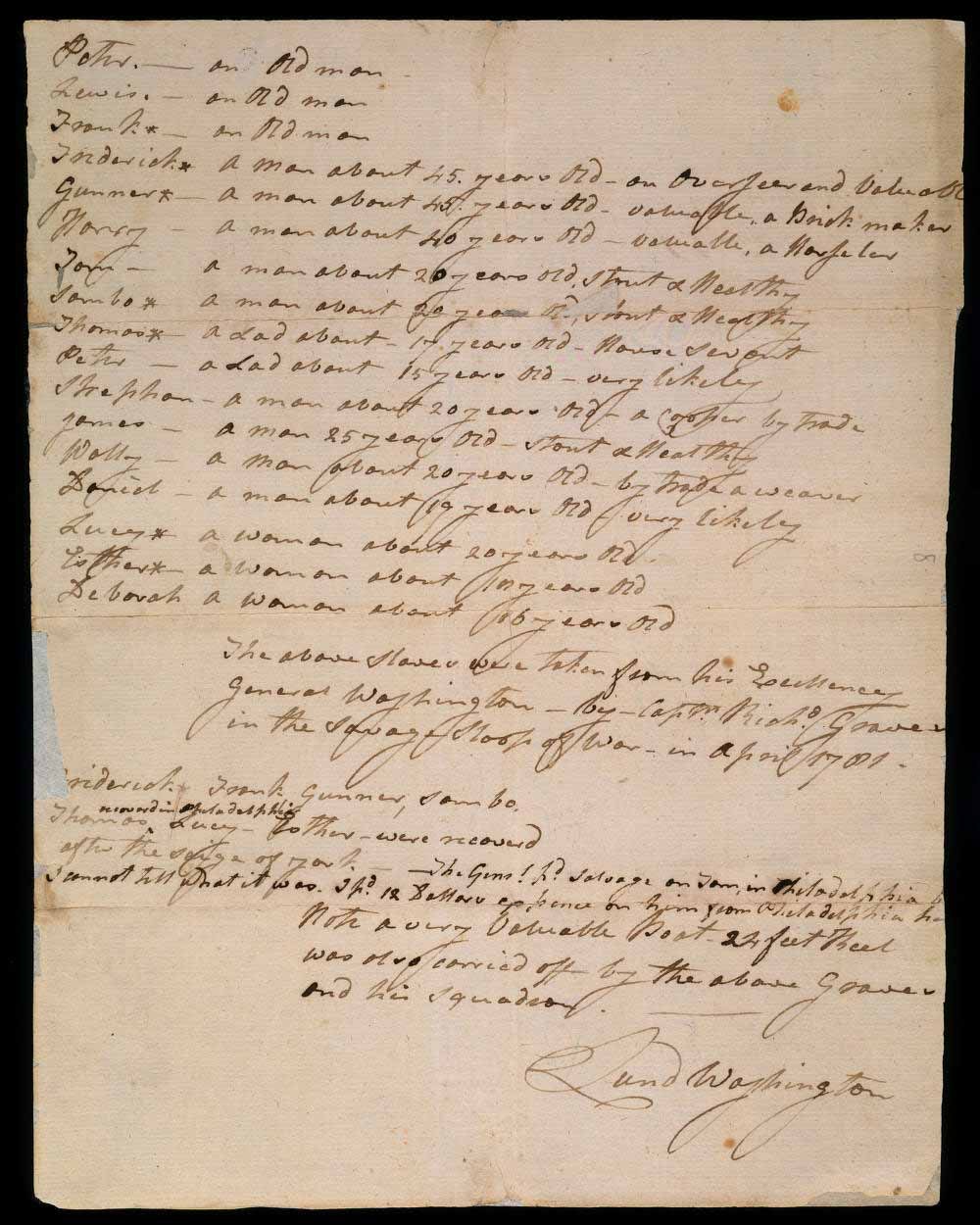 This handwritten list records the names of the 17 enslaved men and women who left Mount Vernon in search of their freedom with the British in 1781. The list includes 16-year-old Deborah. Lund Washington, General George Washington’s cousin and farm manager, frequently updated General Washington about Mount Vernon during the Revolutionary War, including reports of the British raid on the estate in 1781. Lund Washington’s list of enslaved people who left in 1781 records that seven people were captured and returned to Washington after the British surrender at Yorktown. Deborah escaped.