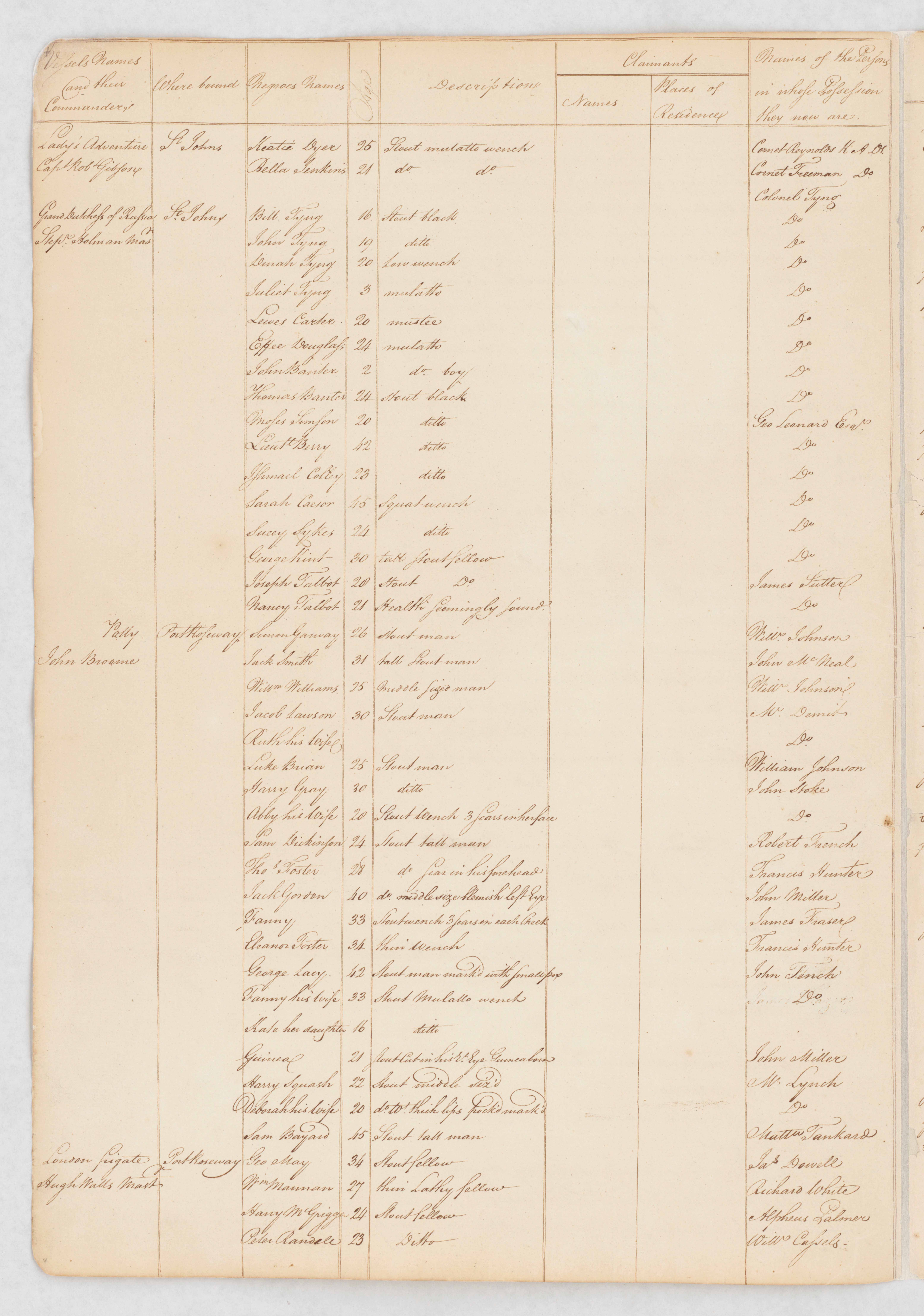 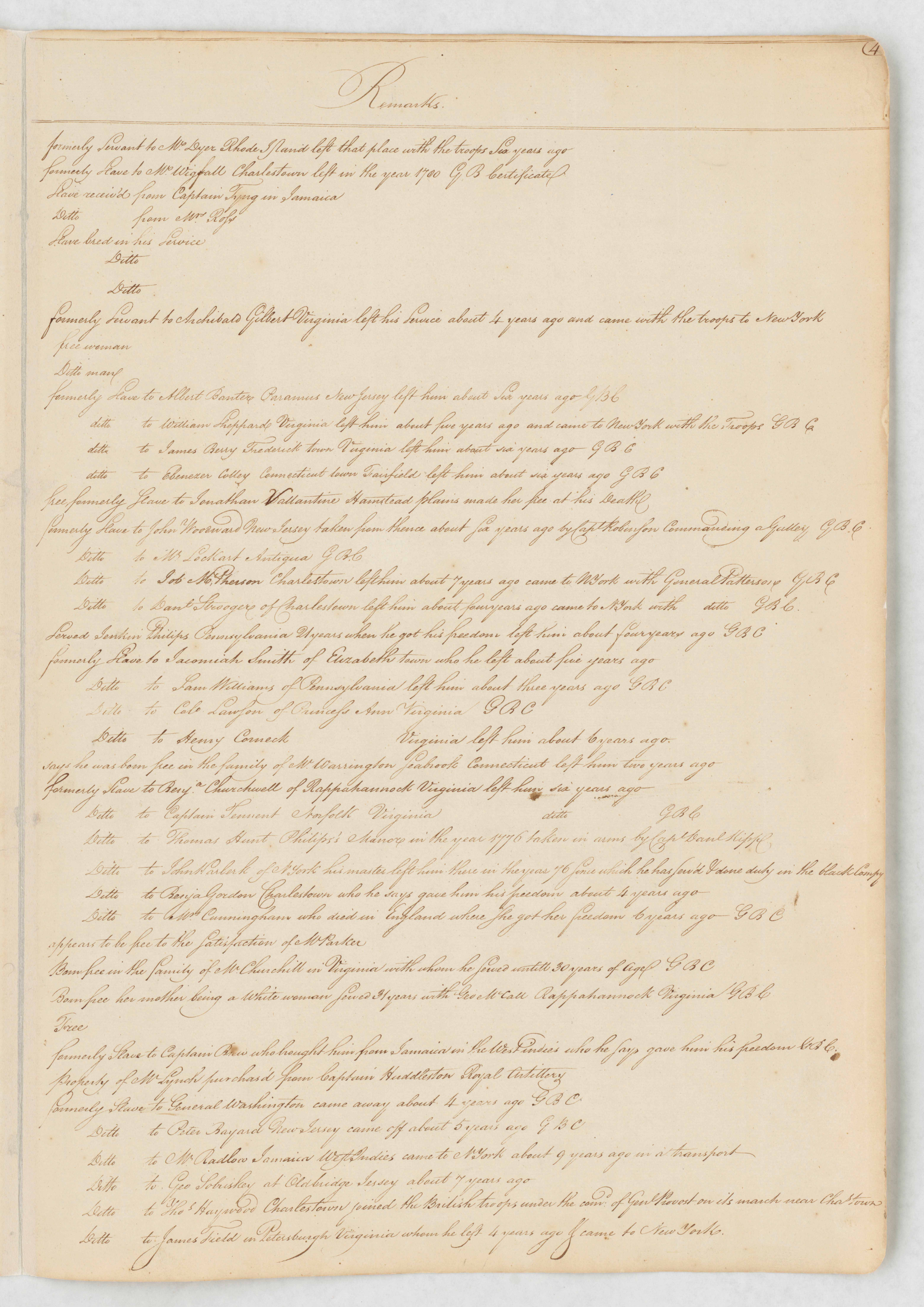 These pages are from a British Army document called the “Inspection Roll of Negroes,” written in 1783. Deborah’s name is recorded on the left side of the first page near the bottom. The second page records that she was formerly enslaved by George Washington. The “Inspection Roll of Negroes” records the roughly 3,000 formerly enslaved men and women whom the British evacuated from New York City at the end of the Revolutionary War. Most of these people, such as Deborah, settled in Canada with assistance from the British. Deborah is recorded below her husband Harry, who was enslaved to a Loyalist named Lynch. Deborah and Harry boarded the ship “Polly” bound for Port Roseway (now Shelburne) in Nova Scotia, Canada.