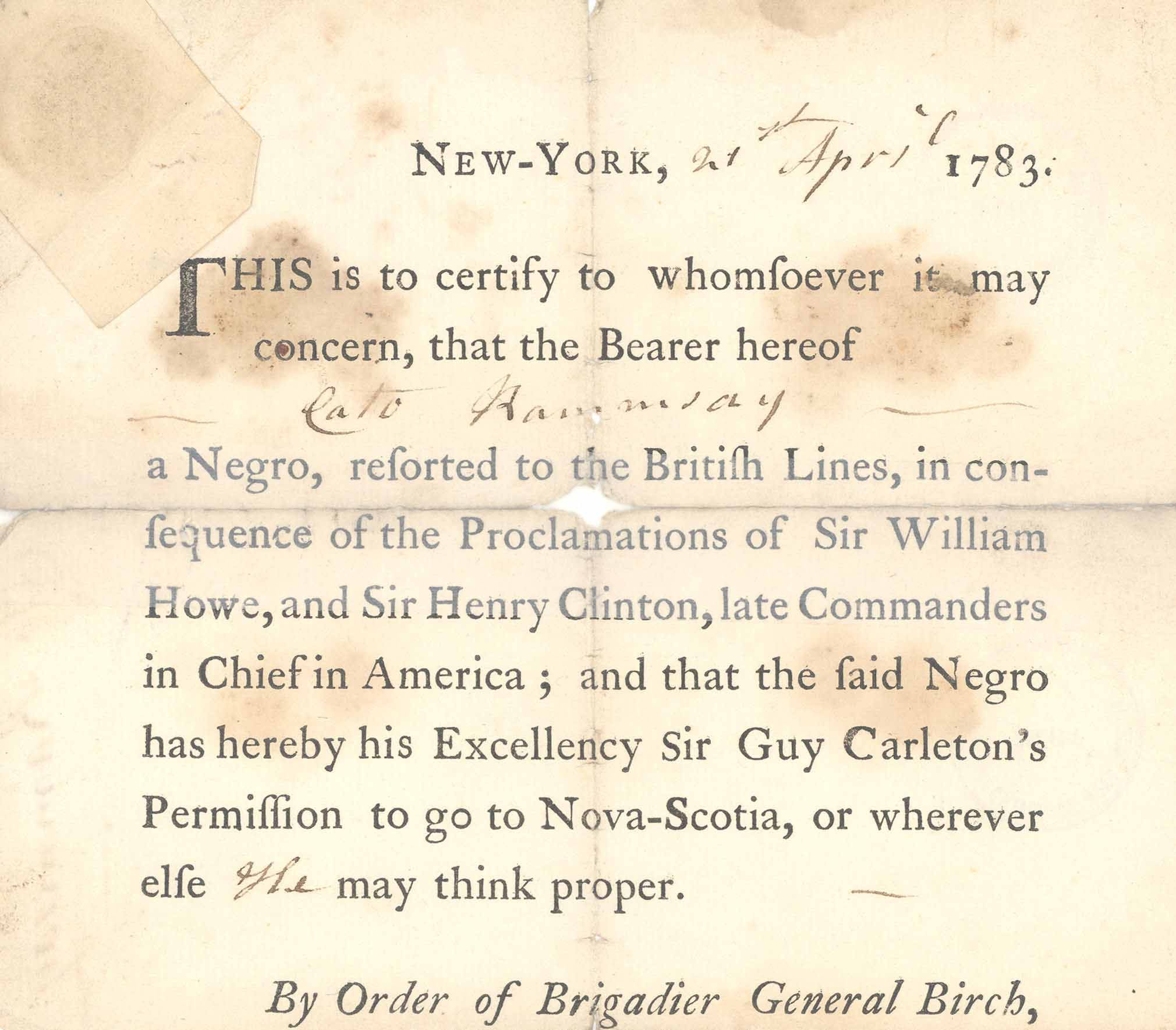 In the terms of the surrender to the Americans, the British were to return all captured property—including human property. The British did not adhere to this stipulation, and instead evacuated thousands of free and formerly enslaved men and women to Canada. Birch Passes, named for British Brigadier General Samuel Birch, were given to those who could prove they sought the protection of the British forces during the war. The passes, such as this example, guaranteed a place on a departing ship. According to the 1783 “Inspection Roll of Negroes,” Deborah received a Birch Pass that allowed her to go to Nova Scotia as a free person. Cato Rammsay, an enslaved man who escaped from Norfolk, Virginia, received this Birch Pass that allowed him to go to Nova Scotia as well.