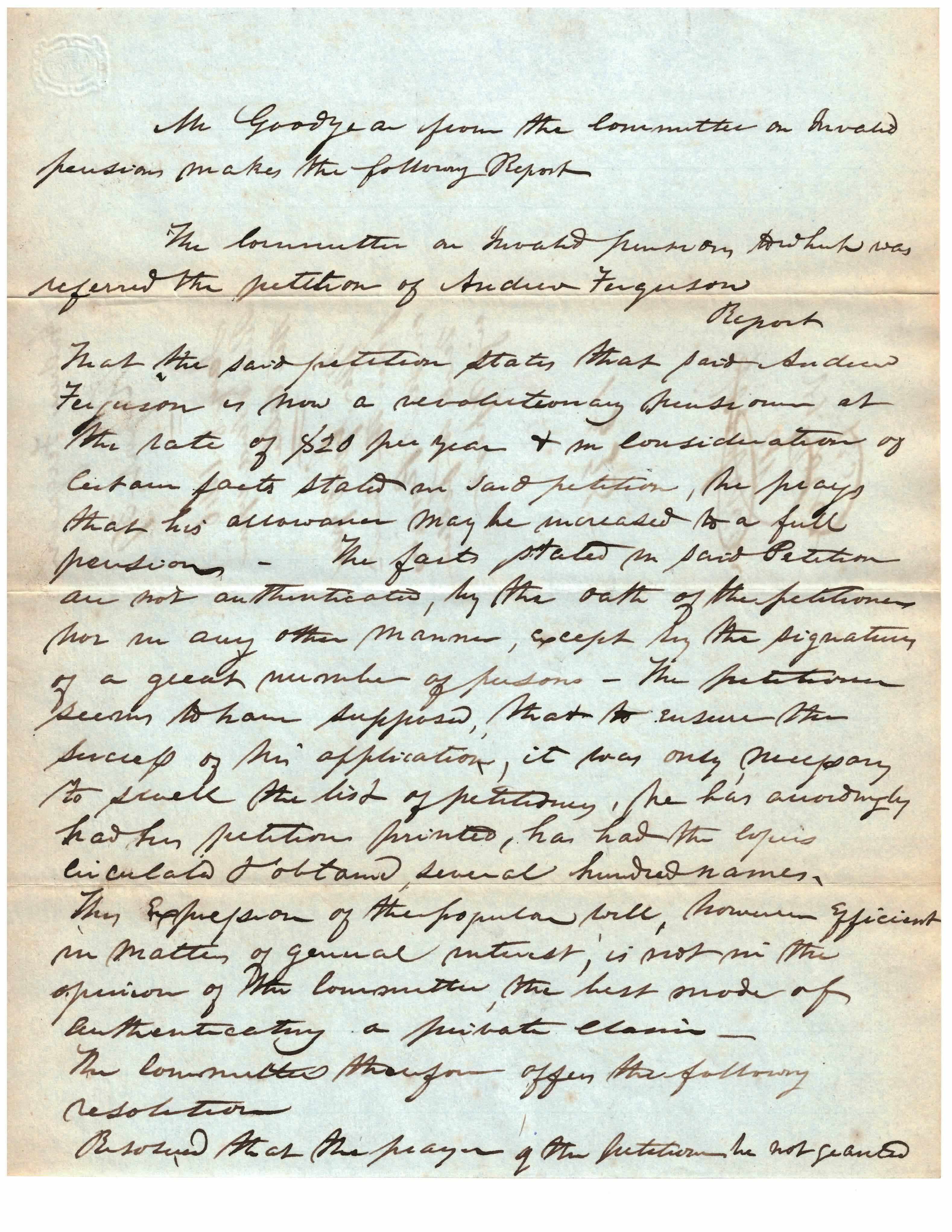 In 1844, Andrew Ferguson sent a petition to the United States Government to request an increase in his Revolutionary War pension payments due to the growing pain of his wartime injuries. This written record documents the denial of Ferguson’s request by the House of Representatives one year later. According to this document, Ferguson had gathered support from “several hundred” people who signed his petition. The House of Representatives denied his application because Ferguson’s petition did not include sworn testimony from people that could authenticate his claims about his military service and wounds.