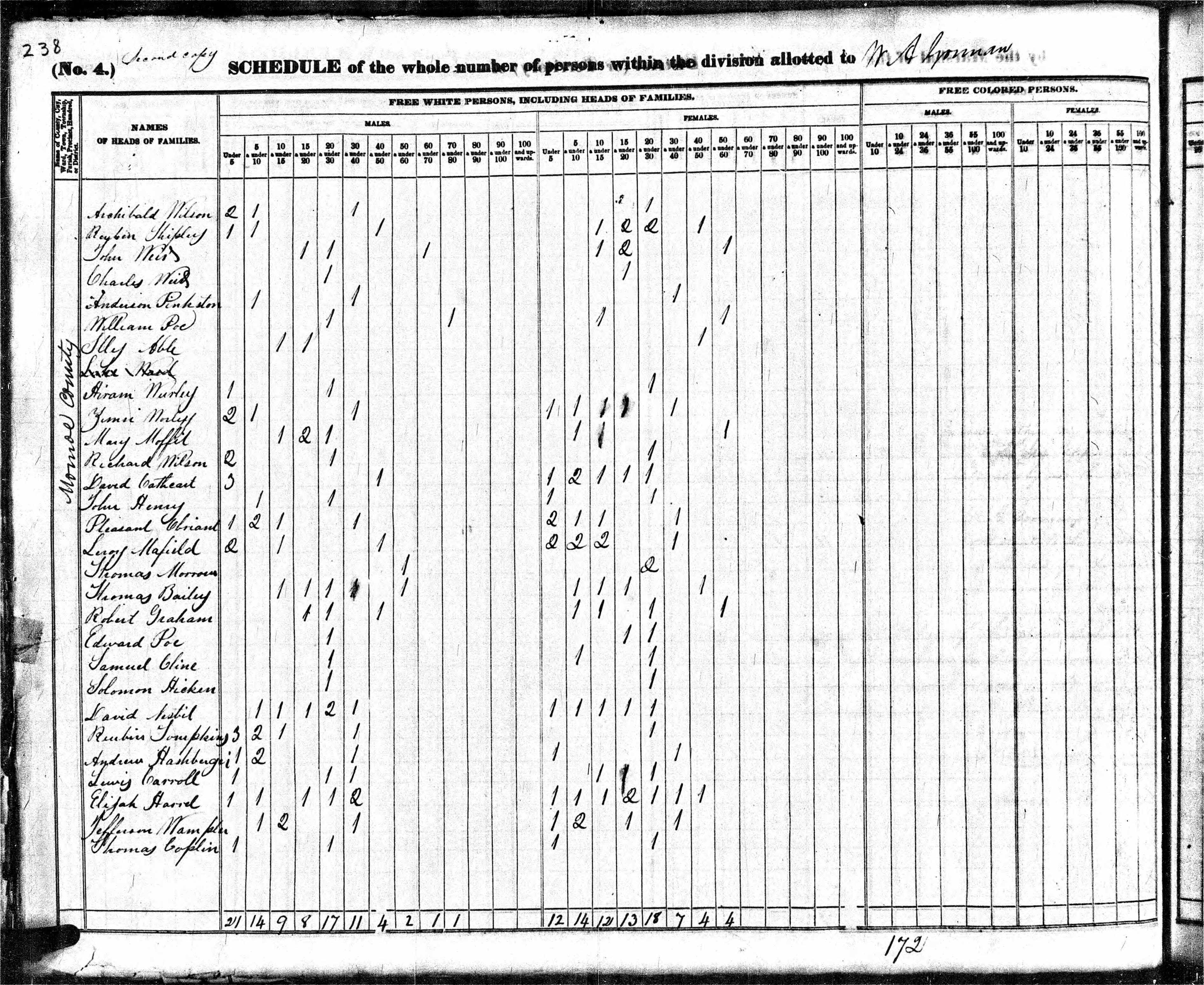 Andrew Ferguson moved to Indiana (which became a state in 1816) after the Revolutionary War. The 1840 United States Census, shown here, documents Ferguson’s residence in Monroe County. Ferguson is listed as a Revolutionary War veteran who received a pension for his military service. He is listed as being 82 years old (or born in about 1758), but he had previously claimed that he was born in about 1765. No other family members are documented in his household.