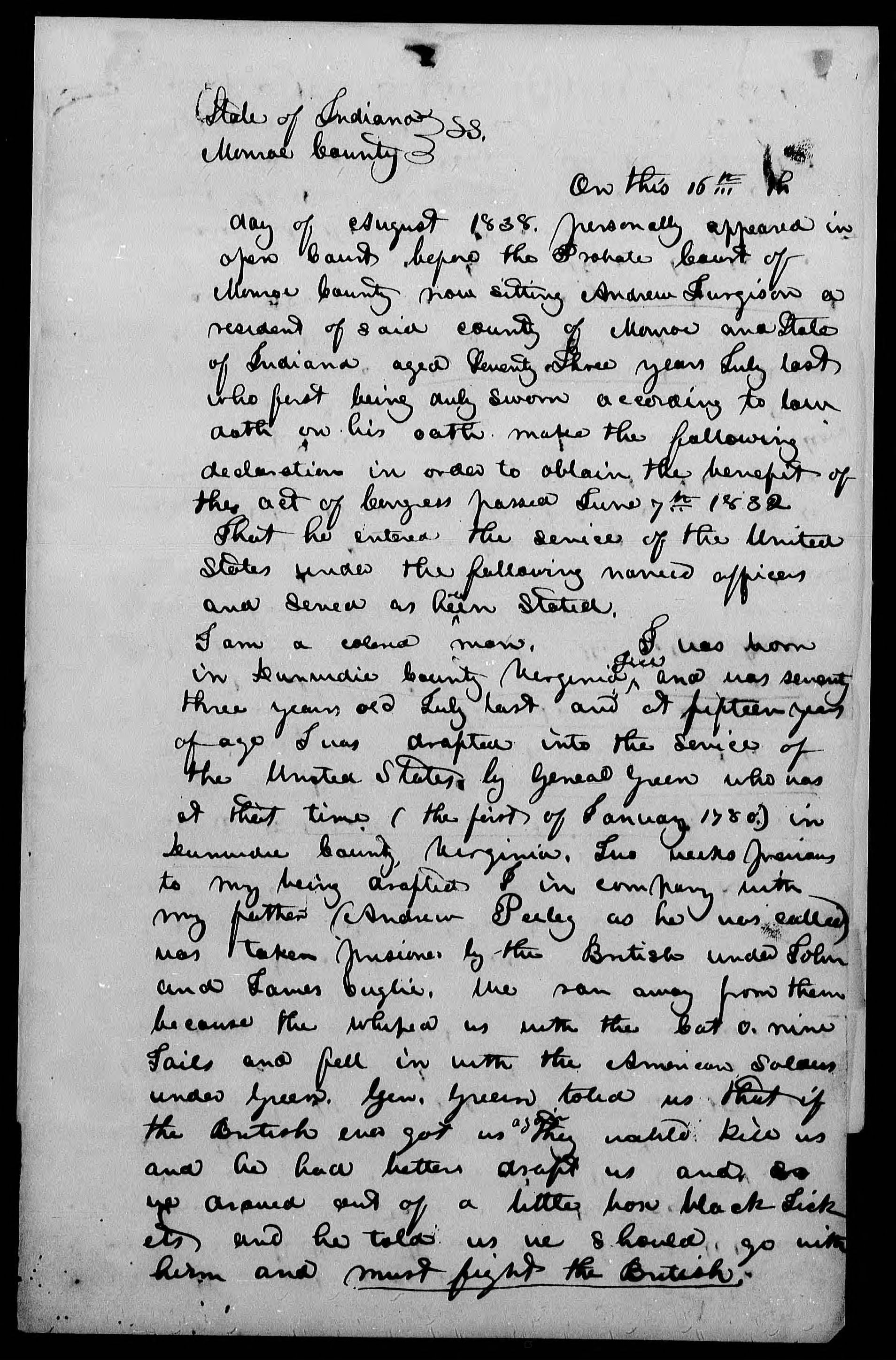 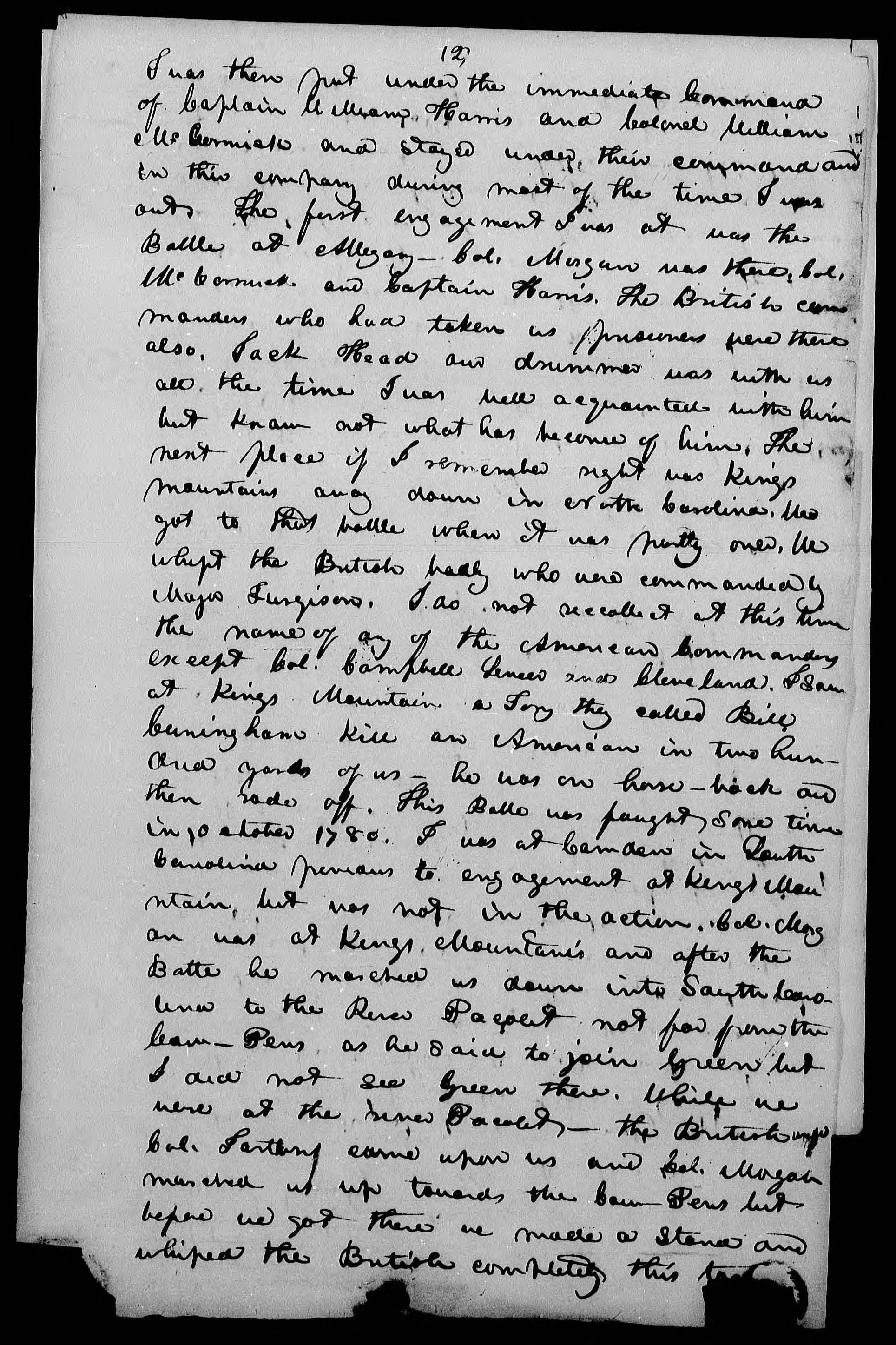 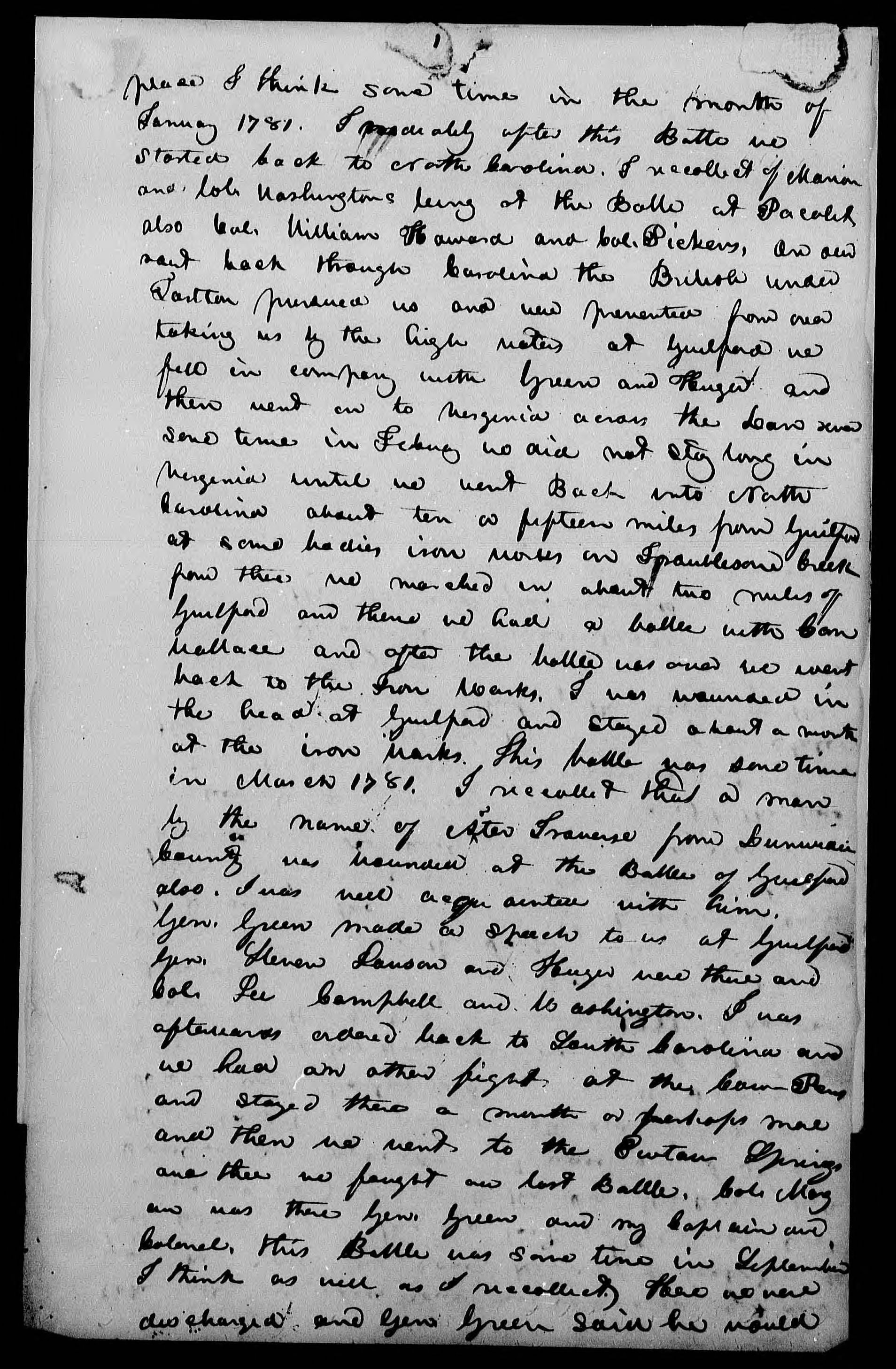 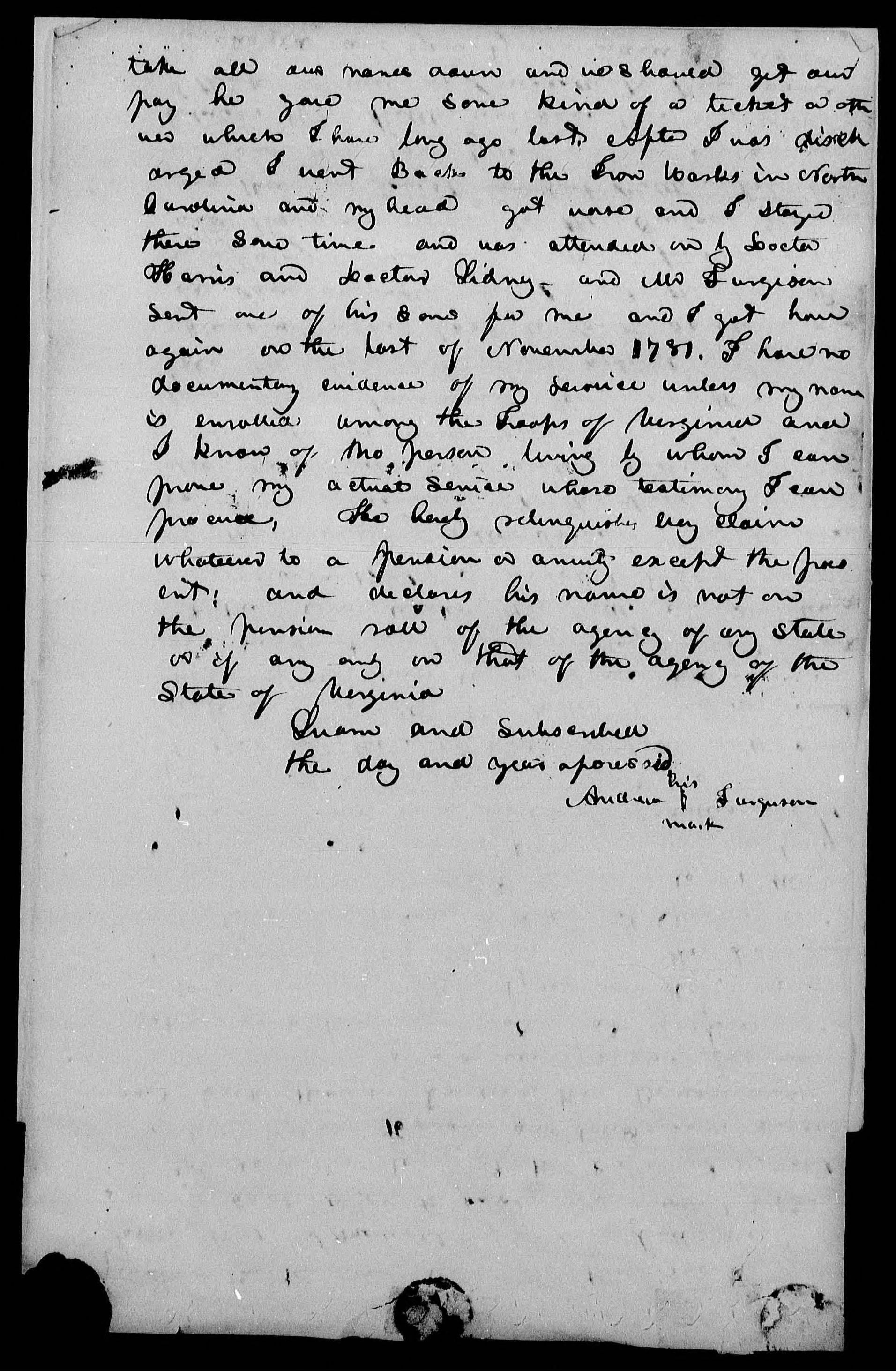 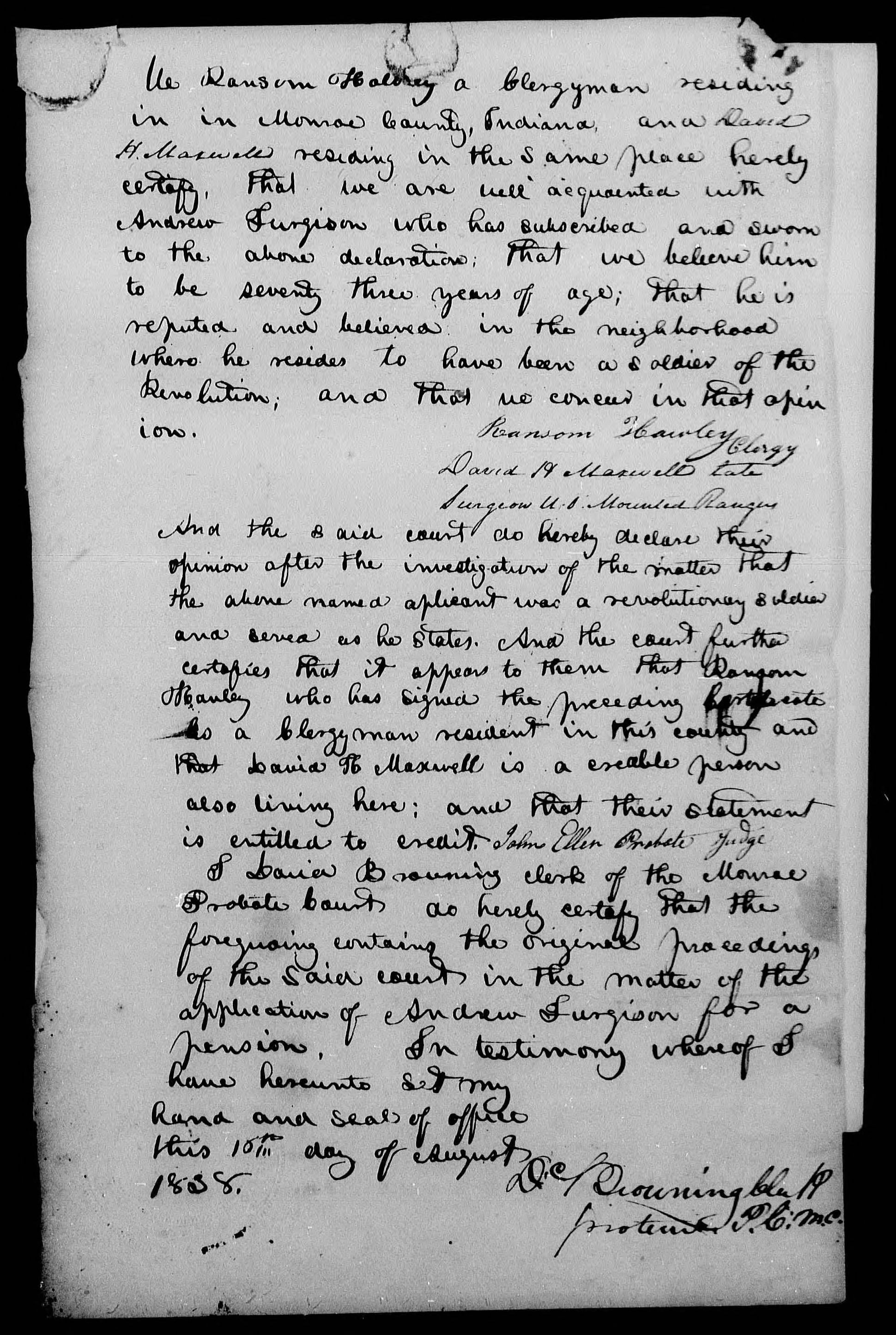 On August 15, 1838, Andrew Ferguson told the story of his military service during the Revolutionary War at the courthouse in Monroe County, Indiana. This document records his story and the testimony of people who could verify Ferguson’s claims. Ferguson told his story in order to apply for a veteran’s pension (financial assistance) from the United States Government. Six years earlier, in 1832, Congress passed a law that allowed men who had served at least two years in the Continental army, militia, or navy during the war to apply for lifetime pensions. Following the application requirements, Andrew Ferguson appeared before his local court and described his military service under oath. Ferguson described himself as a “colored man” from Virginia who had served at battles such as King’s Mountain, Guilford Courthouse, and Eutaw Springs. His application was successful, and he began to receive payments the following year.