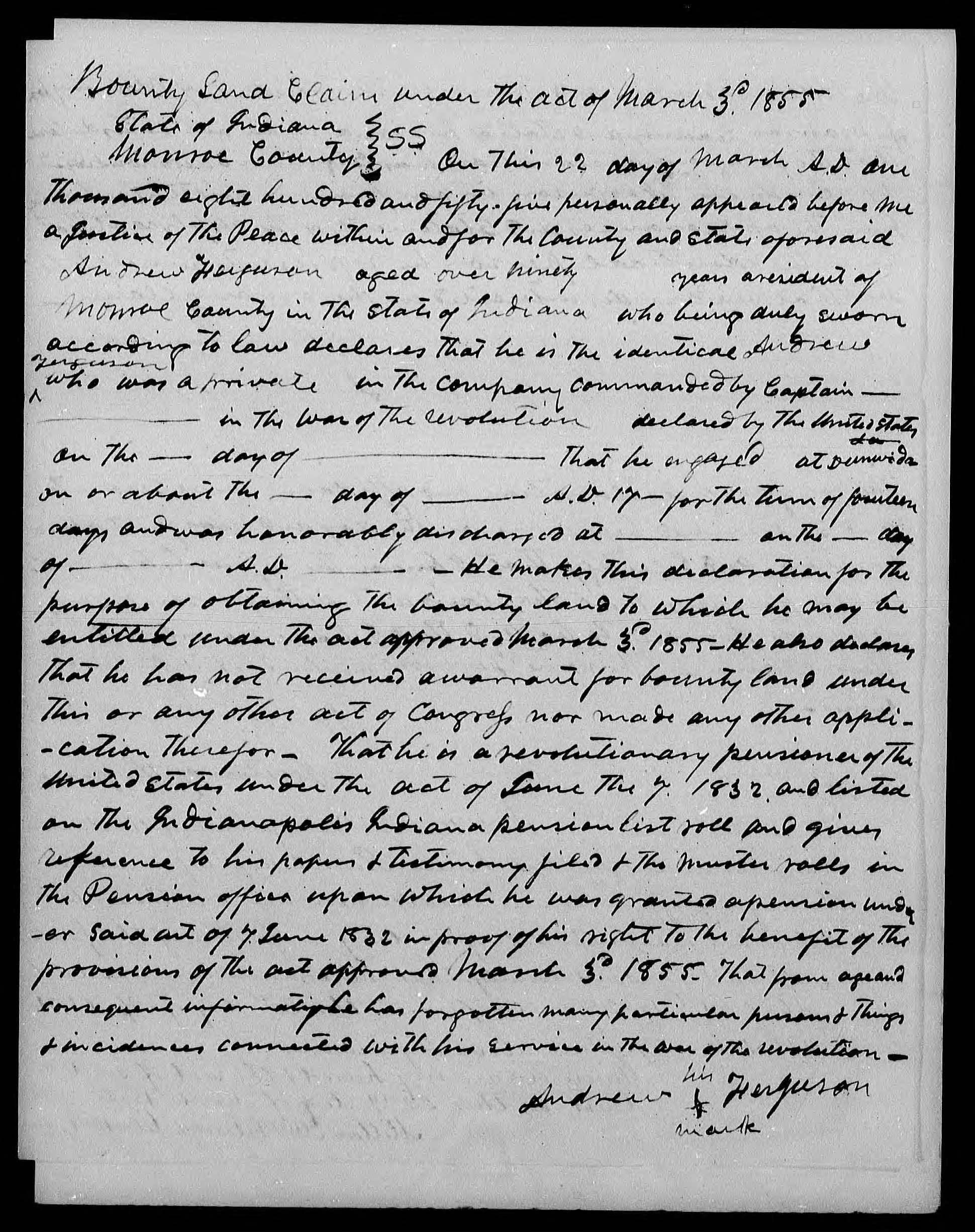 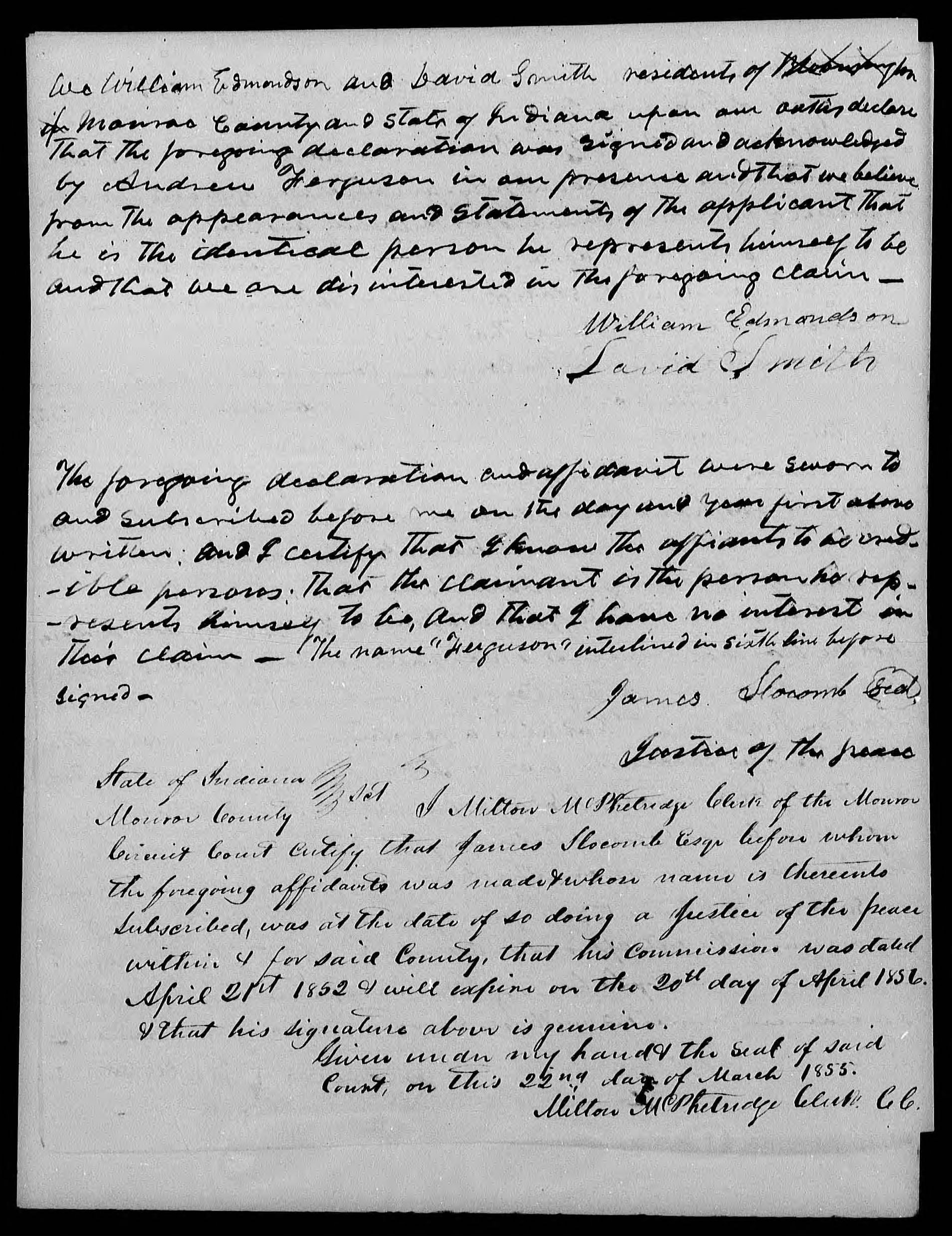 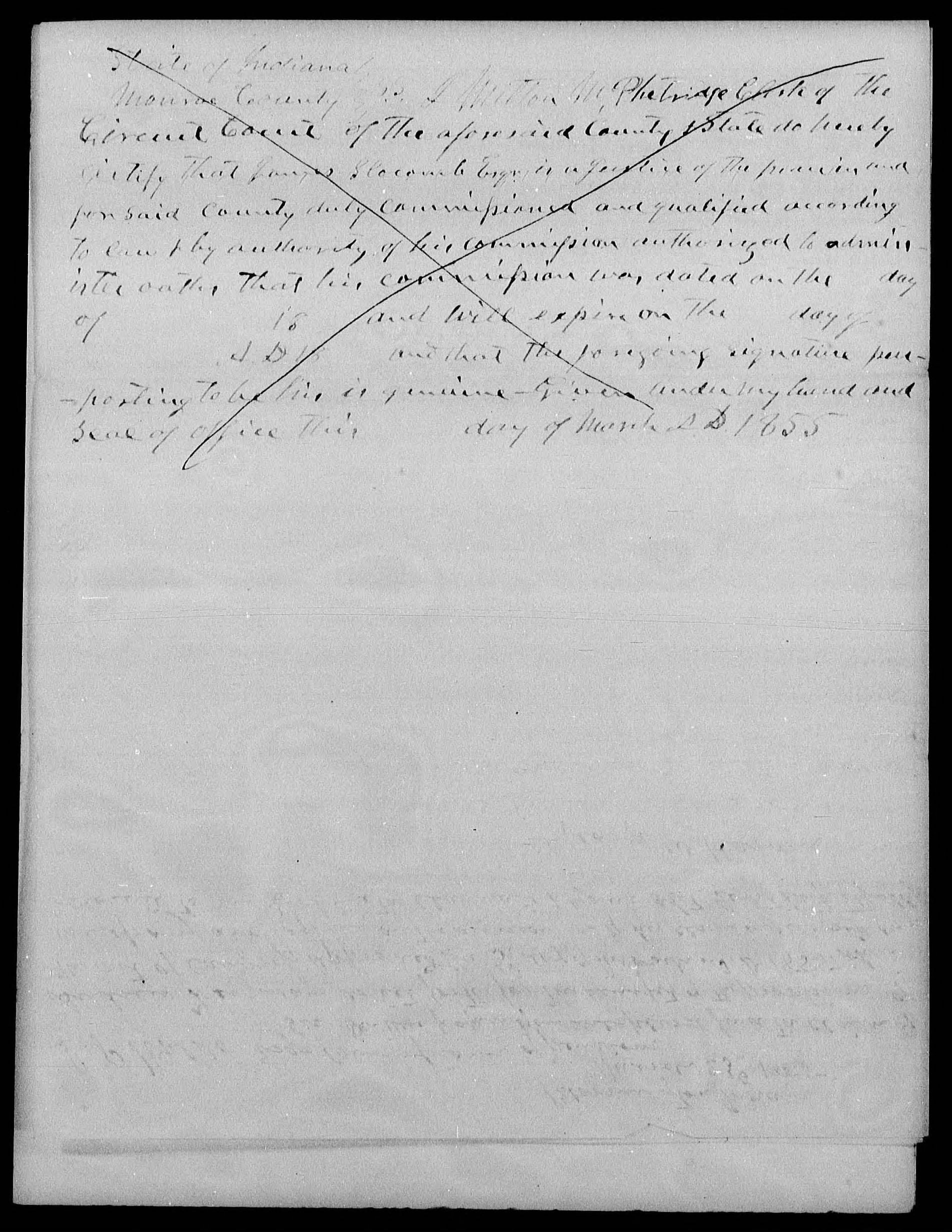 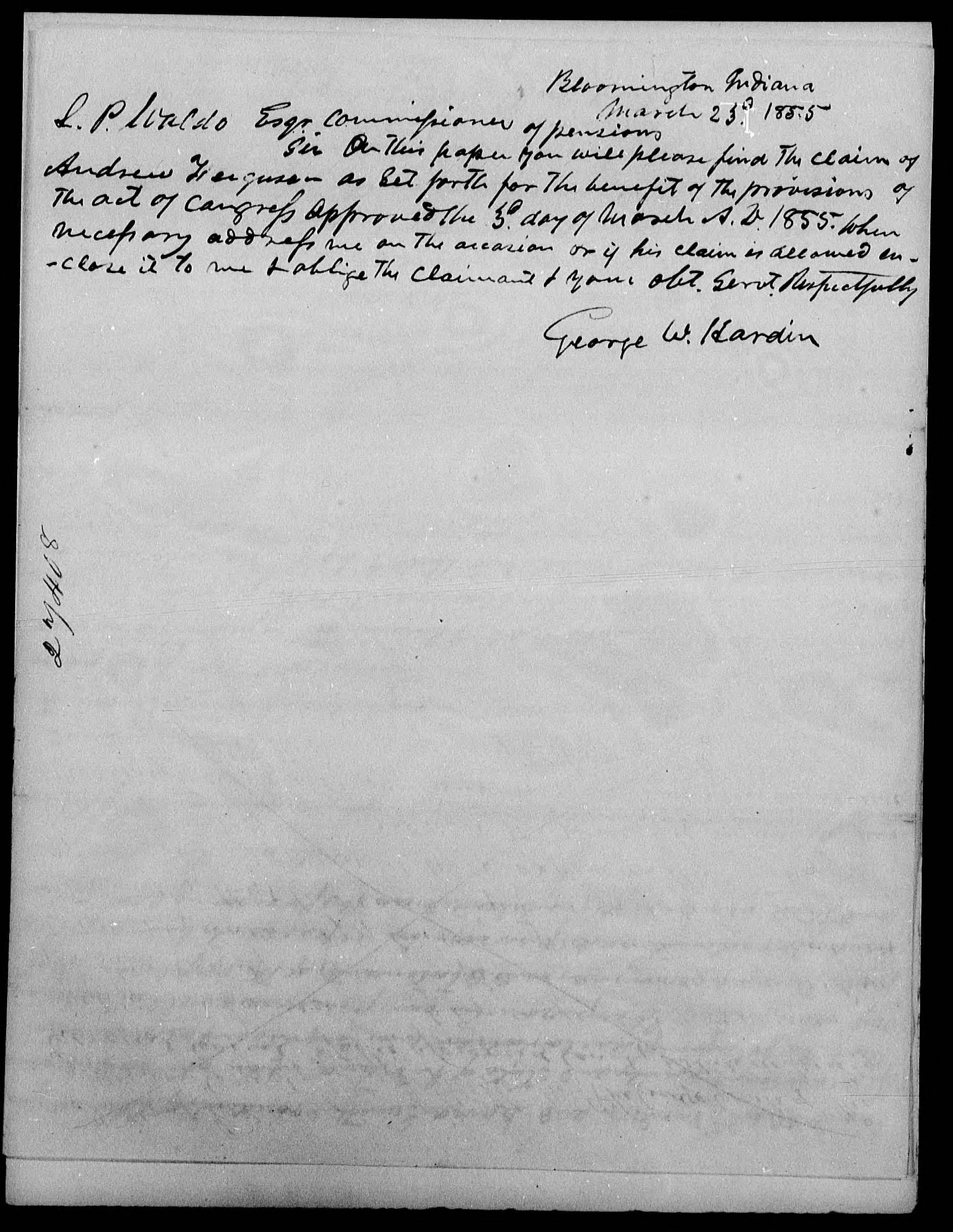 As a reward for military service during the Revolutionary War, veterans, like Andrew Ferguson, could apply to receive land in what is now the Midwest region of the United States. The land had been previously settled by Native Americans and taken over by the United States Government. According to an act passed by Congress in March 1855, veterans, their widows, or the children of deceased veterans could apply to receive 160 acres of land. This document records Andrew Ferguson’s application for his parcel of land. Ferguson’s application was approved, but he died in 1856, the same year he was granted the land.