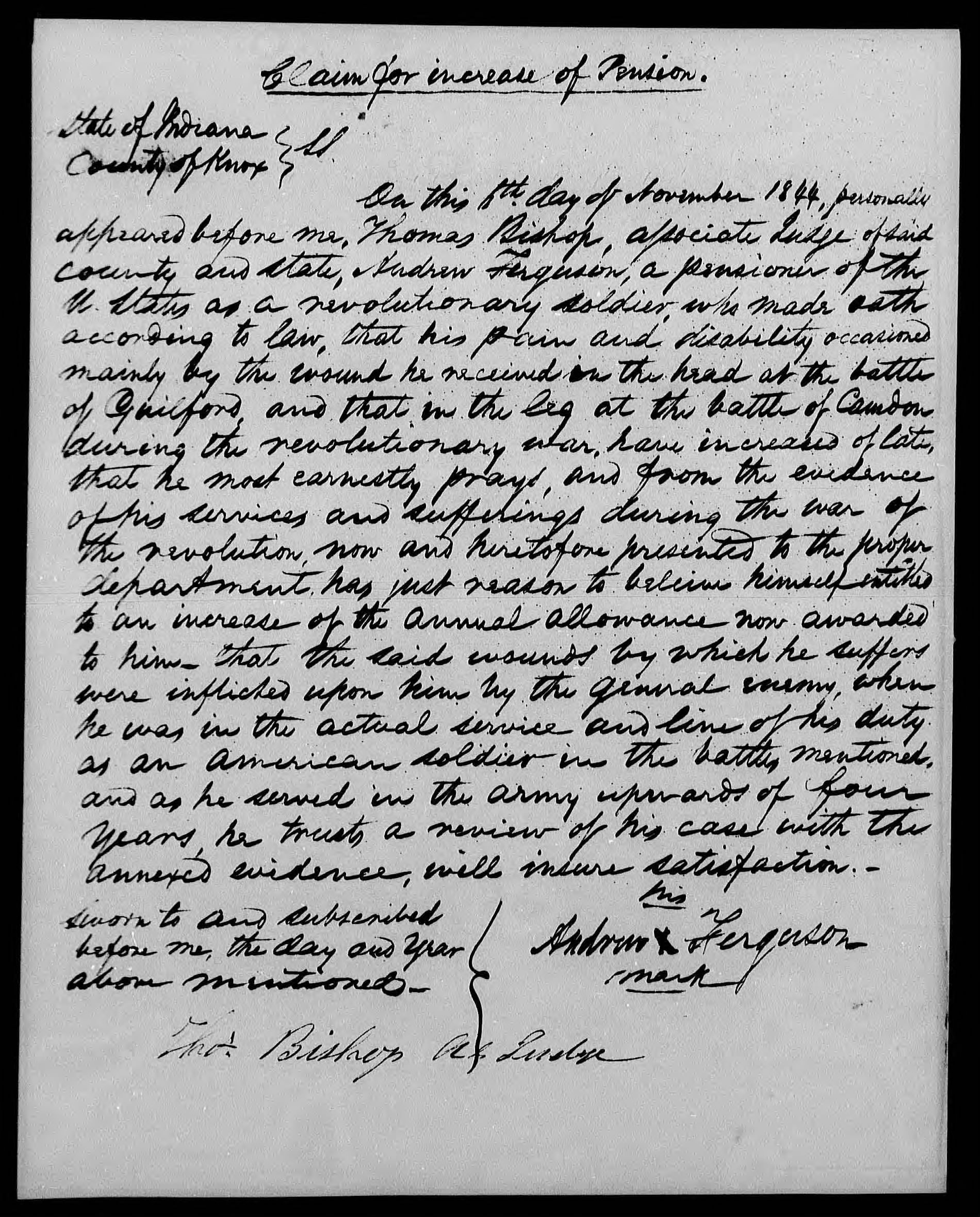 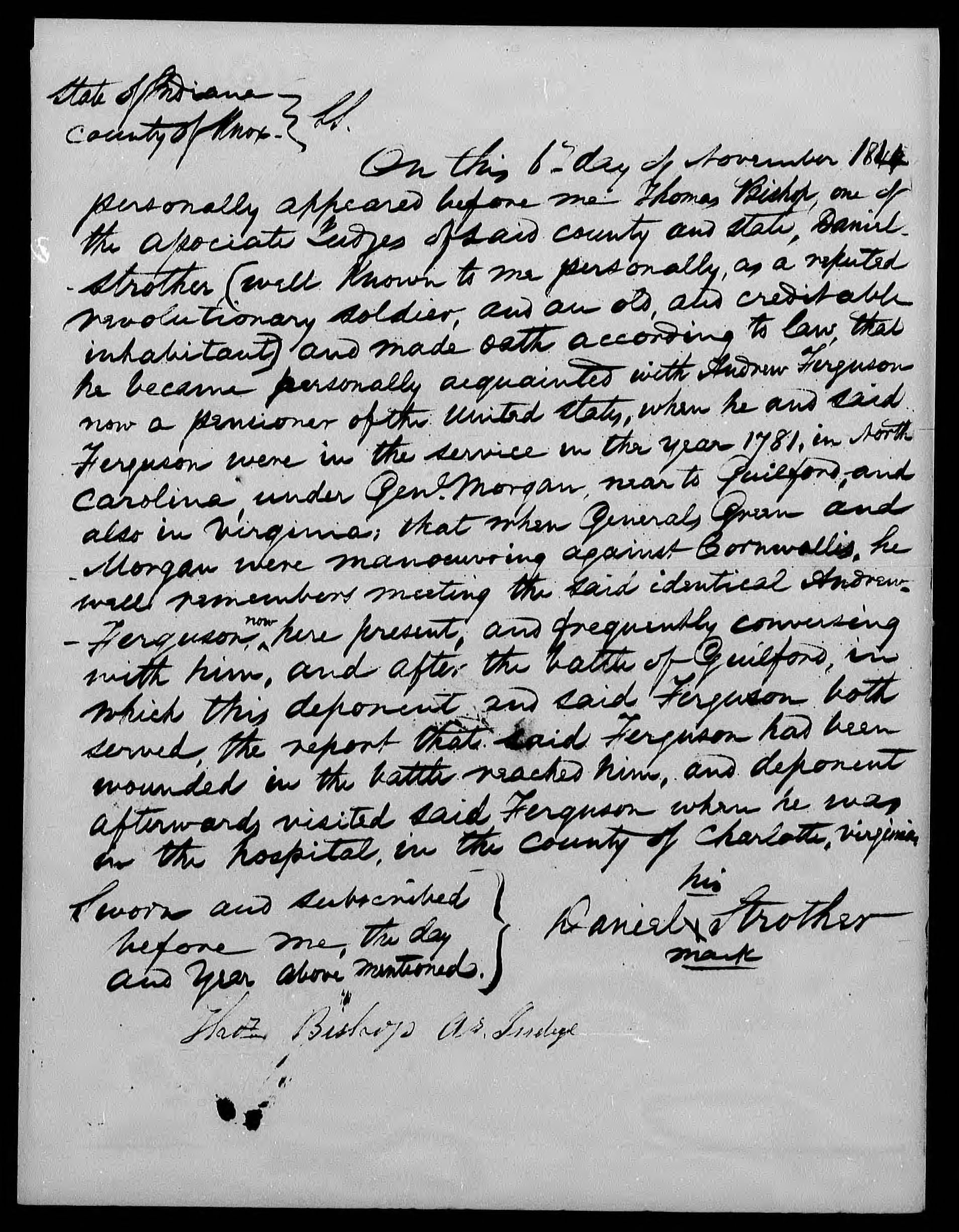 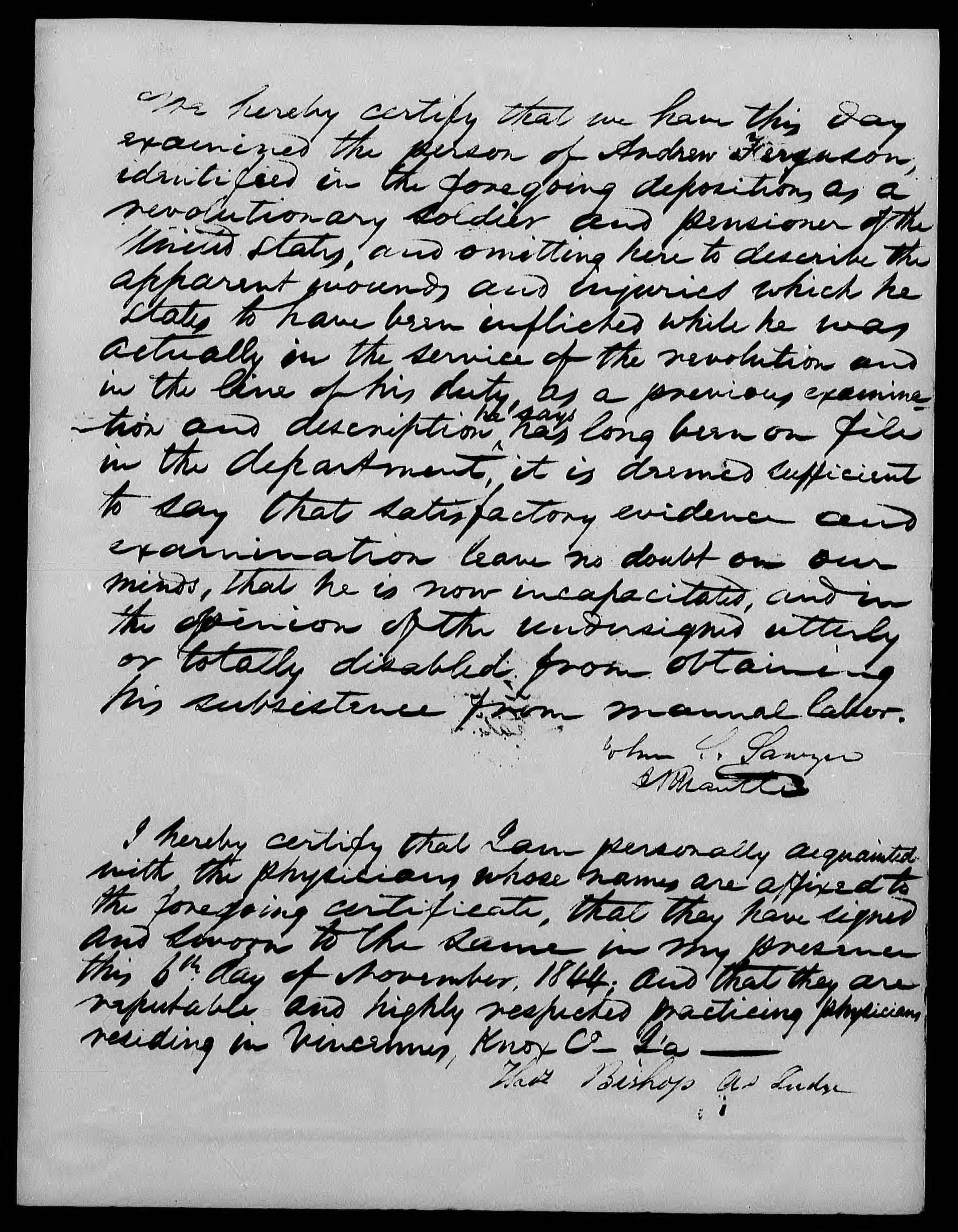 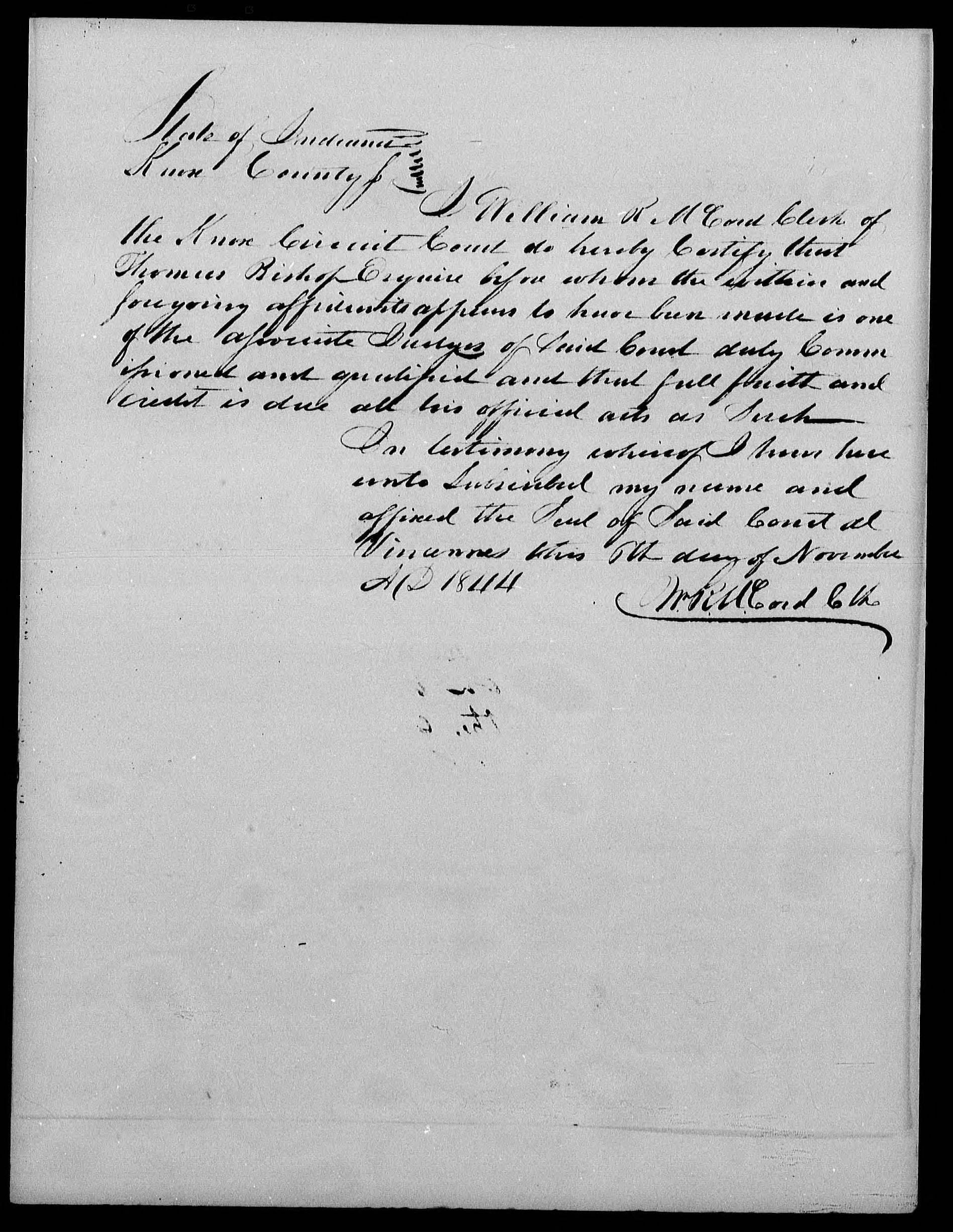 Andrew Ferguson traveled west to Knox County, Indiana, in 1844 to apply for an increase in his Revolutionary War pension payments due to the growing pain of his wartime injuries. This written record documents his testimony given at the county courthouse and the support Ferguson’s application received from a fellow Black veteran named Daniel Strother. According to his testimony, Ferguson was wounded in the leg at the Battle of Camden in 1780 and in the head at the Battle of Guilford Courthouse in 1781. Two doctors examined Ferguson following his testimony and agreed that his injuries prevented him from earning a living from manual labor. The doctors supported his claim for an increase in his pension payments, but the United States Government denied Ferguson’s request.