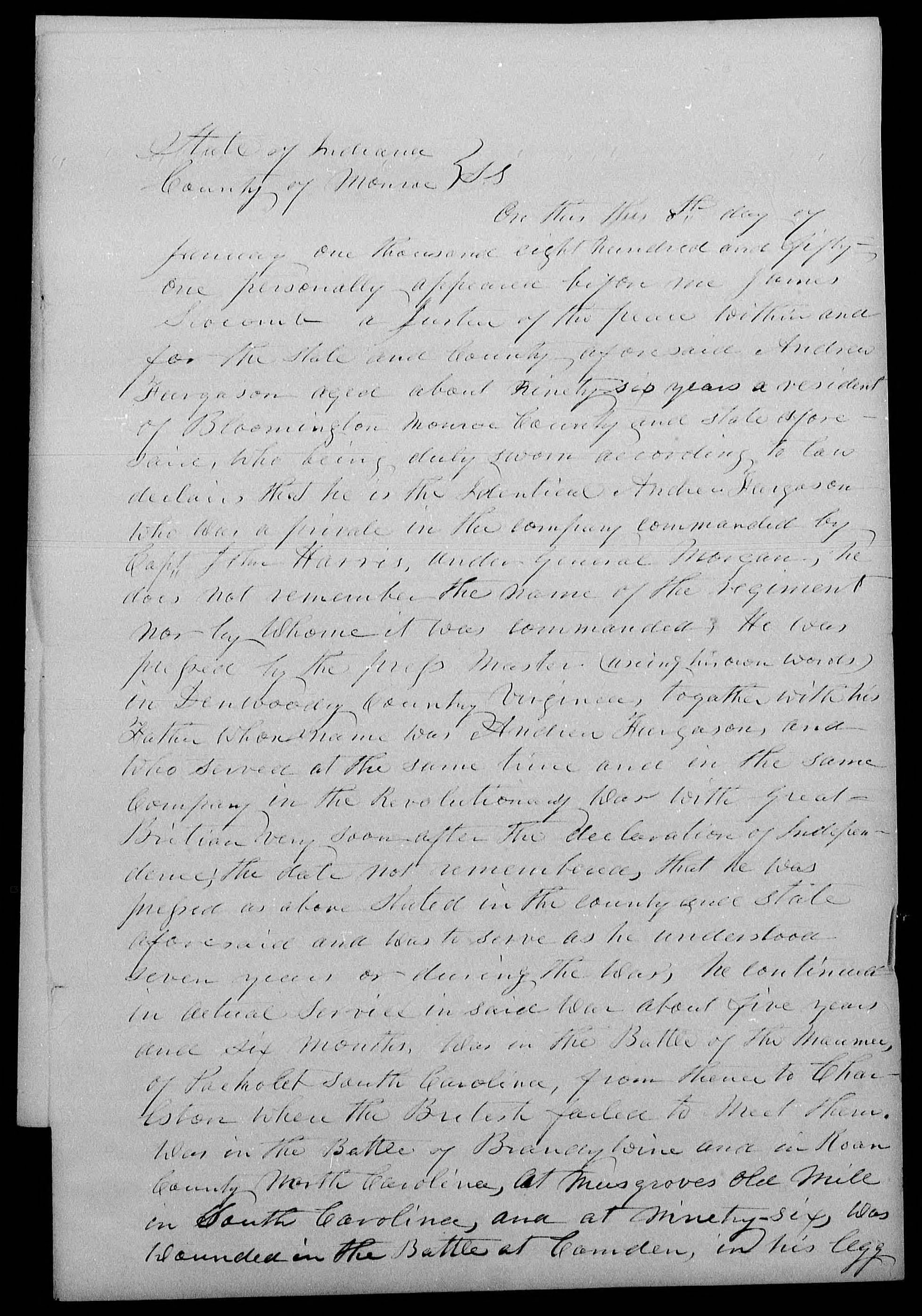 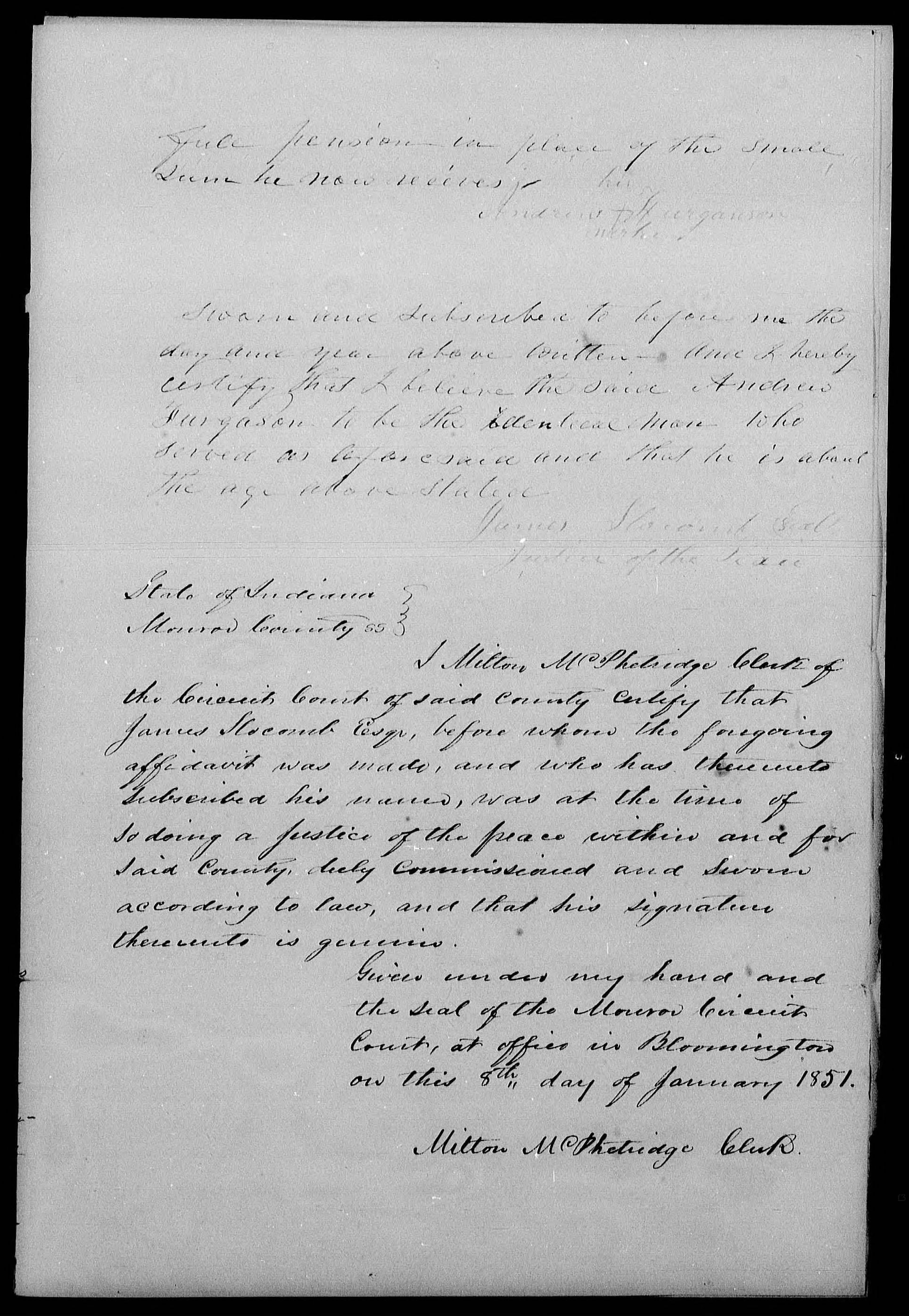 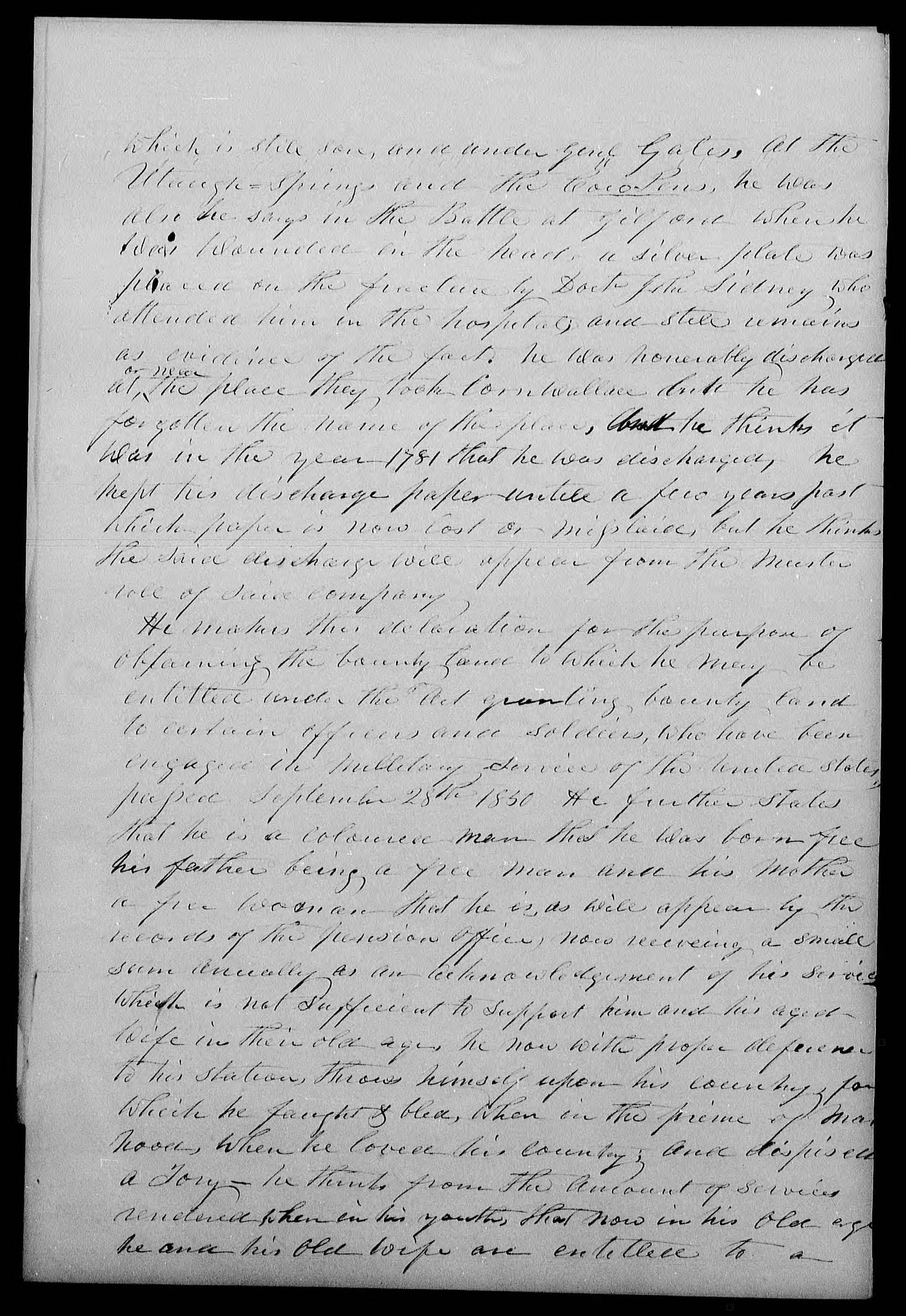 In 1851, Andrew Ferguson returned to the courthouse in Monroe County, Indiana, to describe his service during the Revolutionary and request an increase in his pension payment from the United States Government. Because of his old age (he was about 86 years old at the time) and the pain from his two wartime injuries, Ferguson could not support himself and his family. It is unclear if the government granted his request.