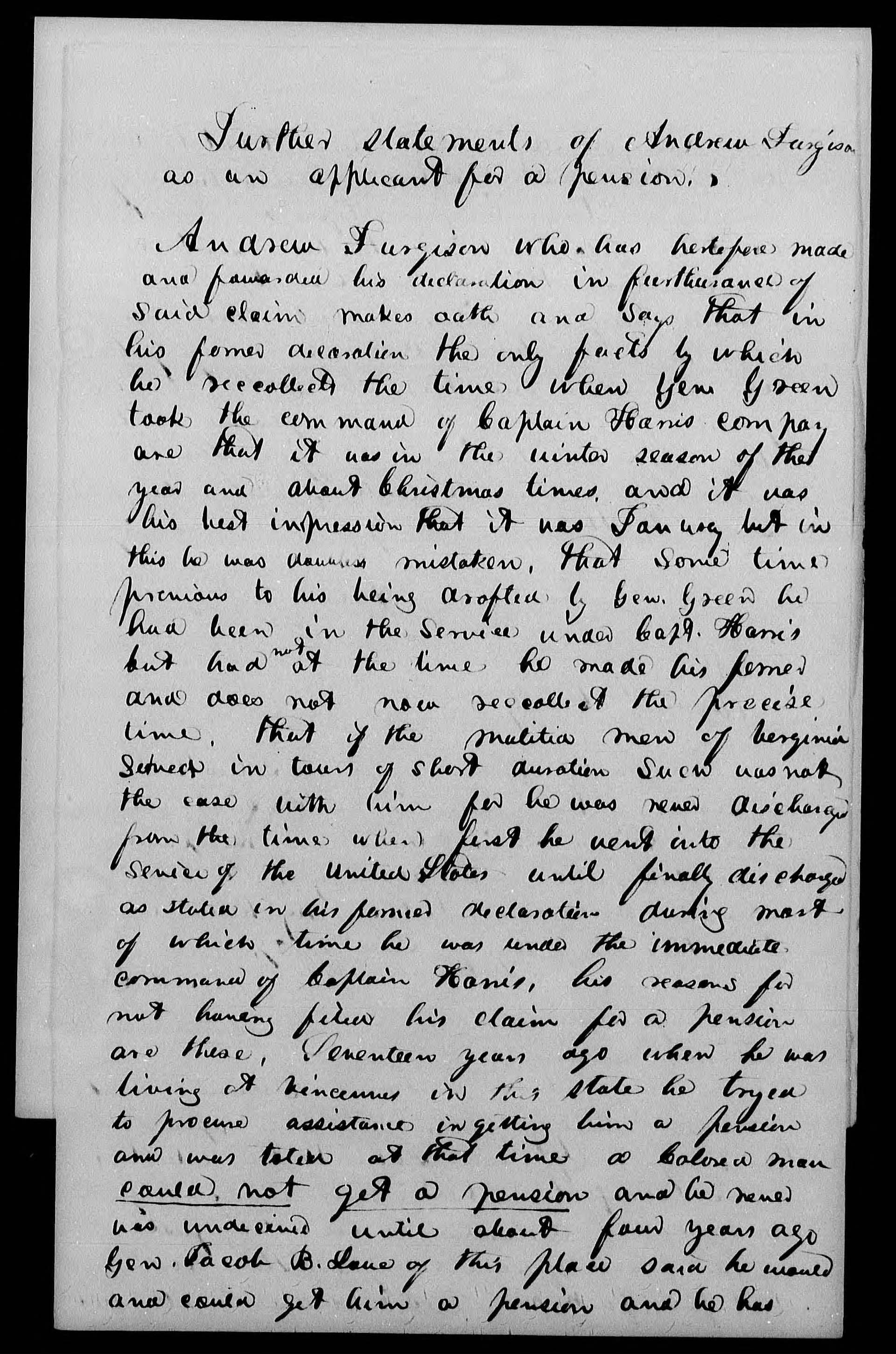 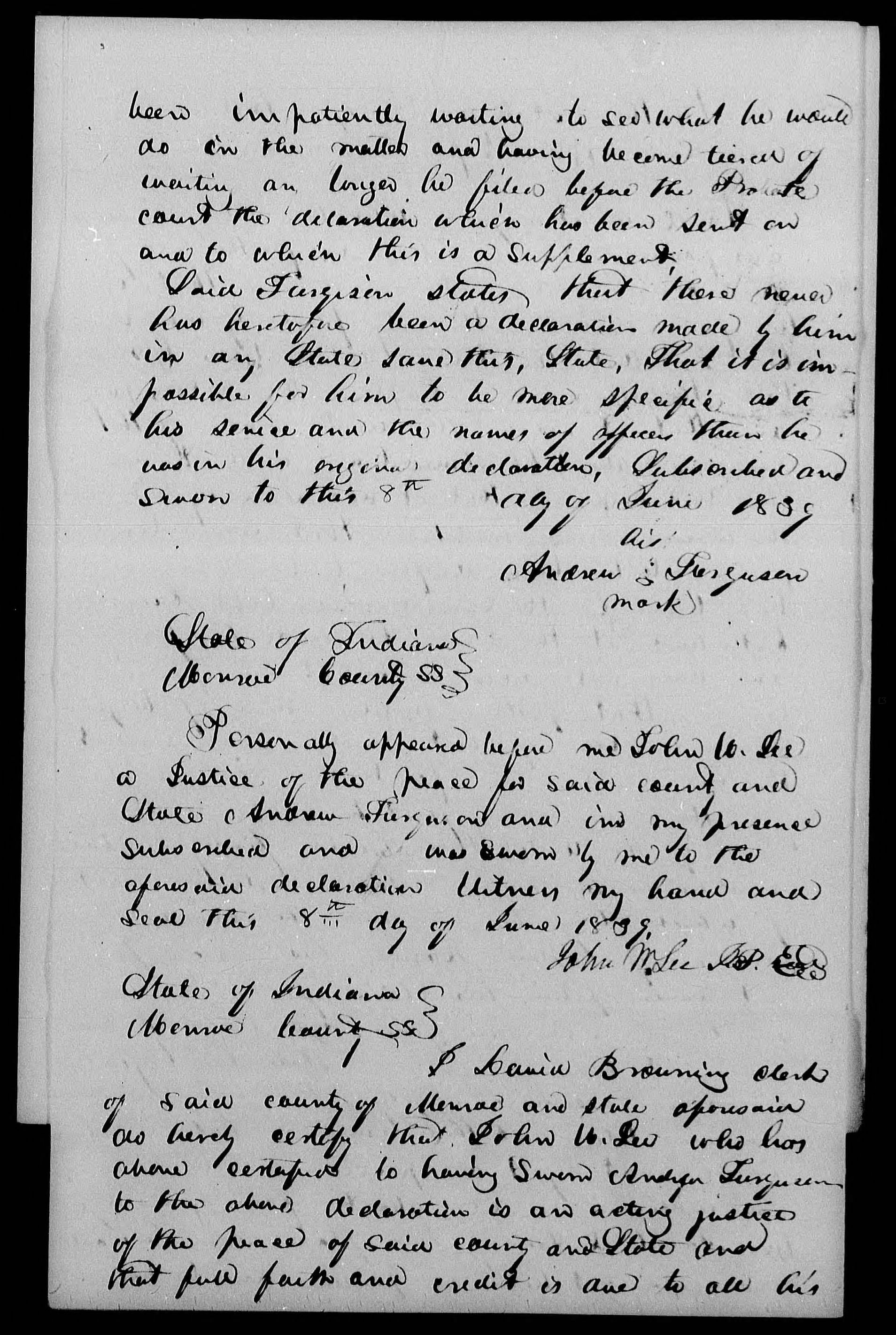 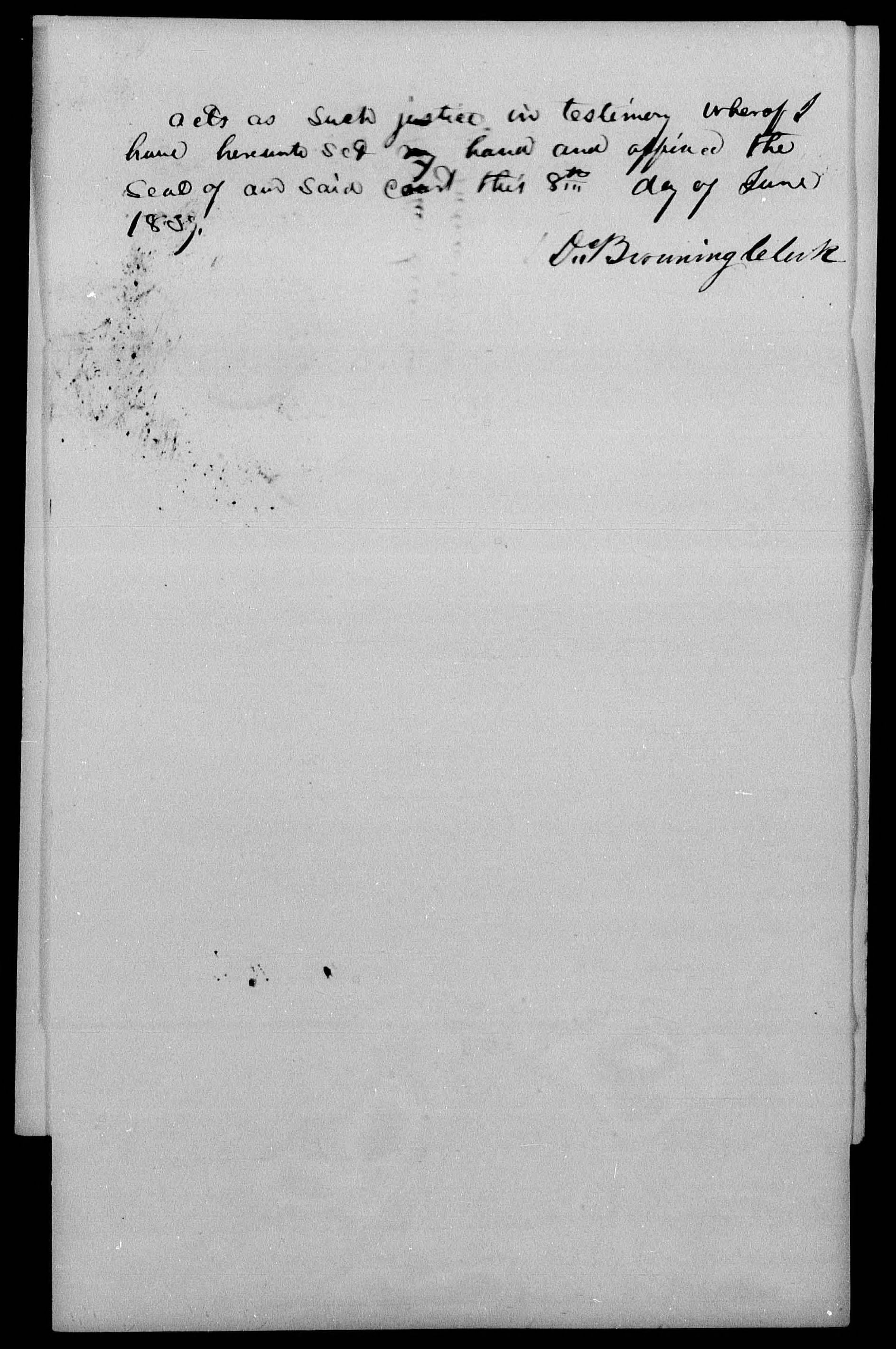 One year after he initially applied for a Revolutionary War pension from the United States Government, Andrew Ferguson returned to the courthouse in Monroe County, Indiana, to share more details about his military service during the war. This document records his additional testimony. Ferguson declared that he had hoped to apply for a pension 17 years earlier in response to Congress’s 1818 law that allowed impoverished Revolutionary War veterans to apply for financial support from the United States Government. However, at the time, Ferguson was told that “a Colored man could not get a pension.” Many veterans of African descent applied for and received pensions according to the 1818 legislation, but they encountered racial discrimination and intimidation during the application process.