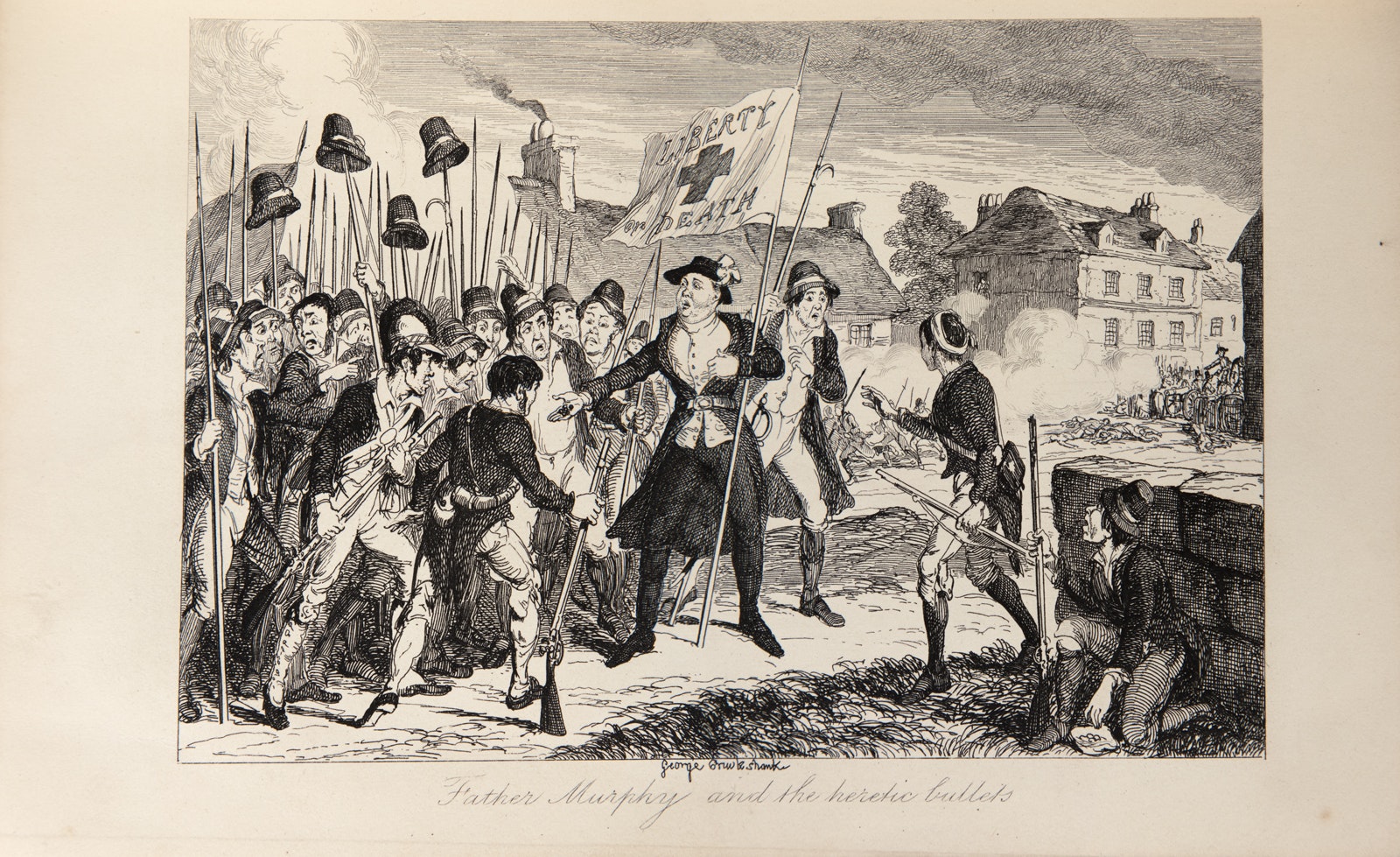 On June 9, 1798, Catholic priest Father Michael Murphy led a group of United Irishmen against British and loyal Irish forces at the Battle of Arklow in County Wicklow. Murphy carried only a green flag in battle emblazoned with a cross and the popular phrase from the American Revolution, “Liberty or Death.” The British cannon fire at Arklow killed Father Murphy and forced the United Irishmen to retreat.

“Father Murphy and the heretic bullets” from History of the Irish Rebellion in 1798 by W.H. Maxwell
Drawn by George Cruikshank
1854
Etching
DePaul University Special Collections and Archives