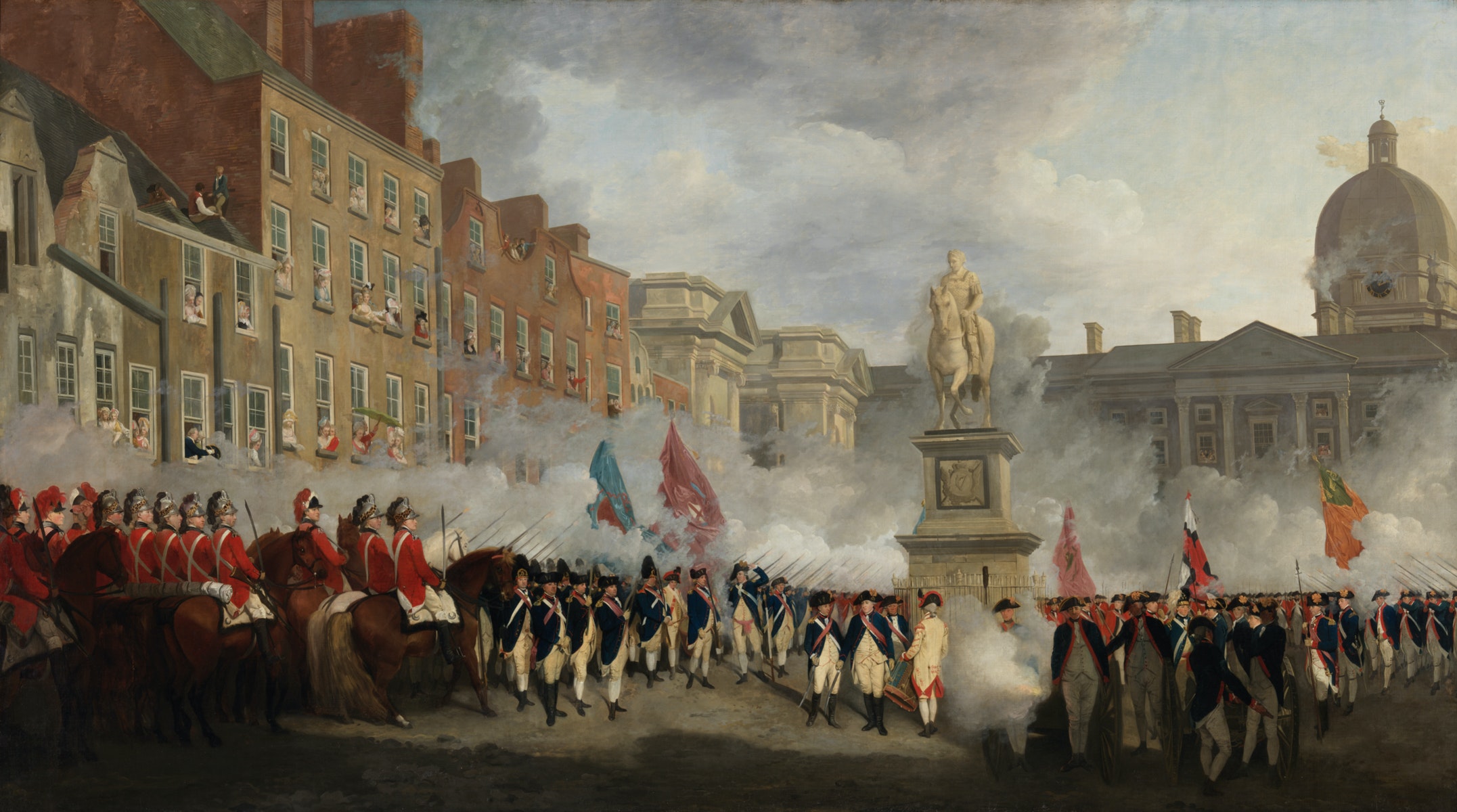 The Dublin Volunteers on College Green

In 1690, King William III solidified Protestant control in Ireland. November 4, 1779, marked the 129th anniversary of William III’s birthday. On that day roughly 1,000 Irish Volunteers gathered around his statue in Dublin. Firing their muskets and cannons, the Volunteers showed off their patriotism for Ireland and their willingness to defend the Irish Parliament’s right to govern the country without intervention from the British Parliament. Less than 20 years later, the men depicted here stood divided over establishing an Irish republic separate from the British Empire.